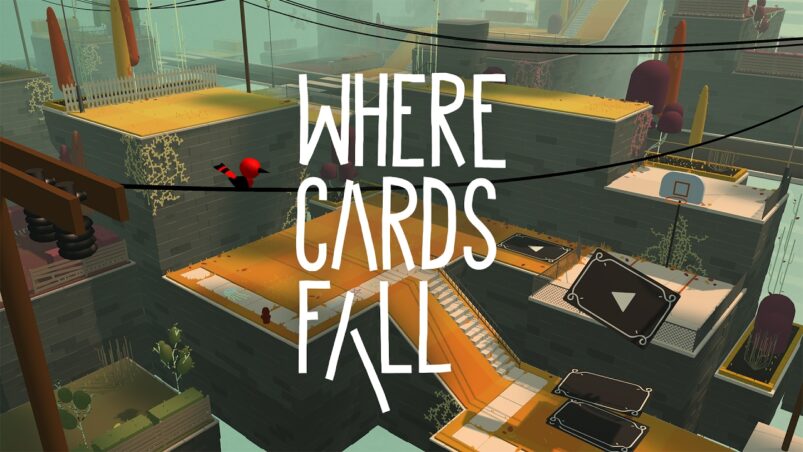 Where Cards Falls is a puzzle game with light platforming developed by The Game Band. The puzzles in the game are based on a unique and interesting mechanic where in each scenario the players are thrown into an arena where in cards can be moved around and raised up to build a literal house of cards. These cards are then used to bridge through various pathways in order to find the way to the end of that puzzle.

This unique puzzle mechanic is hard to explain in writing but is very simple to understand once seen in the demo. And as the game goes on, the players are introduced to new card decks to build different structures and other obstacles to pass through. All of which provide new challenges of varying difficulty. The game is very simple on the surface but the puzzles do get harder and harder as the game goes on, with the players needing to place and direct various cards in the right places in order to complete the puzzles and overcome the obstacle.

And that’s all I can say for Where Cards Fall’s gameplay. The game is simple in more ways than just the mechanics though. In the game, players follow a person over the years as they go through various points in their life. Mostly centering on them growing up in a coming-of-age story. The narrative is driven by story cut scenes in which the characters speak gibberish as they perform the story beats.

There are some interesting touches where characters, which are in the background, appear hazelike as this is supposed to be a story being recalled by our main character so only they have the general details to filled in. There are also eyes on the walls which seem to indicate characters who have faded into the background though vaguely remembered.

Through the story, we go through, what I called a very basic coming-of-age story. It is not remarkable, in my opinion. But the art style of the game is cute and pleasant to look at, and the music is pretty ok but nothing remarkable. Still, it fits in with the tone of the game. The best art comes out during the so called dream sequences in the game as the character is traversing psychedelic worlds in the clouds. This has its own gameplay mechanics that actually complement the other levels. Overall, this part is a welcome change of pace.

On the whole, the game lasted me roughly four and a half hours till the end, clearing through all the puzzles and sections. The main mechanic of building with the cards is great and interesting and I think that the puzzles in the game highlight that. The art style is good and playing it is generally a pleasant time. The story, however, is unremarkable but at the same time it was not bad – just something that was needed to plot together the puzzles, and it does that well.

Where the Cards Fall is a pleasant game. Its main gameplay mechanic involving the cards is unique. The background music is soothing. And despite the story being unremarkable as it is, it does string together the various levels at play pretty well, and manages to carry the game fine through its run time. 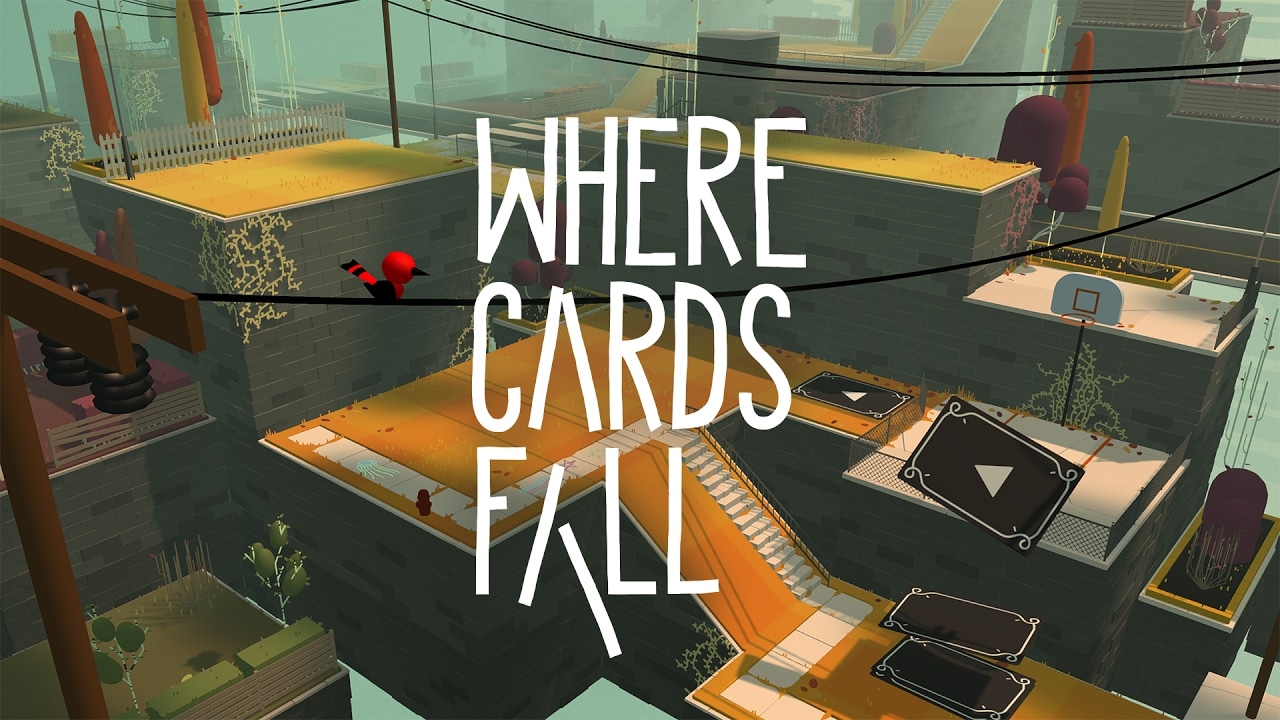 Where Cards Fall – Review
Score Definition
We tell you, it’s a good game! It’s not average! It might have some problems here and there, but you have to admit it is a “Good” game.
Pros
Unique Gameplay Mechanic
Pleasant Music
Good Arstyle
Cons
Unremarkable story
7
Good