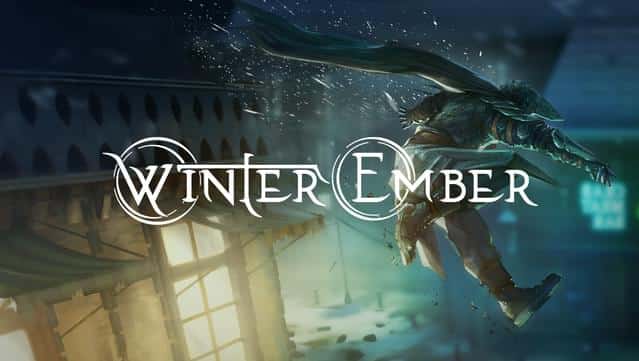 Publisher Blowfish Studios and developer Sky Machine Studios announced recently that their stealth sandbox action game, Winter Ember, will launch on PS4, PS5, Xbox One, Xbox Series X|S, and PC (via Steam and GOG) on April 19th, 2022. A Nintendo Switch version of the game is also planned. No further details yet have been announced on the Switch version.

“Winter Ember is a stealth game driven by player exploration and intrigue,” said Blowfish Studios CEO Ben Lee in a press release. “Within the darkness, the truth can be revealed, and we can’t wait to let players uncover the mysteries of Anargal when Winter Ember launches on April 19th.”

(From the game’s official page)

Set in Victorian-esque world, Winter Ember follows the story of Arthur Artorias, a faceless man in pursuit of answers and revenge. Returning after a near-decade of exile to the city of Anargal, where he was stripped of his family, fortune, and past, Artorias clashes with Greater Heaven, a tyrannical religious militant faction that has seized control of the town in his absence. To survive his homecoming, Artorias must rely on his wits and use the darkness to his advantage.

Infiltrate and explore vast Gothic sandboxes brimming with treasure and mysteries to uncover. Move quickly and quietly through the shadows while surveilling the environment, and peering around corners and through keyholes in search of lurking enemies and hidden passageways.

In Winter Ember, there are multiple paths forward and solutions to every problem. Stalkers are rewarded for studying their surroundings and identifying less obvious modes of entry or egress.

A True Stealth Experience:
As Arthur, you must stick to the shadows, infiltrate homes and explore hidden passageways; but be careful not to be spotted! Choose your playstyle: knocking out enemies may keep them quiet for some time, but they will eventually wake up; a quick slice to the throat may be a more permanent solution, but the bloodstain you leave on the carpet might be a dead giveaway! Keep your wits about you, dispose of bodies, peek through keyholes, and pickpocket unsuspecting victims.

Deep Arrow Crafting System:
Prepare for your mission by planning your loadout. With over 30 arrows to craft, experimentation is key to your success! Do you craft a smoke arrow to blind your opponent, or do you add on a poison element to create poisonous gas? Use your arrows offensively or defensively: break down weak walls with a blunt arrow to surprise your enemy, or use a rope arrow to reach a higher place and take out your enemies from a distance.

Skill Tree:
Customize your playstyle from 3 distinct skill trees – stealth, combat, and utility. Unlock over 70 unique passive and active skills to choose from and seek vengeance your way.

Explore a Dark World:
Return home to the cold Victorian town of Anargal, on the verge of a technological breakthrough. Infiltrate and explore vast environments brimming with treasure and mystery. From rival gangs to unique characters, approach each scenario in a myriad of ways. Take advantage of the environment, find solutions to every problem, and move past any challenge standing in your way.