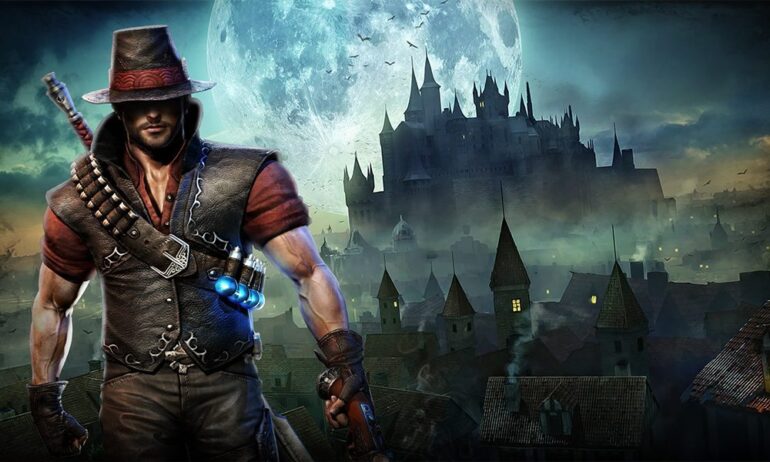 Wired Productions and Haemimont Games are pleased to announce their first hop along the Hollywood walk of fame – a new short film produced hand in hand with industry veterans, Troma Entertainment! This new short film, shot deep in a London crypt, debuts today in celebration of the recent launch of Victor Vran: Overkill Edition, starring none other than Troma CEO and cult legend, Lloyd Kaufman alongside The Toxic Avenger and a few familiar gaming industry faces…

The teams at Haemimont Games and Wired Productions are delighted to see Victor Vran become the latest of only the most exclusive and highly regarded video game titles to be immortalized in film.

A spokesman, who refused to be named said, “This really is the movie that nobody has been crying out for. We only hope the fans can appreciate the creative vision and enjoy watching it as much as we did making it.”

Lloyd Kaufman, when approached, said, “What the hell is this!? Wired – they owe me money!”

This first and likely last film from Wired Productions has been lovingly titled ‘F#ck You Lloyd Kaufman: An Interview from Hell’ and was shot in digital format. The film was created with love for Lloyd to mark his starring role in Motörhead: Through the Ages and was shot in true Troma fashion – viewer discretion is advised.

Victor Vran is an award-winning, isometric action RPG that encourages players to venture and vanquish to their liking. Lloyd Kaufman stars as the in-game pub steward, the middle man between Victor Vran and rock icon Lemmy in the Victor Vran addition Motörhead: Through the Ages. The brand new console version has been built from the ground-up using developer Haemimont’s proprietary engine, delivering outstanding performance at 60fps along with local co-op for 2 players and online co-op for 4 players, which includes daily and weekly maps. Victor Vran: Overkill Edition is out now on PlayStation 4, Xbox One and Steam.