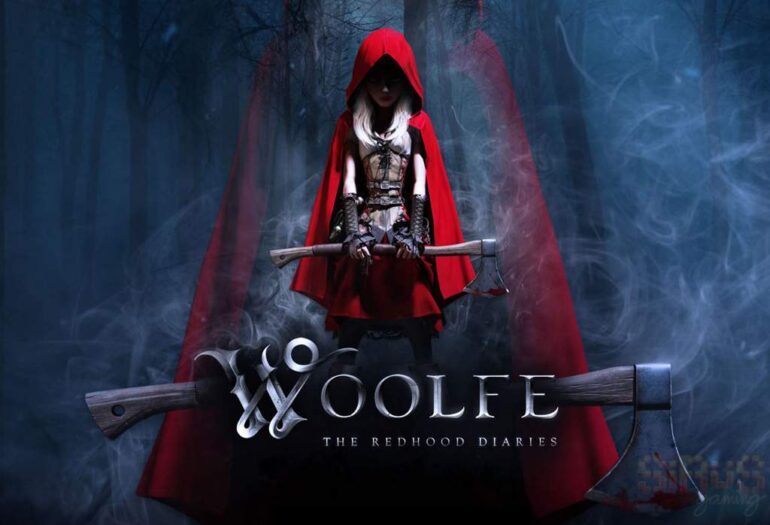 “This is not a fairytale, there’s nothing fair about it”, a tagline which showcases the truth of our beloved little Red Riding Hood story… a dark story. Developed by GriN, Woolfe: The Red Hood Diaries is a hack n’ slash action adventure platform game with a dark-themed narrative similar to Alice: Madness Returns.

The adaptation of Woolfe: The Red Hood Diaries is focused on a dark fantasy fairytale narrative which has become a trend today. Tim Burton’s Alice in Wonderland is a great example of this dark fairytale. The game starts off with the narration of Red Hood about her desperate taste for revenge to the person who killed her wonderful dad. Traveled secretly to a town that is guarded by an army of menacing human sized tin robot toys, Ulrica; Red Hood needs to search for the infamous founder of Woolfe Industries to discover the truth behind her father’s death. Red Riding Hood’s story in this game was greatly narrated that makes the classic fairytale interesting in all ways – dark.

Woolfe: The Red Hood Diaries has 8 relatively lengthy chapters with unique objectives and obstacles. The game focuses on hack n’ slash action than a regular adventure platform game. Red Hood’s only weapon is an axe with an ability to do certain special attacks. Unfortunately, Red Hood Diaries became sluggish with only one weapon to use in the entire duration of the game. Even with the lack of weapons, there are diary pieces that’s disguised as the Woolfe Industries logo which you can retrieve at places that doesn’t require too much struggle. These diary fragments include stories and newspaper articles that are, somewhat, partly significant to the narrative. With interesting fragments of the diary that are scattered around the lonely town of Ulrica, the Red Hood Diaries also features two iconic fairytale villains who are considered as Bosses. Despite the game’s lack of weapons and possible upgrades, the chapters’ unique adventures of Red Hood Diaries were able to prevail and covered its lack of in-game items.

The controls of the game are well coded and the character moves astonishingly smooth. The only issue that most players will have is its control key mapping. Common games nowadays use WASD for movement and the mouse for attack moves. However, the classic arrow movement controls is back in The Red Hood Diaries and basic attack moves are weirdly mapped to A and S. It took me some time to be comfortable with the controls though. Aside from keyboard controls, the game also supports Xbox controllers. Sadly, for those gamers who only have generic gamepads, the game doesn’t detect your hardware due to unknown reasons. Even if the game has some weird control keys mapped, the action adventure platform title response to command actions is still flawless. Hopefully GriN will make a patch to make generic gamepads supported on the game.

The game’s visual presentation is acceptable for its ambiance and dark-themed narrative. The character details and designs are good for a current title. The game’s lifeless facial expressions go disappointingly with its sluggish dialogue and voice acting for the entire game. And aside from its dull voice acting, there is also one thing to note that’s not entirely bad – its over-contrast lighting effect that made the vengeful Red Riding Hood glow weirdly too much. The magical effect on special attack moves are not entirely magical in a way, especially the blue aura that bursts out when Red Riding Hood slams her axe on the floor. But despite how lifeless and inexpressive the characters are, the fascinating details and magical -themed levels with its dark fantasy musical score were able to make The Red Hood Diaries stand out to show that the game is still great.

Woolfe: The Red Hood Diaries gives out the classical fairytale into a dark fantasy with full of vengeful ambiance on its dull voice acting and expressions but redeemed by its solid narrative.

This review is based off from the review copy provided by GriN.