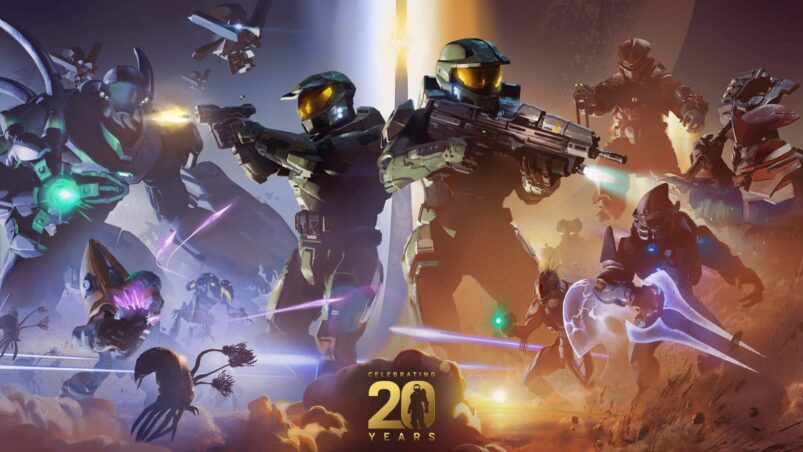 The highlight of the Xbox 20th Anniversary Celebration livestream was the announcement of Halo Infinite Multiplayer being live starting today. This confirms all the rumors and leaks prior to the event.

But to elaborate more on what transpired during the livestream, here’s a quick summary:

With a short trailer, Microsoft launched the Xbox 20th Anniversary Celebration Livestream, detailing the console’s past. Robbie Bach, the first Head of Xbox took the stage to reminisce about the first Xbox console.

Power On: The Story of Xbox

In Power On: The Story of Xbox, we learned about how Microsoft’s DirectX team worked together to create a console that was initially “held in place by chewing gum and paste.” Yes, the fabled “Duke” controller will be discussed in this film.

The full documentary will be released later this year.

When is the release date of Power On: The Story of Xbox?

IMDB TV, YouTube, Redbox, and other platforms will be able to stream Power On: The Story of Xbox on December 13, 2021. Xbox Fanfest attendees will get a first look at it, as well.

Power of Games to Bring People Together

Phil Spencer discusses the Power of Games to Bring People Together in a New Interview.

He appeared on stage in a Halo Infinite t-shirt after a montage of celebrities discussing the Xbox in the past. It was a surprise to hear Spencer’s heartfelt message about gaming and how it connects people.

I enjoy spending time with “the ridiculously talented teams both here at Xbox and across our industry,” Microsoft CEO Phil Spencer said. His message was dedicated to game developers, as he sees them in a unique position to help shape our world. He thinks that as an industry, their work doesn’t come to life until the players enjoy it. And Spencer thinks that because of them, Xbox’ passion has become as widely accepted and as important as it is today. “You are a powerful force,” Phil Spencer added.

When Phil Spencer announced Xbox One Backward Compatibility to thunderous applause and cheers from the audience, followed.

Peggy Lo, the head of Xbox’s compatibility program, then took the stage to announce that as part of the Xbox 20th anniversary celebration, 70 new games would be made available via Backward Compatibility. Among the most awaited games included are:

All New 76 Games added to Xbox One Backward Compatibility

‘Xbox Vault’ Announcement by The Rock

Red Notice, which stars Dwayne “The Rock” Johnson, Ryan Reynolds and Gal Gadot, was announced as a global partnership between Xbox and Netflix to celebrate our 20th anniversary.

“The Rock” appeared on the 20th anniversary broadcast from inside The Xbox Vault—an immersive online experience inspired by “Red Notice” and filled with legendary Xbox artifacts, giving fans the chance to win over 1,000 limited-edition prizes to commemorate the launch of the Xbox in 1996.

Essentially, Johnson says, the premise is straightforward: Ryan Reynolds and Gal Gadot, two of his “Red Notice” colleagues and master thieves, are stealing Xbox artifacts, and he needs your help to keep them safe, so he can continue to be the people’s champion. And what’s the prize for doing so? A global sweepstakes will give players a chance to win prizes such as:

Fans have four minutes to find as many of the 27 artifacts and answer unique trivia questions about each item to earn points toward their total score when they enter the Xbox Vault. Players are given an additional entry into the global sweepstakes for every 1000 points they accumulate. When time is running out, the vault lights up red, and the security doors close. Even so, don’t worry – the site will accept your best score as an entry into the sweepstakes.

For a limited time only, The Xbox Vault will be open to the general public. Check out Netflix’s Red Notice if you haven’t already, and use the hashtags #Xbox20 and #RedNotice to post about your experience on social media.

You can visit www.XboxVault.com to learn more about how to participate in the contests and the rules.

Thank You to the Xbox Community

On the latter part of the livestream, Xbox fans from all corners of the globe gathered to talk about how their respective Xbox consoles were launched while also showing off photos of special events, cosplayers and other items made by talented artists around the world.

Executive Vice President of Xbox Creators, Sarah Bond took the stage to discuss the importance of bringing in a diverse group of developers to ensure that fans around the world get a unique experience. The importance of accessibility (such as with the Xbox Adaptive Controller) and diversity efforts in game design were also discussed by her.

Xbox’s 20th anniversary celebration included a teaser for the upcoming Halo television show. Despite the fact that this show’s ad appeared on the internet earlier than expected, we weren’t able to see it in high definition until now.

Halo TV show teaser Bonnie Ross appeared on stage to discuss Halo’s long history of innovation. She pointed out that today is also a celebration of Halo’s 20th anniversary.

Halo music was performed by an orchestra and a choir outside the Sydney Opera House after Bonnie Ross’ speech, and it was a stunning sight to see. Halo Infinite trailers and the actors who appeared in the show were interspersed with images from this performance.

Next, Halo Infinite Creative Director Joseph Staten appeared in front of 343 Industries employees and thanked the fans for their support as they prepared for the game’s release.

Multiplayer Associate Creative Director Tom French was then entrusted with the task of announcing an exciting development: Xbox One, Xbox X|S, and PC gamers can now play Halo Infinite Multiplayer Season 1 and its Free-to-Play Beta. There are no soft betas here as your progress will carry over into the final release.

The Halo Infinite Multiplayer Season 1 Beta is currently available on PC and Xbox via the Microsoft Store and on PC via Steam. On the Halo website, you can find out more about the Multiplayer Beta.

Here’s the video if you have missed this event or if you want to watch it again: