The second pair of sneakers based on the Xbox console! 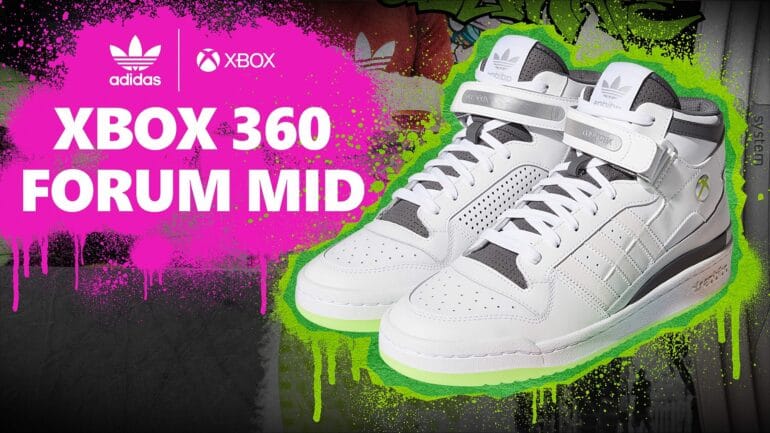 Microsoft and Adidas have once again revealed a new pair of sneakers with a theme of the Xbox consoles, which is the Xbox 360 Forum Mid.

A month ago, both partners have launched its first-ever console-inspired sneaker collaboration to celebration the 20th anniversary of the Xbox console series. Now, this is the second sneaker called the Xbox 360 Forum Mid. This is the first-ever Xbox-themed sneaker that will be available to purchase for fans in the US and Canada.

This new pair of sneakers draws inspiration from the original Xbox 360 console colors, which is the green, white, and silver. The details are all highlighted all throughout the sneaker representing the vibrant history of the Xbox console series.

Fans will immediately notice the strap is the Xbox 360 disc tray, the shoe’s outer side is the classic 360-era Xbox button design, and the console’s air vents are on the inner side. The heel features the Xbox 360’s distinctive removable hard drive and memory unit slots. There are also some hidden secrets and only fans can notice them.

This is a limited release of Adidas Originals by Xbox called Xbox 360 Forum Mid and it is complete with four additional pairs of laces in red, yellow, green, and blue, which all represent the face buttons of the Xbox 360 controller. It will be available for purchase in the US and Canada on November 4, 2021 at 7 am PT via Adidas.com.

Here are some screenshots: