90s music will always be a big plus for marketing. 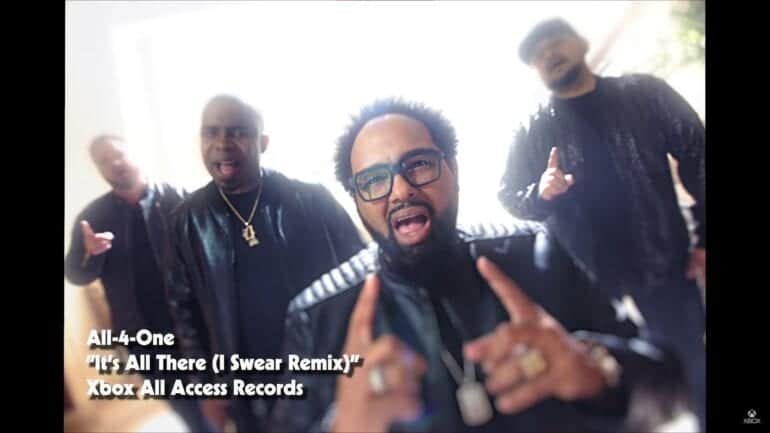 Game company Microsoft has done it again with their marketing strategies and this time it involves their new service Xbox All Access and 90s style music.

A new video just came out and everyone thought that it was a new music video made by the famous 90s R&B sensation All-4-One. It turns out that it is All-4-One, but it was not the “I Swear” track. It had the same tune but with different lyrics and it was all about the new Xbox All Access service.

It turns out that Microsoft and All-4-One did a collaboration to make a reimagining of the band’s “I Swear” 1994 ballad into “It’s All There” music video. It showcases what the Xbox All Access service is all about, highlighting the benefits of the all-inclusive pass to Xbox.

According to the Xbox Wire, the music video “speaks the heart and truth of Xbox All Access.” It does not only offer the Xbox Series X/S, but also a library of over 100 high-quality games for console, PC, phones, and tablets with 24-months of Xbox Game Pass Ultimate included.

Xbox All Access is currently available in 12 countries around the world and will be coming to more countries sometime next year.