Here's the free games for the second half of August 2022! 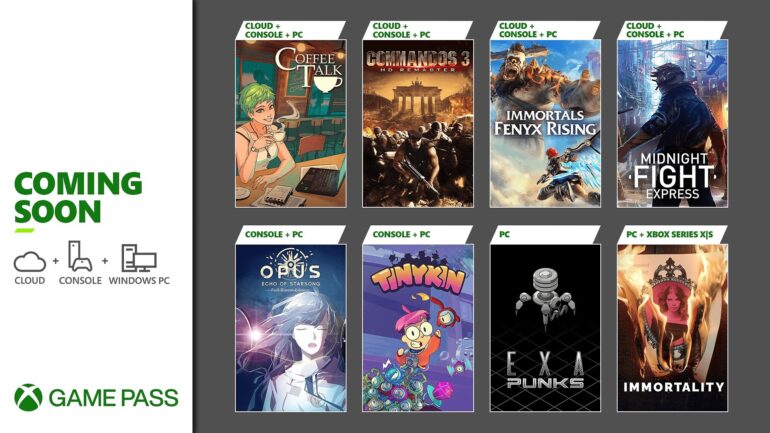 Eight new games will be joining Xbox Game Pass August 2022 second half. These titles include a game about enjoying coffee with various races, fighting criminals in a brawler game, an HD remaster of an awesome classic, solving a mystery, fighting Greek monsters and meeting up with gods, and more.

Coffee Talk is now available today for Cloud, Console, and PC. It is a coffee brewing and heart-to-heart talking simulator about listening to the stories of alternative Seattle’s inhabitants. Players will be able to encounter elves, succubus, aliens, and other races that are trying to understand the lives of humans.

Midnight Fight Express launches on August 23, 2022 for Cloud, Console, and PC. It will also be available on day one with Game Pass. Players will take on the role of a former member of the criminal underworld who is forced to come back to prevent the rise of criminals in a future takeover. Beat up criminals with street fighting techniques and environmental tools to win.

Exapunks launches on August 25, 2022 for PC. Go to an alternate 1997 where you are a former hacker who got the phage. You get a deal of getting one dose to save your life by just doing one hack for each.

Opus Echo of Starsong Full Bloom Edition will be released on Xbox Game Pass this coming August 25, 2022 for PC and console. It is a definitive edition of the acclaimed visual novel-style adventure game and it includes all-new voice acting.

Commandos 3 HD Remaster will be added to Xbox Game Pass on August 30, 2022 for PC, Console, and Cloud. It will also be available on day one with Game Pass. Go into the battlefields of Europe with this upgraded version of a classic. It has been remastered in high definition including reworked 3D models and textures, improved controls, and refined UI.

Immortality will be released on August 30, 2022 for Cloud, PC, and Xbox Series X/S. It will also be available on day one with Game Pass. Players will be solving the mysterious disappearance of Marissa Marcel, a woman aspiring to become a star. She had already made three movies but none of them got released.

Immortals Fenyx Rising will be available on August 30, 2022 for Cloud, Console, and PC. It brings a grand mythological adventure to life. Play as Fenyx, a new winged demigod on a quest to save the Greek gods.

Tinykin will be available on August 30, 2022 for Console and PC, and will be available on day one with Game Pass. Milo, an alien, has arrived on Earth but for some reason he is way too small and everyone else is gone. Team up with the mysterious tinykin and use their unique powers to create ladders, bridges, and more.

There are ten titles that will be leaving Xbox Game Pass on August 31, 2022. Keep these titles by buying them with a 20 percent discount.