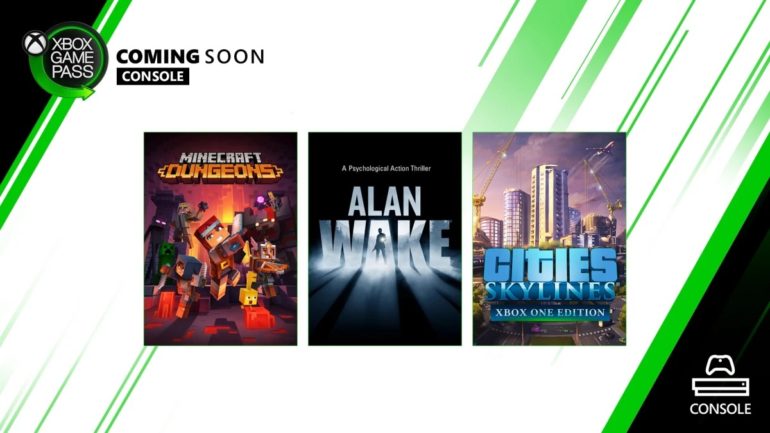 There will be three games that will be coming to the game pass for console this month. These games are Alan Wake, Cities: Skylines, and Minecraft Dungeons. The first two games will be available on May 21 while the third one will launch on May 26. Golf with Your Friends is now available for download today.

The PC version of the game pass does not have a specific release date yet of the three games with an addition of another PC game titled Plebby Quest: The Crusades.