New titles are coming in this month! 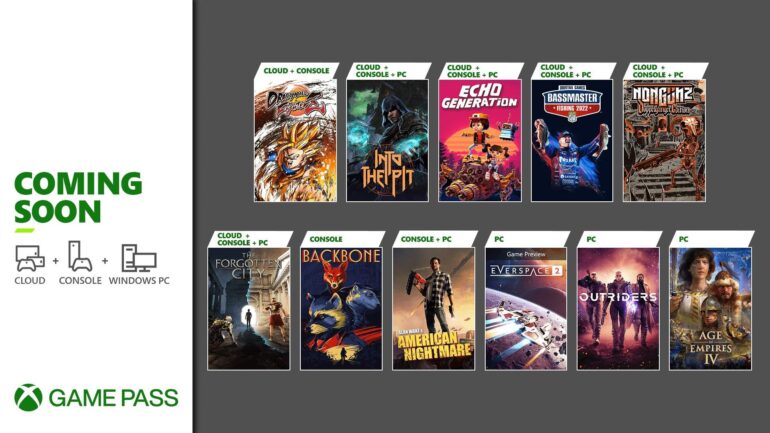 Microsoft has announced the next new titles that will be coming to the Xbox Game Pass soon and it includes quite the lineup.

Several titles are coming to the Xbox Game Pass soon for PC, Xbox One, Xbox Series X/S, and Cloud. Two titles are already available for download, which are Into the Pit and Outriders, while the rest will be released in the next few days.

Into the Pit is now available for download on the Xbox Game Pass for Cloud, Console, and PC. It is a fast-paced retro-FPS roguelite featuring the story of a family of lore-hunting mystics. You have been summoned to a cursed village and it is up to you to rescue the survivors.

Outriders is now available on Xbox Game Pass for PC. The game was developed by People Can Fly, which is a shooter game with single and multiplayer gameplay. You are on a journey to survive a new savage planet to save the human species from getting extinct, but you gain powers when you get here and encounter some hostile aliens as well.

Other titles that will be available on Xbox Game Pass include:

There are several games that will be leaving Xbox Game Pass on October 31, 2021 as well. These titles are Carto, Celeste, Comanche, Eastshade, Five Nights at Freddy’s, Knights and Bikes, and Unruly Heroes.