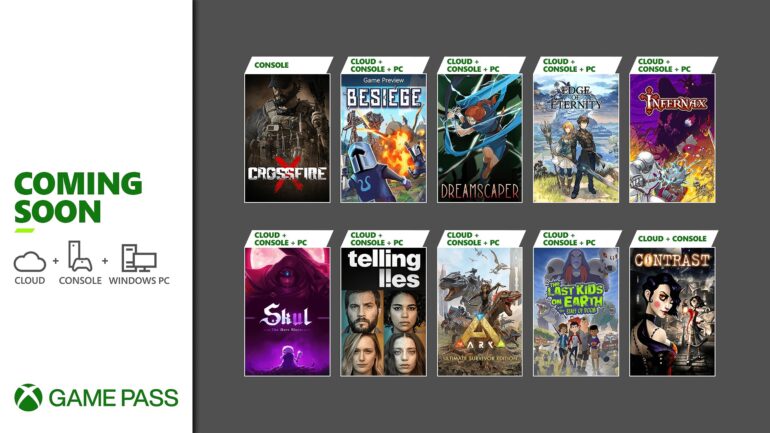 Microsoft reveals the upcoming new titles that will be joining the Xbox Game pass February 2022 lineup and that includes several interesting titles like Ark and more.

Players will be able to play several titles for free with the Xbox Game Pass for this month. 10 titles will be joining the game library starting tomorrow, February 3, 2022. Check out the list below.

Contrast will be joining via Cloud and console starting February 3, 2022. Players will be exploring the dreamlike, vaudevillian world of the 1920s with the ability to shift freely in and out of shadow. They will be helping out a young girl named Didi to unravel the mysteries behind her troubled family and the dark secrets.

Dreamscaper will be coming to Cloud, console, and PC still on February 3, 2022. This is an endlessly replayable action roguelike game with a waking/dreaming gameplay cycle. During the night, players will be diving deep into their subconscious and face the nightmares inside. By day, explore the city of Redhaven and build relationships and unlock permanent upgrades.

Telling Lies will be available in Cloud, console, and PC on February 3, 2022. This is an investigative thriller game with non-linear storytelling. Investigate a cache of secretly recorded video conversations and discover the truth.

Crossfire X launches on console this coming February 10, 2022 and will be available on day one with Xbox Game Pass. Play the game’s first single-player campaign titled Operation; Catalyst developed in partnership with Remedy Entertainment.

Edge of Eternity comes out on Cloud, Console, and PC on February 10, 2022. It will be available on day one with Game Pass. Launch epic turn-based battles following the quest of Daryon and Selene. A JRPG game made by a small development team.

Skul: The Hero Slayer launches on Cloud, console, and PC on February 10, 2022. A fast-paced action rogue-lite that features 100 players with their own unique abilities and tons of items to try out.

The Last Kids on Earth and the Staff of Doom is coming to console, Cloud, and PC on February 10, 2022. Fight zombies and monsters in this game, a semi-open world action RPG telling the story in the post-apocalyptic town of Wakefield playing as teen survivors.

Ark: Ultimate Survivor Edition launches on Cloud, console, and PC in February 14, 2022. Play the Ark franchise with Game Pass in this definitive collection.

Infernax launches in console, Cloud, and PC in February 14, 2022 and available on day one with Xbox Game Pass. Follow the adventures of a great knight who returns to his homeland only to discover it has been plagued with unholy magic. Find the cause and destroy the source of corruption.

There are several titles leaving Xbox Game Pass by February 15, 2022. Check out the list below: