12 titles will be available on the first half of the month! 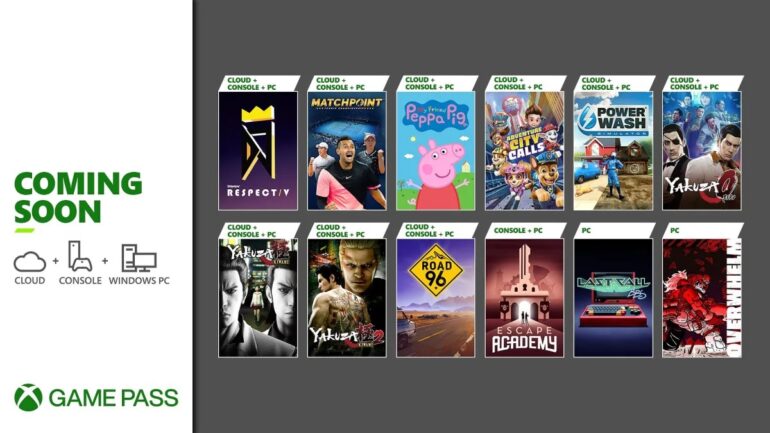 12 titles are coming to Xbox Game Pass July 2022 with some new and some returning titles. Some of them are already available to download today on Game Pass for PC and Xbox consoles. Check them out below.

Last Call BBS will be available today on day one with PC Game Pass. Play several puzzle games on the Barkeep’s retro computer. This is the latest game from Zachtronics.

Yakuza 0 is coming back via Cloud, Console, and PC. Players will take on the role of Kazuma Kiryu, a low ranking yakuza, who gets caught in a complicated situation when it was only a simple debt collection gig. Also play as the eccentric yet gentleman Goro Majima and explore his normal life as the proprietor of a caberet club.

Yakuza Kiwami is another returning title via Cloud, Console, and PC. Kazuma Kiryu takes the fall for the murder of a crime boss to protect his sworn brother Akira Nishikiyama and his childhood friend, Yumi.

Yakuza Kiwami 2 returns via Cloud, Console, and PC. Kazuma Kiryu must travel to Sotenbori, Osaka to prevent an all-out war between the Tojo Clan and the Omi Alliance, but the Dragon of Kansai, Ryuji Goda, stands on his way.

DJMax Respect V is coming to Cloud, Console, and PC on July 7, 2022. This is the latest title from the makers of the critically acclaimed rhythm game franchise DJMax. Includes tracks from popular artists like Yukika, and more.

Matchpoint: Tennis Championships will be available on Xbox Game Pass July 2022 for Cloud, Console, and PC this coming July 7, 2022 and will be available on day one with Game Pass. This is a modern take on tennis featuring true-to-life on-court experience supported by a deep career mode and unique rivalry system.

My Friend Peppa Pig arrives on Cloud, Console and PC this coming July 14, 2022. Create a character, ring the doorbell, and step into the TV show to start a fun-filled adventure with Peppa Pig.

Overhwhelm for PC only will be available on July 14, 2022. And action horror-world platformer where enemies get powers and you don’t get one. You also have low on ammo and the paranoia will slowly sink in.

PowerWash Simulator will be available on day one with Game Pass for Cloud, Console, and PC on July 14, 2022. Play a game where you clean up dirt and grime with a power washer.

There will be five games leaving Xbox Game Pass library soon, so better buy them right now with 20 percent discount.