The second half of the month's games have been revealed! 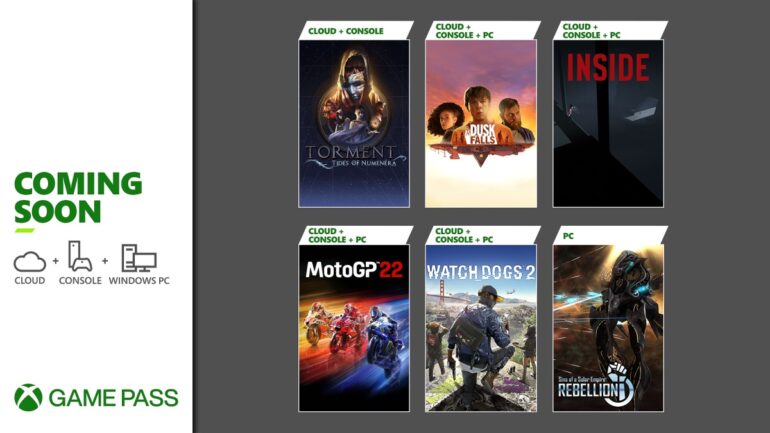 All Titles Getting Added

As Dusk Falls will be available on day one with Game Pass for Cloud, console, and PC this coming July 19, 2022. It is an original interactive drama form Interior/Night that features the entangled lives of two families across thirty years. It starts with a robbery-gone-wrong in 1998 in small town Arizona and spirals to thirty years after and every decision will shape the story.

Ashes of the Singularity Escalation for PC will be available tomorrow, July 19, 2022. This is a massive-scale, real-time strategy game where players can command entire armies on a dynamic battlefield. Play on single-player campaigns or play with friends in multiplayer.

Watch Dogs 2 will be available on Game Pass starting July 19, 2022 for Cloud, console, and PC. Follow the story of Marcus Holloway, a genius young hacker who lives on the San Francisco Bay Area. Explore a massive and dynamic open world featuring a lot of gameplay content to try out.

MotoGP 22 gets added to Game Pass on July 21, 2022 for PC, console, and Cloud. This latest entry to MotoGP offers more than 120 riders, and over 20 official circuits. It gives the most immersive and authentic MotoGP gaming experience ever.

Torment: Tides of Numenera will be available on July 21, 2022 for Game Pass on Cloud and console. Players will be taken to an Earth one billion years in the future. Discover remnants of ancient extinct hyper-advanced civilizations and leave you mark on it.

Inside will be added to Game Pass for Cloud, console, and PC on July 29, 2022. This is Playdead’s unique indie adventure game with a dark narrative. It is a platformer that combines intense action with challenging puzzles. It has gotten a lot of praise due to its moody art style, ambient soundtrack, and unsettling atmosphere.

By July 31, 2022, five titles will be leaving Game Pass library. For those who want to keep them in their library, get them with membership discount of up to 20 percent.