The newest titles coming to Xbox Game Pass this month! 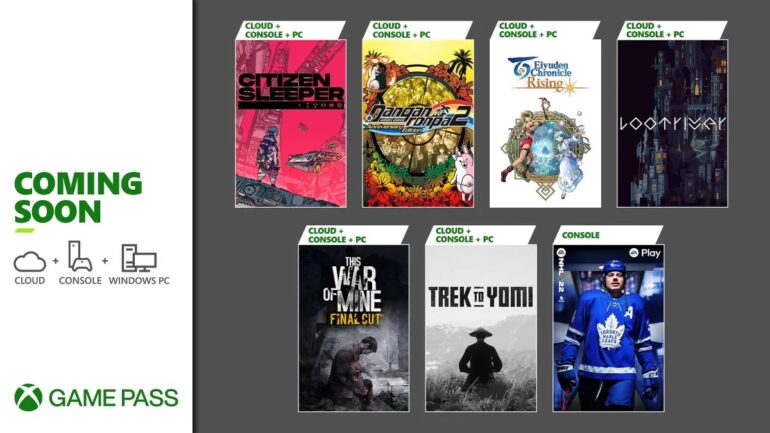 Here are the newest titles to join the gaming library of Xbox Game Pass:

Trek to Yomi launches on May 5, 2022. It will be available on Cloud, consoles, and PC. It will also be available on day one with Game Pass. This is a cinematic action adventure game that follows the story of Hiroki during his fall against the forces of evil. Start with his heroic return and save the people who has sworn to protect.

Citizen Sleeper will be available on May 5, 2022 for Cloud, consoles, and PC. It will also be on day one with Game Pass. Take on the role of an escaped worker that got washed up on a lawless station at the edge of an interstellar society. Explore the station, choose friends that can be trusted, escape the past, and change the future.

Danganronpa 2: Goodbye Despair Anniversary Edition will be made available on May 10, 2022 for Cloud, consoles, and PC. Players will be taking on the role of a student that gets trapped on Jabberwock Island together with their classmates. They must survive through the class trials by solving the island’s mysteries.

This War of Mine: Final Cut will be available on May 10, 2022 for Cloud, consoles, and PC. This is the remastered version for Xbox Series X/S. Play as a group of civilians trying to survive a besieged city. Try to survive with lack of necessities and are in constant danger from snipers and hostiles.

NHL 22 will be available on May 12, 2022 via EA Play for consoles. Play hockey with Game Pass Ultimate and EA Play. Members will be able to get NHL 22 rewards like World of Chel gear sets, and more.

There will be a few titles that will leave Xbox Game Pass library soon. With membership, they can buy the game with discounts up to 20 percent off the original purchase to keep these in their libraries.