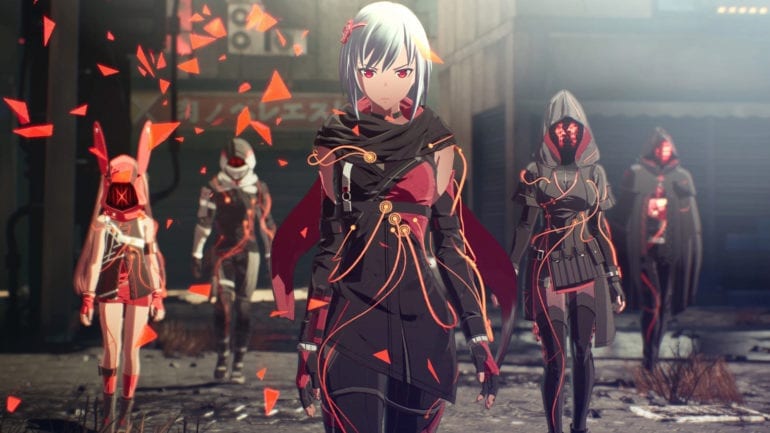 It was already common knowledge that Xbox would be adding 4 new games to Xbox Game Pass and Xbox Game Pass Ultimate, namely Astria Ascending, Dandy Ace, Unsighted, and Marvel’s Avengers. While very noteworthy additions, Xbox still decided to surprise gamers with two extra additions with the 1st one being AI: The Somnium Files from Spike Chunsoft which will also be the 1st time that the game is available for any Xbox platform.

Next is undoubtedly the biggest stealth drop for Game Pass, Scarlet Nexus, an action role-playing game developed by Bandai Namco Studios and Tose which was released just very recently back in June.

You can read more about the games and check out their respective trailers:

Scarlet Nexus: “Choose between Yuito and Kasane, elite psionics each armed with a talent in psychokinesis and their own reason to fight. Complete both of their stories to unlock all the mysteries of a Brain Punk future caught between technology and psychic abilities.”

AI: The Somnium Files: “In a near-future Tokyo, detective Kaname Date is on the case of a mysterious serial killer. Date must investigate crime scenes as well as dreams on the hunt for clues. From the mind of Kotaro Uchikoshi (Zero Escape series director), with character design by the Yusuke Kozaki (No More Heroes, Fire Emblem series), a thrilling neo-noir detective adventure is about to unfold.”

Marvel’s Avengers: “Marvel’s Avengers is an epic, third-person, action-adventure game that combines an original, cinematic story with single-player and co-operative gameplay. Assemble into a team of up to four players online, master extraordinary abilities, customize a growing roster of Heroes, and defend the Earth from escalating threats.”

Dandy Ace: “Dandy Ace is the latest isometric action-adventure deckbuilding roguelite, in which you’ll play as Ace, a magician trapped in a mirror dimension by an evil illusionist. By combining different cards, you can create your very own arsenal of magic, helping you to defeat the other monsters and bosses trapped here with you.”

Astria Ascending: “As one of the Fated Eight, explore the world of Orcanon where twelve ancient beasts dwell, and fight against your destiny to save the world in this hand-drawn, turn-based JRPG.”

UNSIGHTED: “EXPLORE YOUR WAY. Awoken to a world ruined by war, Alma must traverse the vast city of Arcadia before the life force of her friends and herself withers away. Time is ticking, and every moment matters. Who will you save, and who will you leave to turn UNSIGHTED?”

All these games just add more fuel to the incredibly powerful lineup of Xbox Game Pass and is without a doubt a great steal for any gamer on on Xbox Console or on PC. It’s great to see them adding more games from the Japan as it adds a lot of variety to their already amazing lineup.