Here's what you can get this month. 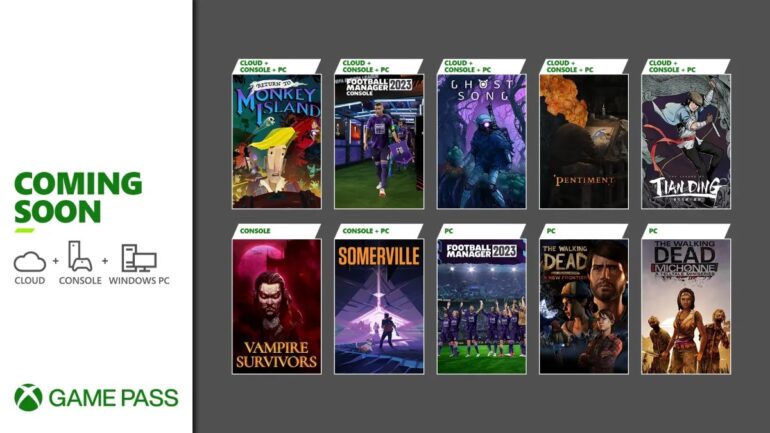 The Legend of Tianding will be available on day one with Game Pass and it will be on PC, console, and Cloud today. The setting is Taiwan in the early 20th century which is still under the control of Imperial Japan. Folk Hero and Legendary Outlaw Liao Tianding is the protagonist who fights with kung-fu and beat up the invaders.

The Walking Dead A New Frontier – The Complete Season will be available on PC today. Play as Javier who meets a young girl who has experienced unimaginable loss. This girl is called Clementine.

The Walking Dead Michonne – The Complete Season launches on PC today. This focuses on the iconic, blade-wielding character Michonne. This explores the story behind her absence temporarily in the comics.

On November 3, 2022, Ghost Song will be available on Cloud, Console, and PC. This will also be available on day one with Game Pass. On the desolate moon of Lorian, a long-dormant Deadsuit awakens from slumber. Journey beneath the surface on an atmospheric 2D adventure of self-discovery, ancient mysteries, and cosmic terror. Explore winding caverns and acquire new abilities to unearth this alien world’s long-buried secrets.

Football Manager 2023 PC will launch on November 8, 2022 and will be available on day one with PC Game Pass. This is the 2023 version of Football Manager which brings player closer to the game from the supporters, scouts, players, and opposition managers.

Football Manager 2023 Console launches on November 8, 2022 and will be available on day one with Game Pass. This was the Xbox edition which has been tailored more to do the transfer market, the tactics board, and the pitch.

Return to Monkey Island launches on November 8, 2022 on consoles, Cloud, and PC. This is the continuation of the legendary adventure game The Secret of Monkey Island and Monkey Island 2: LeChuck’s Revenged. This is developed in collaboration with Lucasfilm Games.

Vampire Survivors will finally launch on consoles on November 10, 2022 and will allow players to play the full release today with PC Game Pass. Defeat thousands of night creatures and try to survive until dawn.

Pentiment will be available on day one with Game Pass for PC, console, and Cloud on November 15, 2022. Developed by Obsidian and Xbox Game Studios, take on the role of Andreas Maler, a master artist who finds himself in the middle of murders, scandals, and intrigue in the Bavarian Alps.

Somerville is coming to console and PC on November 15, 2022 and also day one with Game Pass. In the wake of an otherworldly invasion that’s left the world in catastrophe, you must find the means to make your family whole again.

Here are several titles that will be leaving the Xbox Game Pass library soon.