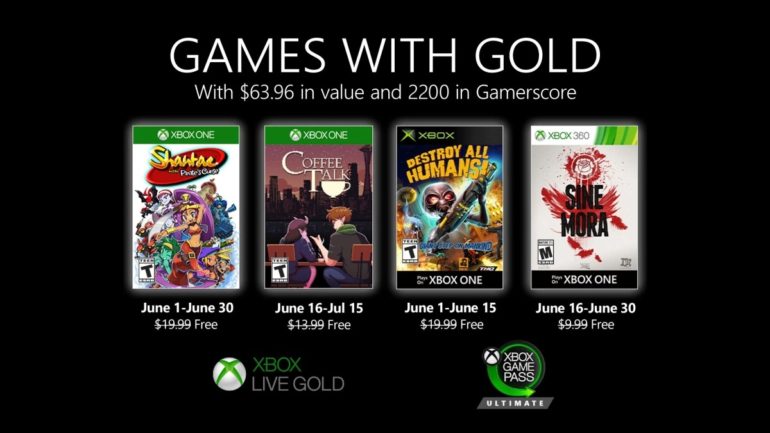 Xbox Live Gold members will get exclusive access to four new games for the whole month of June. For the Xbox One platform, players can get access to Shantae and the Pirate’s Curse, and the chill coffee making game Coffee Talk. The prior title will be available from June 1 to June 30, while the latter can be accessed starting on June 16 until July 15.

For the Xbox 360 and Xbox One via Backward Compatibility feature, members can try Destroy All Humans! and the fast-paced shooter Sine Mora. The prior game can be accessed starting June 1 until June 15 while the latter can be downloaded starting June 16 until June 30.