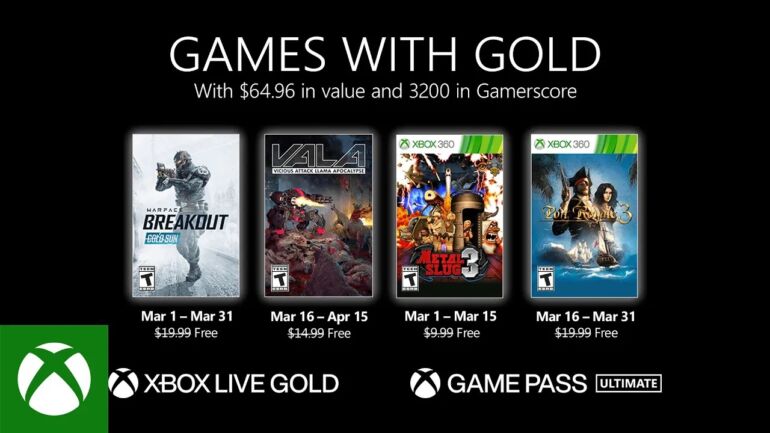 Four new free games will be available to download on March 2021 for Xbox Games With Gold.

Game company Microsoft revealed four titles that will be free to download starting March 1 for those who have the Xbox Live Gold or Xbox Game Pass Ultimate subscriptions. All titles will be playable on Xbox One and Xbox Series X/S.

Check out the games below: