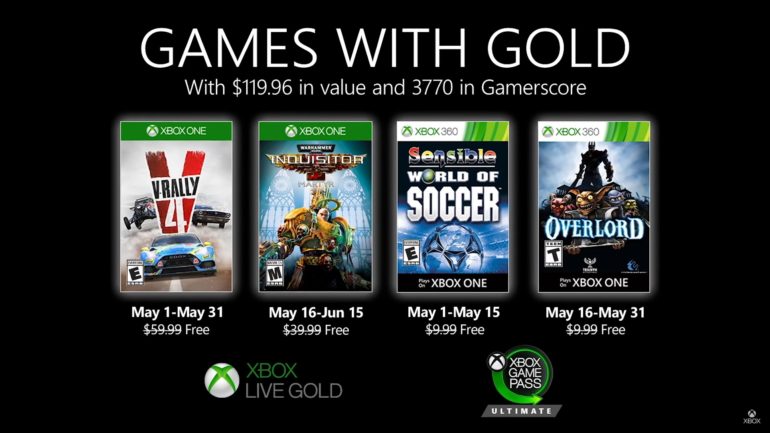 Microsoft officially revealed the newest game lineup for the month of May, which includes some interesting titles to play while in quarantine. For the Xbox One, subscription members get to try out V-Rally 4 and battle demons of the Chaos Gods in the action –RPG Warhammer 40,000 Inquisitor-Martyr. These games will be available starting on May 16 until June 15.

Xbox One owners can play these games via Backward Compatibility feature and the Xbox 360, which are Sensible World of Soccer and Overlord II. The prior game will be available starting on May 1 until 15. It will then be replaced by the latter title and will remain available until May 31.

This will be your last chance to download Project Cars 2 until May 30, and Knights of Pen and Paper until May 15. Toybox Turbos will remain available until April 30.