Another random pick up by Microsoft! 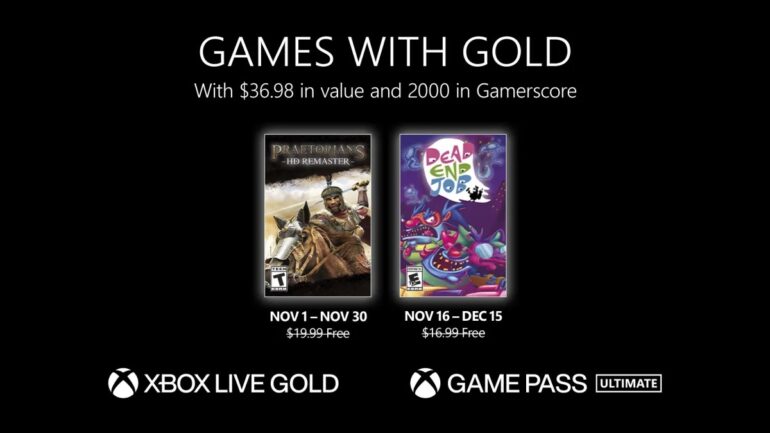 Just like usual, our predictions were way off from the official announcement which was released today. Xbox Games with Gold titles are really hard to predict so speculators tend to lean on their knowledge of previous releases, but like usual, Microsoft loves to throw everyone off. Today’s free games include a game based on ancient Rome while the other is a different variant of the Ghostbusters.

Rome wasn’t built in a day so lucky for you that Praetorians – HD Remaster will be available starting next month and for the whole month. Set during the era of the Roman Empire, this is a real-time strategy game with over 20 campaign missions. You can play as three different armies – the Gauls, Egyptians, and Roman Legions – across three different lands. Every army has its strengths and weaknesses for you to explore and experience as you also exploit the flaws of your enemies. Use your terrain to your advantage. Battle your way to seize victory and become the Emperor.

Seems like a lot of those ghosts from October are still hanging around in November, so it’s up to you, Hector Plasm, to strap on your vacuum pack, grab your plasma blaster, and get to work! Dead End Job channels the wild funsanity of Saturday morning cartoons, smashing together ectoplasmic gross-out gags, vibrant boo-tiful art, and slapsticky spooky comedy. It’s a procedurally generated couch co-op that you can play solo or with your Ghoul-B-Gone buddy. Do you have the inner spirit to put all of these pests to rest?