Not ONE predicted, yet again. 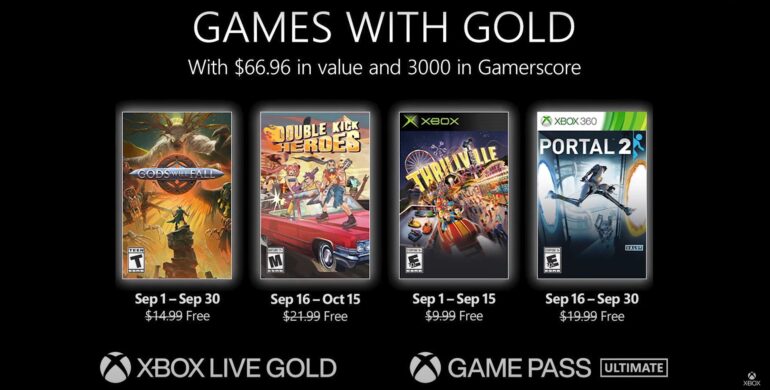 Just like usual, Microsoft has revealed this month’s free games Xbox Games with Gold and like always, we have NOT predicted the lineup again. The games are quite good though, which include a metal rhythm game, battling against deities, building an amusement park, and a very popular FPS classic.

Remember, by October 2022, Xbox 360 games will not be added to the lineup. No word on what will happen to the two slots after October, but it is speculated it will now be replaced by more Xbox One games.

Players will be battling against the very deities in this brutal action and adventure epic. They will be commanding Celtic warriors to fight against these cruel gods.

Double Kick Heroes is a shoot ‘em up rhythm game where players play music. They will be banging their head with their band through 30 levels of madness and heavy metal.

Build your very own amusement park. Players can do everything from design roller coasters to go-carts, play mini-golf, and join friends for party games. Ensure guests’ enjoyment and keep them happy while they are visiting.

The classic FPS title will be available on Xbox Games with Gold next month. Solve puzzles with your powerful portal gun and make use of tractor beams, lasers, light bridges, and more. New characters have been added too. Play single-player or co-op in this game where the rules of physics are king.