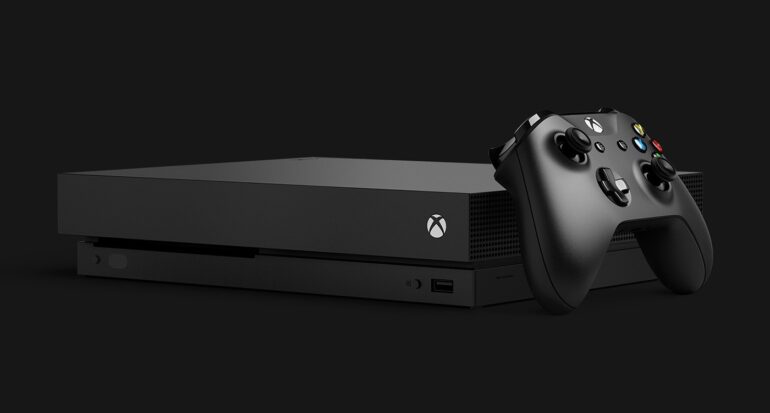 Microsoft’s powerful console is getting a lot of hype as it draws closer to its launch date this November 7 for $499. However, there are some who still thinks that price tag is too much considering that the system doesn’t have the “exclusive” titles. Even if the mid-generation upgrade for Xbox One does not have those exclusives, some are happy to have their third-party games play on Xbox One X and as well as the 4K Blu-ray playback.

Dave McCarthy, the Xbox General Manager, said that the Xbox One X is your “top-end” console experience – having 4K textures, 40% more processing power, 6 teraflops of GPU power, and 4K Blu-ray support. In addition to this interview with Official Xbox Magazine UK (Issue 155, October 2017), the Xbox One X also ensures the consistent frame-rate and performance from all games played on the system.

“Well on some levels I think there’s aspects of even Xbox One S that I’d compare [to the PS4 Pro] in terms of HDR gaming, 4K video streaming capabilities, 4K Blu-ray support. There are only two consoles in the world that support 4K Blu-ray, and they’re both Xbox Ones – Xbox One S and Xbox One X. I make more of a comparison [with Xbox One X] to what the higher end PCs are doing right now.

There is a big difference with 40% more processing power, in terms of ensuring that consistent frame rate, including that frame buffer that’s going to get you all those 4K textures, ensuring the spatial audio is going to be at a premium for you. So it really is that top-end experience.“[/alert]

Dave also cited that Xbox One owners won’t have any problems switching to Xbox One X.

Furthermore, the question about backwards compatibility is if the original Xbox discs would work on Xbox One/S/X, the Xbox General Manager said that they’re still looking into making work.

“We’re working through all that stuff now. I can tell you this much – it’s going to be a library of games. So it’s not just Crimson Skies , which we showed [at the conference]. You know, we understand that there’s obviously a delivery model we have to sort out. We have a plan on it, we’re just working through the details, and we will be sharing stuff more throughout the year on exactly how it’s going to work.“[/alert]

We do think that Xbox One X is the top-end choice for hardcore gamers, but if without any captivating first-party titles to play aside from Sea of Thieves and Crackdown 3, then probably it might not be the best suited choice. Also, Dave considers Anthem running on Xbox One X as “true 4K”.

“You saw Patrick Söderlund talk a little bit about that, both in the EA Play conference and when he was introducing Anthem from BioWare [at Microsoft’s conference]. There’s an immersion factor to true 4K.“[/alert]

Do you think it’s best to get an Xbox One X for an upgrade this year? Have you already pre-ordered?