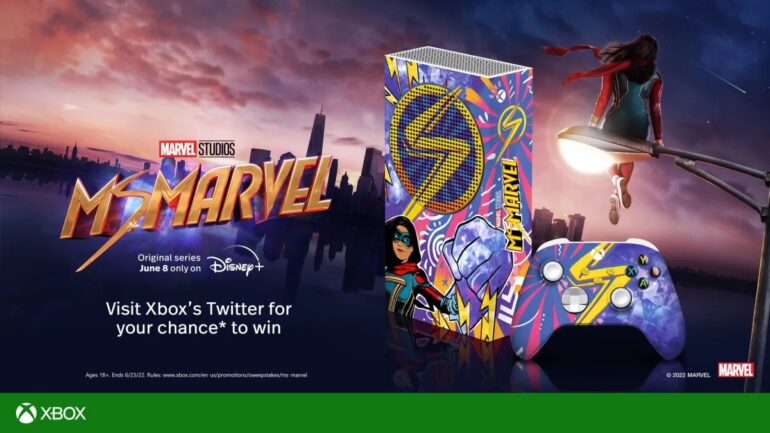 Xbox has now created another custom Xbox Series S console and wireless controller inspired by Ms. Marvel, an original series from Marvel Studios. It will be streaming this coming June 8 on Disney+.

Anyone interested in acquiring this new unique console can enter the official Xbox Sweepstakes by retweeting the post. It starts today until June 23, 2022.

The console features the protagonist Kamala Khan (Iman Vellani) as Ms. Marvel, the Muslim American teen who gains superpowers and is inspired by her favorite hero, Captain Marvel. The console’s designs are also influenced by the murals and street art of Kamala’s own hometown of Jersey City.

The new TV series follows Kamala’s struggles in her life as she tries to fit in at home or at school. That is, until she gets superpowers like the heroes that she always looked up to. As a megafan, her unique outlook on life can be seen in her creative doodling, but her parents insist that she should just be studying. Kamala cannot help but let her mind wander, thinking of ideas for her next super hero fan-fiction story.

The custom Xbox Wireless Controller has been detailed with the Ms. Marvel logo and other features and color schemes inspired by the teen super hero.