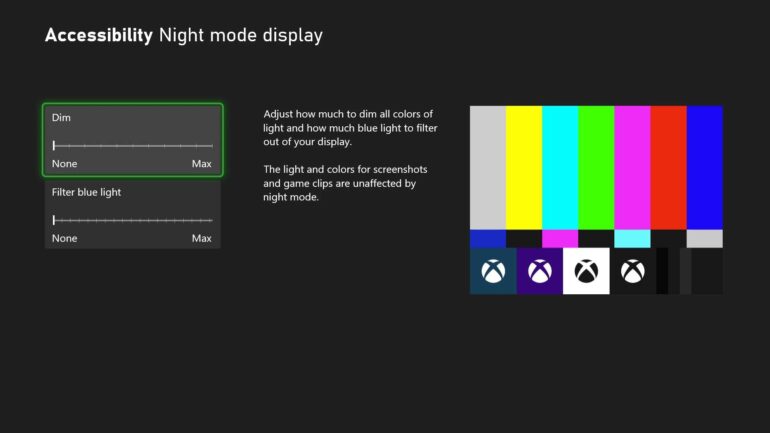 According to Team Xbox, this month’s update has finally delivered new features that will improve the experience for Xbox Series X owners. New features are now available for them to try out and here are some of them.

Before this update, the Xbox Series X only had its dashboard in 1080p upscaled to 4K. The other features were like this too like the Guide, and other menus. In order for their consumers to appreciate 4K gameplay even when navigating the dashboard, the new October update has given them that experience.

After testing it first by increasing the resolution, the team is happy to announce that everyone can now enjoy the 4K Dashboard natively rendered. They can experience it while browsing Home, My Games and Apps, Guide, and the other menus. The UI elements on the screen have increased sharpness and improved text readability.

The display also has a customizable blue light filter and will be available only for the Xbox Series X/S consoles. These customizations will not impact the system at all. Users can also make a night mode schedule that will dynamically switch between Dark and Light theme.

There is now a Quick Settings menu on the Xbox Guide. It will allow players to toggle accessibility features without leaving the game or app. This is helpful for families who share a console with others who have different accessibility needs. Quick settings can be switched on or off easily.