Cleary it does not come with the handle, but what of the controllers though? 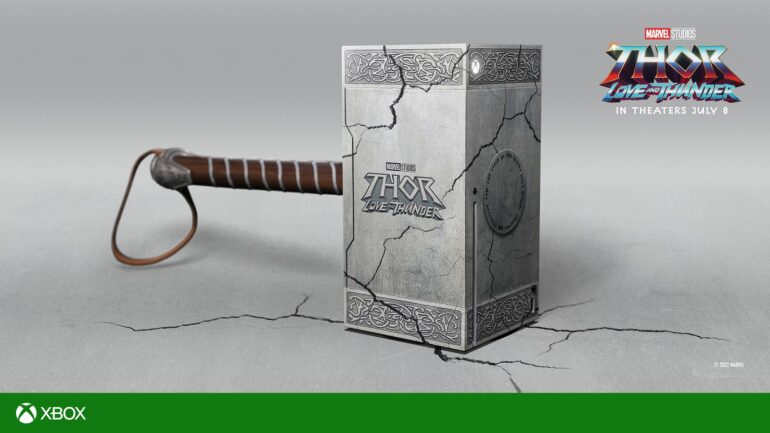 Microsoft has recently revealed the new Xbox Series X Mjolnir themed console, which is based on an upcoming movie.

Another MCU film is going to premiere in theaters soon and that is Thor Love and Thunder and with it, Microsoft’s new inspiration. Surprisingly, it is not the Series S console they customized this time around since previously, they have made the console have various themes like Doctor Strange and more. This time around, they customized the Series X.

The reason for choosing the Series X for the next themed console? It is possible that its shape is the perfect fit for the theme. This time, the theme is Thor’s, or specifically, the Jane Foster Thor’s Mjolnir with all of the cracks and since it has the same shape, Microsoft opted for this. They call it the epic Mjolnir-themed Series X console and it looks gorgeous.

Again, this new customized Series X can be won via Xbox sweepstakes only. It is doubtful that more Mjolnir themed Series X consoles will be produced, so this could be the only unit to have this theme. The winner would be so lucky to keep this awesome console.

There is no mention of the controllers having the same theme though.