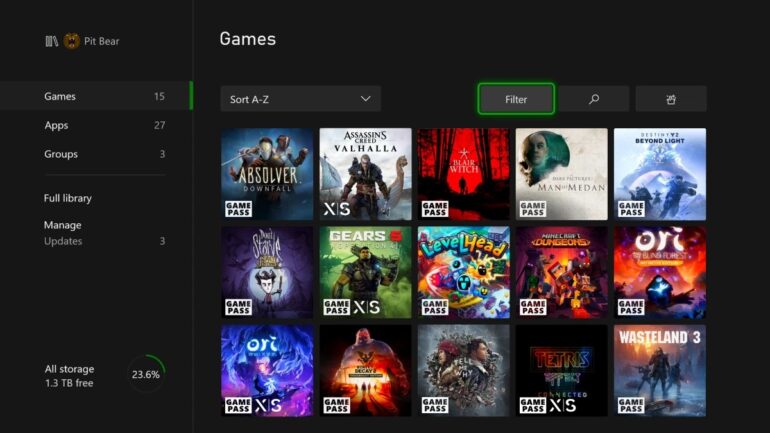 The very first software update for the next-gen console Xbox Series X/S and a new one for the Xbox One are out now for download and it adds some new content for the prior.

The new software update for the Series X/S has added the dynamic backgrounds as a new feature. It offers players the ability to customize their home screen with motion and color. This update adds six new options to choose from and it includes the homages to the previous generations of Xbox consoles and others based on popular profile themes. Due to the positive feedback, there will be more additional styles, colors, and designs in the future.

Players can now identify games that use Auto HDR with new tech tags. It just notifies players that it uses the feature, which can make them easily sort out games that uses it and those that do not. There is the X/S badge added to the tiles in My Games and Apps, which lets them identify titles that are optimized for Xbox Series X/S. There is also a Filter button that can be used to sort out those games.

Check out the Game Activity tab to see what players can do it the game they are currently playing. They can find the achievements they can earn, find friends that they can easily join in, or discover in-game events.

Adding a family member accounts can now be done during setup instead of just doing it via phone on Android and iOS. This can be convenient for those who want to do it directly to their consoles instead of going through their phones for this setup.

Games that are coming soon to Xbox Game Pass can now be pre-installed to the consoles, well just some of them anyways. Just find the titles that are under the Coming Soon section and check if they have the pre-install option available. It becomes convenient for them to directly play the game when it comes out on release date.

Xbox Series X/S and Xbox One are now available worldwide.