In partnership with the artists behind Bad Decisions! 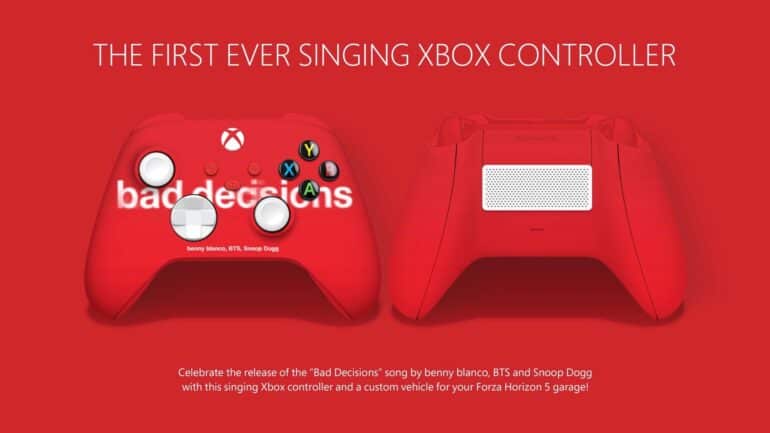 The controller will feature custom artwork, the names of the artists involved in the new single Bad Decisions, and an attached speaker at the back which will allow players to listen to the new single out loud with just a press of a button. Fans will be able to enter to win one of the singing controllers by just following and retweeting the @Xbox announcement tweet.

Aside from the unique Xbox controller, a custom vehicle designed in the theme of the single artwork of Bad Decisions will be given away in Forza Horizon 5. Download the 1971 Meyers Manx from the in-game Gifts tab within the Message Center.

Fans are advised to tune in to the Xbox Twitch channel on August 5, 2022, at 11 AM PT to celebrate the new single Bad Decisions music video. This will also give them a first look at the singing Xbox controller.