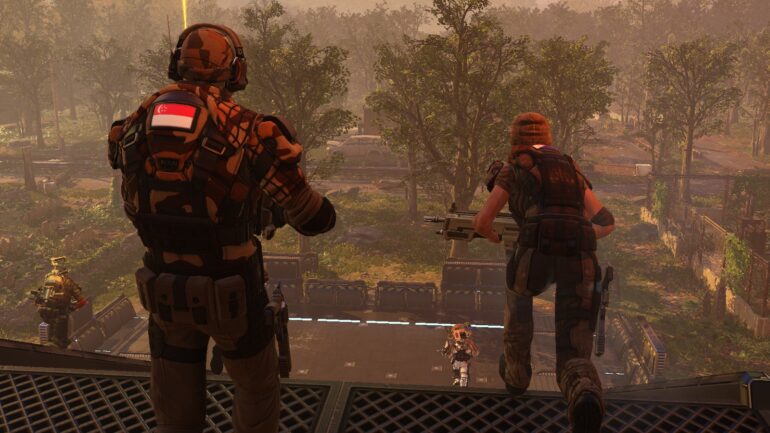 Peeking her head above cover, my sniper picks out a target among the Advent patrol that was unfortunate enough to walk within range of our squad. Our mission required stealth, but we all know that isn’t an option. She picks the alien in the group, a Muton, a towering alien in green armor and armed with a plasma rifle. It said 90% chance to hit, a very much worthwhile percentage to hit, so the order to shoot was given. The rest of the squad is huddled around her, behind cover, all waiting for the shot to unleash hell on the unsuspecting patrol. My sniper stands up, aims down her personalized gun and fires. It misses. What should have been an easy firefight turned into a long drawn battle from one corner of the map to the other.

XCOM 2 is the sequel to Fireaxis’ XCOM Enemy Unknown, a game where you defend the earth from an alien invasion. XCOM 2 continues the story and simply put, you lost in the first game. There are no more abductions to prevent, no more UFOs to intercept, no more underground base. You are the resistance and it is time to take the Earth back. 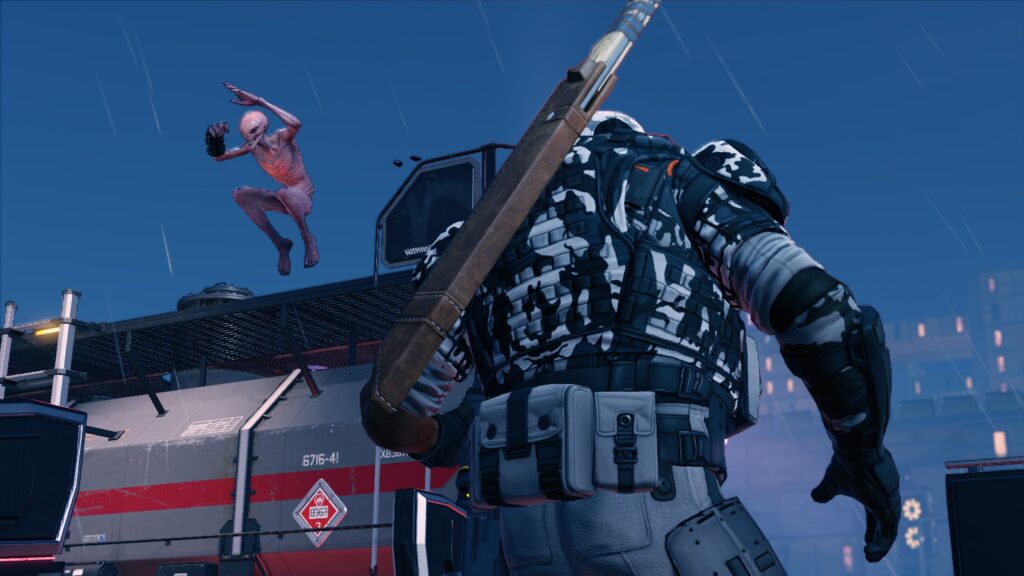 XCOM 2 is a turn-based combat game, and requires careful movement and positioning to maximize your team’s chance of survival. The game also has dice rolls, which appear as percentages in the game such as the chance to hit percentages. It is frustrating to rely on dice rolls, but it makes you take chances and precautions, which ties in nicely to moving and positioning carefully. An enemy with a lucky roll can cause a soldier to die or be knocked out, which then in turn can cause some of the soldiers in your squad to panic making them do random actions which can potentially lead to your squad being killed or critically injured. This is especially true when you leave a soldier exposed without cover or flanked by an enemy, so thinking several movements ahead is a must.

Probably one of the biggest improvement in combat is stealth. In most missions you are not dropped into a position where enemies are hostile right from the beginning, but instead given the option to avoid combat and lay down traps for any unfortunate enemy patrol to bump near your squad. It is pretty wrenching to be so close to an enemy patrol and hoping not to walk into their line of sight, as it is satisfying to pull off a successful ambush that makes the mission much easier later on. This is XCOM though, so not everything goes as planned. Breaking concealment too early, or not having your soldiers’ shots connect during an ambush can lead to firefights and enemies calling for reinforcements, prolonging engagements and making things much faster and more furious.

As stated, the game relies on dice rolls, and these rolls may or may not favor the player. Attempting to go full stealth on a mission also does not seem to be a good option though, as missions with objectives such as hacking the enemy terminal or VIP rescue/elimination will always lead to the enemy being aware of your presence, which is frustrating as it would seem like a valid option to avoid combat altogether when it really is not.

Losing a soldier also means losing a capable member of the squad, even if it is temporarily due to injury and means possibly sending out a raw recruit as a replacement, a bad predicament. You may also develop an attachment to the soldiers if you customized them, giving them their own personality and quirks. You can change their names, give them a unique nickname, add a hat or glasses, write a long bio explaining their lives. Popular though is just naming them after friends, and seeing how they do. I often tell my friends on their characters exploits, and it really attaches me to the character, making it painful to lose them permanently due to death. This added depth gives so much more life to the game, and lots of good laughs with friends.

The customization while very varied and detailed, is relatively simple to do as the menus are well laid out with proper labeling. An additional plus is being able to export and import the characters you made and your friends made. Soldier classes have been given an overhaul. You still have the sharpshooter and grenadier, which are similar to the sniper and heavy gunner from XCOM: Enemy Unknown, but they are not exactly the same as how they were in the previous game. Instead of having a mix of skills that would produce a preferred soldier build, each class is split now into two distinctive sub-classes. For example, the sharpshooter can either be a long-range sniper whose primary goal is to pick targets at great distances, or the mid-range gunslinger which allows the 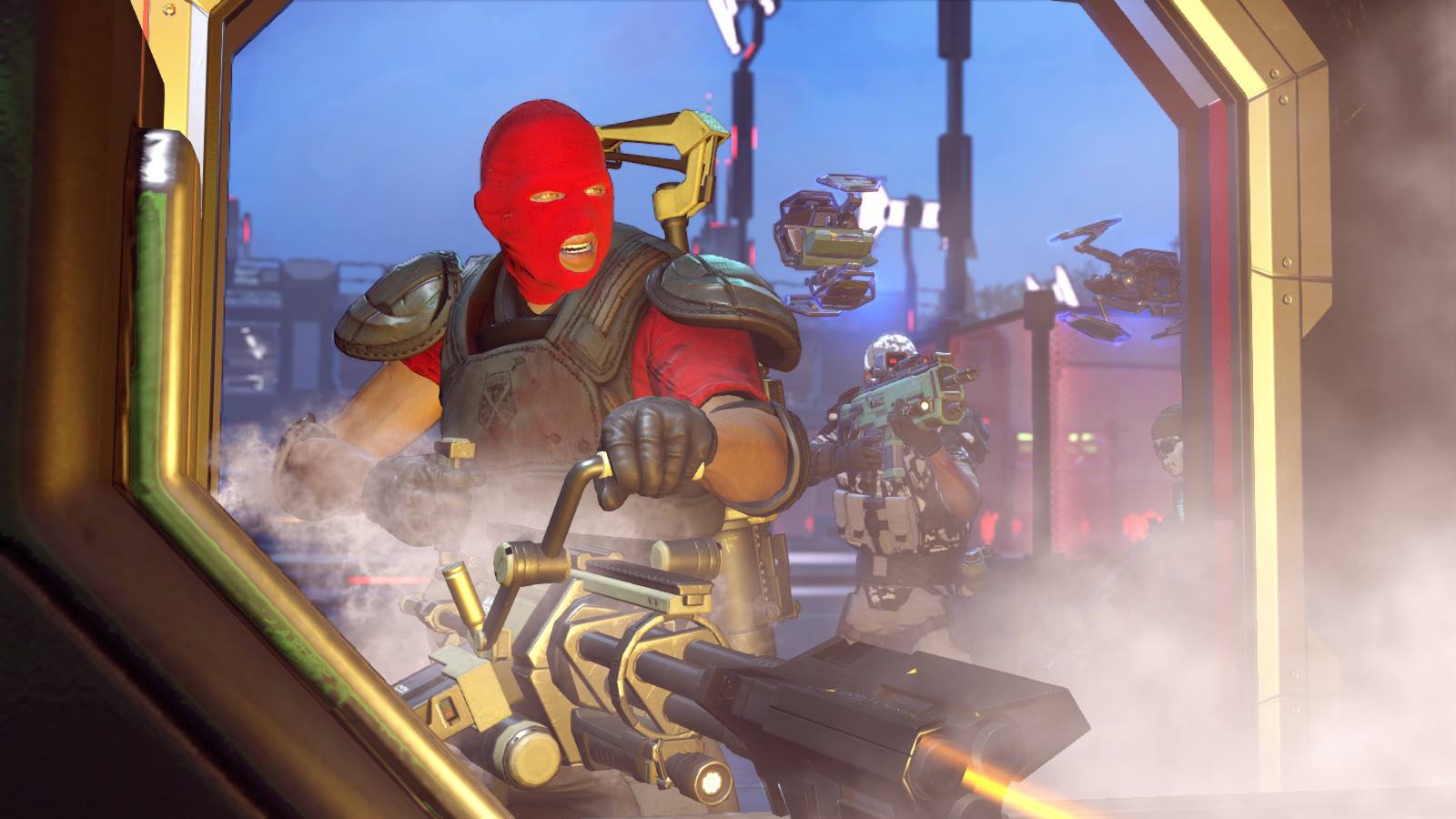 sharpshooter to get closer to the action with their pistol. For the grenadier, it is a choice of either being an explosives expert or gunnery.This leads to the two new classes in the game, namely the drone controlling specialist and sword wielding ranger. The specialist is similar to the support class in the previous game and has the option to be a medic, but opposite to that is a combat hacker, this would make the drone a lethal part of the specialists’ arsenal as it possesses the ability to shock enemies and hack enemy robots, temporarily disable them in order to steal them. Replacing the assault is the ranger, which is as speedy and close-range oriented as the assault, but comes in two distinctive flavors: the high-risk focused blade master or the stealth and flanking oriented scout. We also have the psi-operative, which has the ability to use different psychic abilities, but takes time for them to be discovered and to mature.

A major change would be the geoscape, where you now fly around the globe to make contact with different resistance groups, and gain valuable resources and soldiers to fund the war effort. Time slows down when your ship has landed, but doing actions like those stated above, is a great way to pass time. At the same time, there are many of these events that appear on the map, so picking and choosing wisely what to do is essential as you do not want to waste your time. Time is very valuable in XCOM 2, probably the most valuable of all. And as you race around the world scanning different sites and making contact, a mission that requires your attention may pop up. 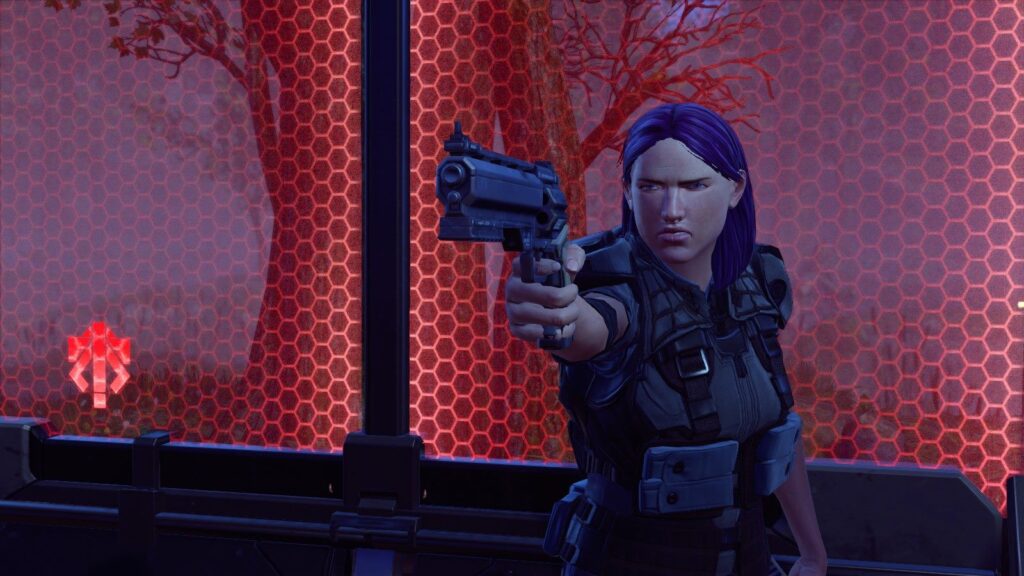 Initial missions are predictive as they introduce you to the game, but later on they pop up at the most uncomfortable time and you are forced to take immediate actions or face dire consequences. There are also missions to prevent ‘Dark Event’, which are events that put restrictions on you and your resistance movement such as making it more expensive to get new recruits or have a UFO shadow you around the map. These missions also force choices on the player, as there are three events each month, and only one can be stopped at any time.

Base management on the other hand has been simplified, but remains the same and a core part of the game. Your base is reminiscent to that of an ant farm, but instead of an underground base like in XCOM: Enemy Within, you are onboard a converted alien ship renamed as the Avenger. Comparing it, the Avenger has less space available than the original XCOM base in XCOM: Enemy Within, yet in comparison the lack of space is not really an issue. On board you start with an empty room where you can build a starting room and the rest are filled with alien debris which are gradually cleared out. Some rooms grant additional bonus to rooms built adjacent to another room with similar functions, like the workshop manning adjacent rooms with a drone.

Resource management is still key, but more so with running a resistance. Scarcity is well implemented in the game, and decision making is crucial especially during the early game. Do I choose to build armor or do I build this room that allows the production of high-end gear? Other than the resource cost, there is also a time factor in building certain items, and this ‘time factor’ also affects research decisions. 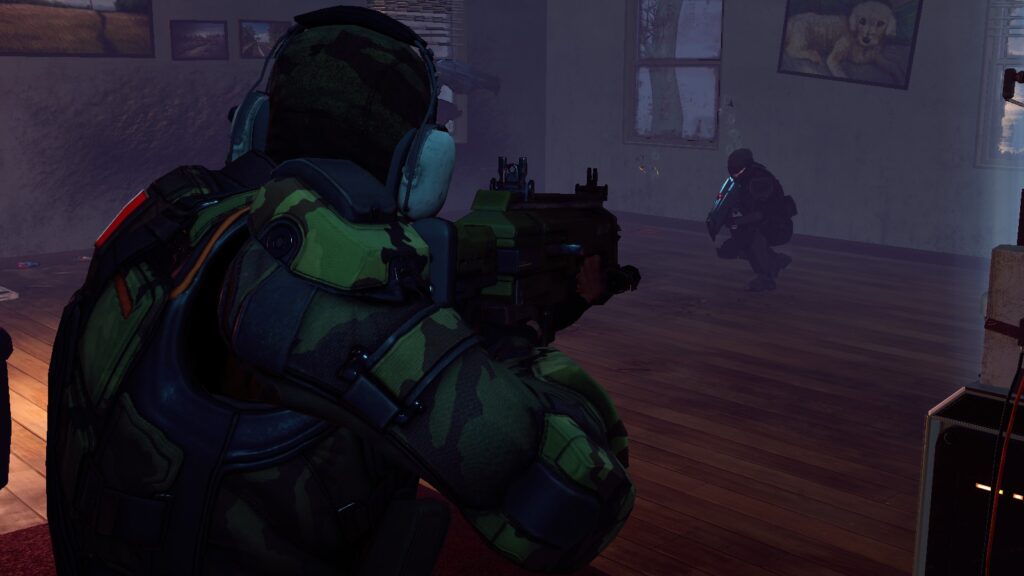 Since day one, the game has had Steam Workshop available with mods made by the talented creators of XCOM Enemy Within’s popular Long war mod. By adding modability to the game on day one, Fireaxis has given a lot of power to modders to mod the game, something they mentioned during interviews, and a slew of mods came after launch. This provides a lot of longevity to the base game, and increases the amount of replayability with mods adding gameplay tweaks akin to that of XCOM Enemy Within’s Second wave modifiers and Long War’s additional difficulty to an already difficult game.

Visually, the game looks pretty good, as the game has its own style that departs from realism giving it a lot of leeway and unique look. On launch though, the game itself had numerous performance issues such as sudden drops in frame rates and long load times, which did not equate with the fidelity of the game. The current version of the game has addressed most of these performance issues and certain gameplay gripes like game animations being too slow. On sound, the game has distinct sounds for different enemies, particularly useful for enemies hidden by the fog of war, and weapon sounds. Music is also awesome, especially with tunes that embed the cause of liberation from alien oppression. In a wrap, XCOM 2 is a solid game and sequel as it brings veterans of XCOM: Enemy Unknown right at home with the game, and those new to the XCOM games will find a game with a lot of depth and conflict that it will pull you right in.

Needless to say, although the game has some issues with some mechanics, namely stealth, and on launch it had a lot of performance issues, with Workshop integration and the Fireaxis working hard to optimize the game, it is a solid game.