ZKILLER Preview – A horde of zombies that should’ve stayed mobile

ZKILLER is an Early Access FPS, Arcade like action game that was originally an FTP mobile game released last May 4, 2018 that was developed by Chainsaw games who recently ported the game to pc on July 25, 2018 for $5. In ZKILLER you fight to survive waves of zombies similar to Killing Floor. 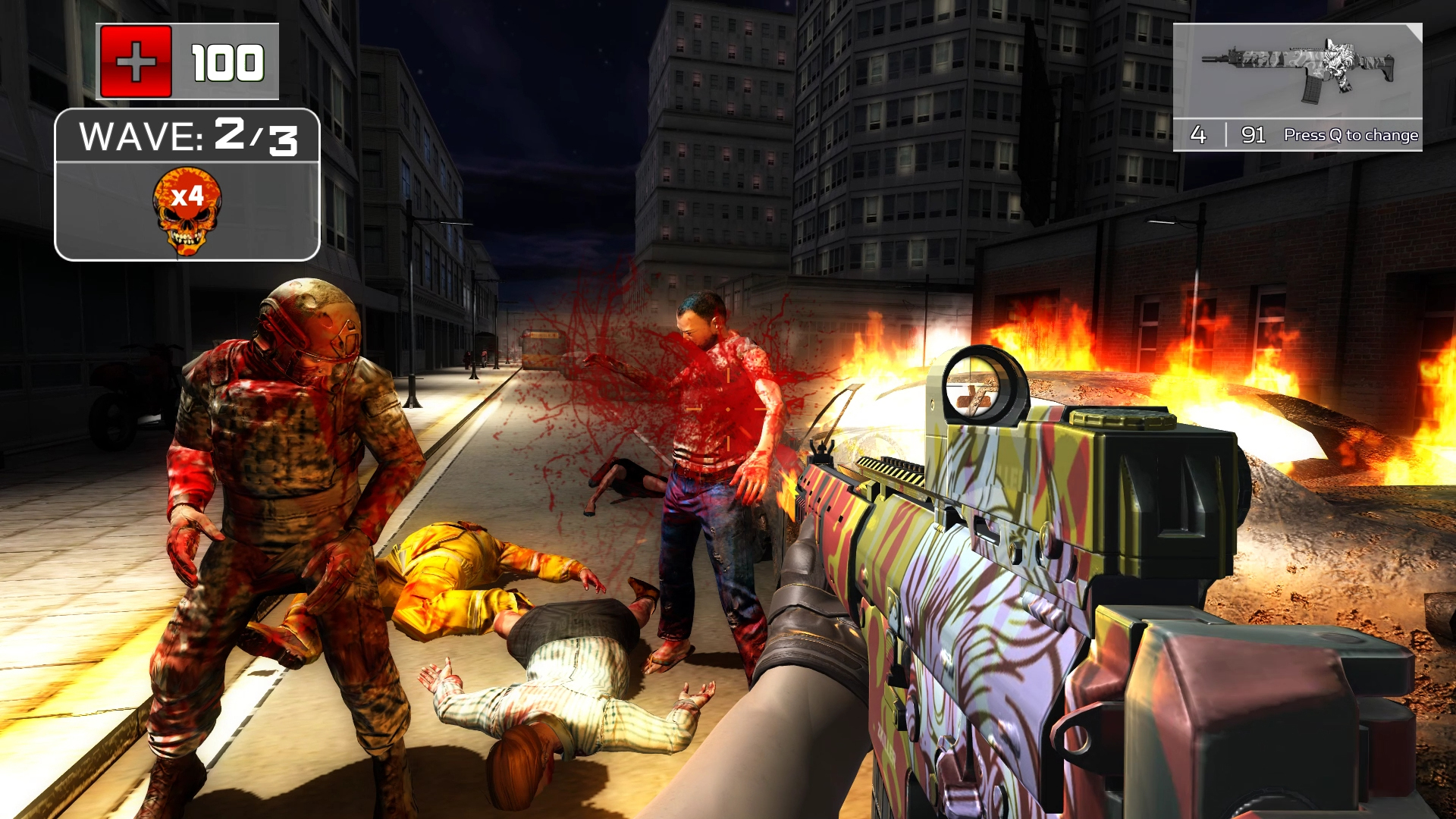 The Story – Hiding and Plain

Nothing really stands out in the story except that it’s nonexistent in the actual game. The game’s story is actually found here: link on Google’s play store. This is a bummer for people who expect a story in the actual game whether it is a narrative or just moving texts on the screen.

The Gameplay – Fun for an hour

The game itself is very simple and linear. It allows you to play it without much thought and is perfect for people who are just getting into gaming and learning the basic controls, but for experienced gamers the game just doesn’t have much to offer. The gameplay is very repetitive and the grind to purchase weapons feel like it takes forever. This is due to the fact that the game is just too linear and it doesn’t feel rewarding especially after a couple of hours. During my playthrough it took me 20 minutes to finish 3 waves and I only received $1,000 – $3,000 while you need about $15,000 – $20,000 to purchase better weapons. The weapons currently in the game shop aren’t that many and consist of 2-3 items per weapon type. The weapon types are Pistols, Assault rifles, Shotguns and Grenades bringing it down to a total of 12-15 give or take. It may entice you to collect everything due to the small amount of weapons the shop currently has, but after an hour or two you’ll soon realize that you’ve already seen much of the game and you hardly have any other reason to keep playing. The game just doesn’t give the player enough motivation and reason to keep playing until the end. 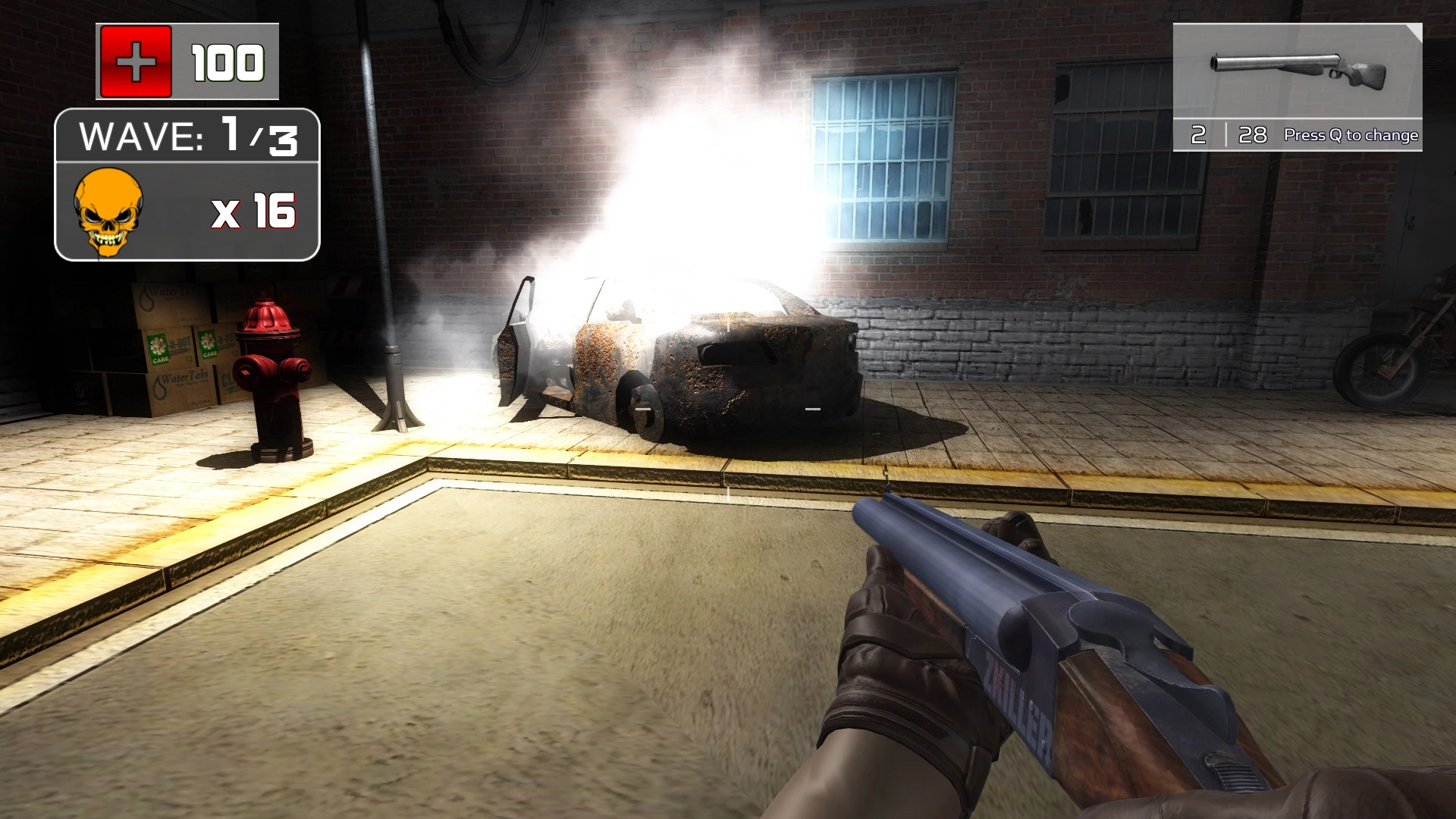 The shooting in the game feel good and the bullets do hit what you’re aiming for, but it doesn’t really matter where you shoot the zombies since they take the same amount of damage whether you shoot them on the head or on the foot they will always take 2 hits from the shotgun. Although, they do get tougher after a certain number of waves. The only real benefit to shooting them in the head is to get bonus points with the headshots.

Music and Audio – One good thing another bad

Another issue for me is that the sounds that the zombies and zombie dogs make when you hit them are exactly the same. This, for me is very off putting and takes you out of your immersion. All of these issues I’ve noticed just after playing an hour of the game. The good thing is that ZKILLER has its immersive metal soundtrack which gets you lost in killing hordes of zombies. Sadly, the soundtrack alone can’t carry the game to feel less of a grind along with its other issues.

Graphics and Animation – Bad even for mobile

Considering that this was made for mobile this year, the animations look terrible and feel unsatisfying while graphics are really dated especially the textures of the zombies even for a mobile game. I found myself comparing the graphics to The House of the Dead 2 which was released in 1998 and even then had at least better animations. 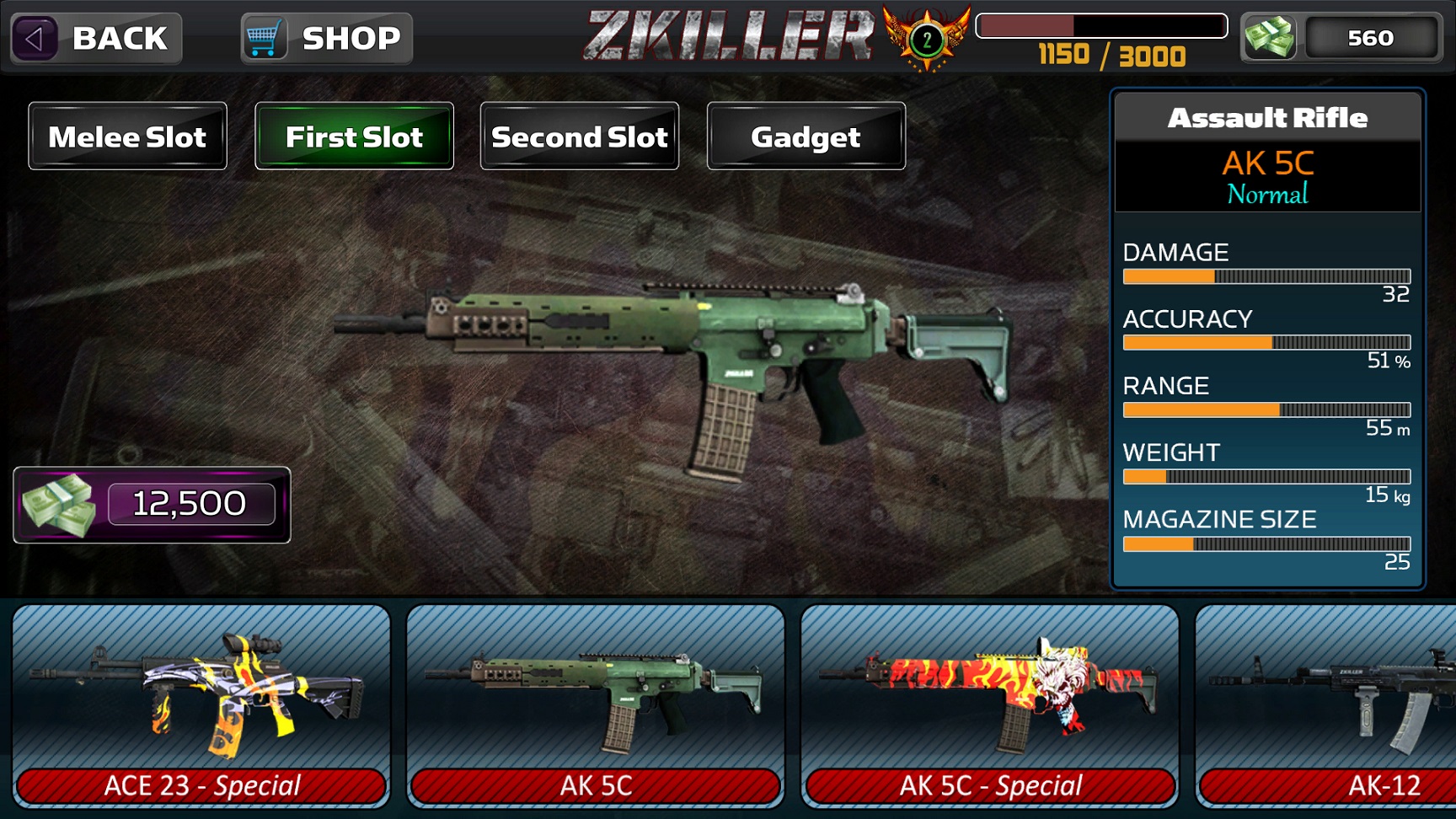 In my opinion the game lacks the ability for people to make mods and multiplayer. In its mobile version everything is completely justified due to the fact of it being free to play. For PC on the other hand it lacks a lot of content to remain competitive or even relevant for its price.

Playing the game got me thinking about the money you need to spend to play it on PC and if there are better options. Which so happen to be a lot of other options at $5 you could be spending it on Left4Dead 2 which offers multiplayer, better graphics, mods, a decent story with character developments and allows the use of cheats if you just want to mess around. There is also a new Zombie game on steam called Dead Frontier 2 which is a 3rd person shooter MMORPG and is free to play. Aside from other good choices such as The Forest, Killing Floor 1 or 2, The Dead Space franchise and Dying light.  ZKILLER just doesn’t justify its price with the content it offers to PC gamers. On mobile I can definitely see this game thriving especially since the mobile version is a lot more updated.  For pc gaming though even at early access the game feels entirely barebones. After playing this game for a couple of hours it felt like a chore and it left me feeling sluggish. I definitely don’t plan to continue playing this game.

The game doesn’t offer anything unique and lacks a ton of content for its price. It is terrible and I urge you not to buy the game due to it being too repetitive and boring at least for the PC port although, I do recommend you to try out their mobile game since it’s Free to Play.