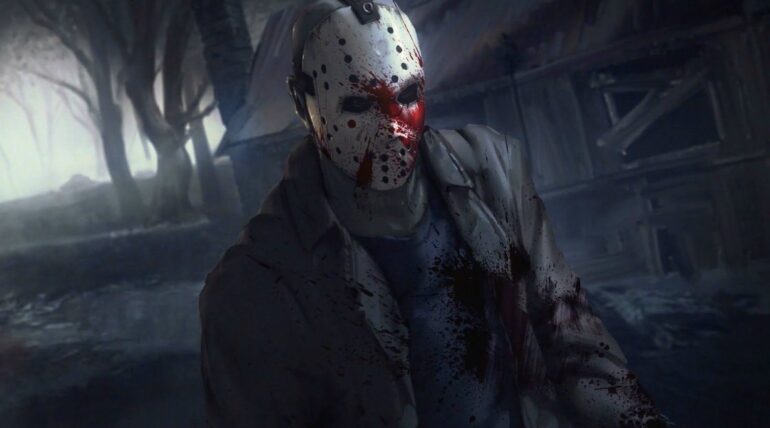 When it comes to horror games, the implementation of multiplayer can affect several different aspects of gameplay. It’s always more scarier when you’re alone. But friends always make any game more fun. Of course, multiplayer has a habit of breaking immersion. Yet there are still games out there that can be decent horror experiences despite being played coop.

Why don’t you gives these games a shot with your pals? Here are games that rely on cooperation with your buddies in order to survive the horrors lying in the dark.

Phasmophobia is one of those games where despite its awkward animations, nails the atmosphere completely. Even though you play with your friends and occasionally encounter goofy yet memorable moments, Phasmophobia knows how to instill the essence of fear. Primarily I believe this is because the developers have a good grasp of build up. You and your friends know something is going to happen, but don’t know when it’s going to happen. And that anticipation is truly what creates scary moments.

In Phasmophobia, you’re investigators tasked to figure out the type of ghost you’re dealing with along with accomplishing a set of objectives. You’re always in danger though, as ghosts can become hostile at any time to attack you and every ghost type brings its own set of dangers.

The latest Halloween update for Phasmophobia adds a new open campsite map and four new ghost types. This along with the new Nightmare difficulty give the game more replayability even for veteran investigators.

Dead by Daylight is a 4v1 horror game that sets the survivors against one killer. You and your friends have to cooperate against another player who routinely patrols generators in an attempt to prevent the survivors from escaping.

Dead by Daylight isn’t really a scary game. But we can attest to it being a fun one. Hiding in lockers and trying to out maneuver the killer makes for a fun hide-and-seek game with a horror twist. With multiple survivors and killers to choose from with different maps to play in, Dead by Daylight is a good game to frequent on the weekends.

I remember the endless amount of fun I had chasing around other players as Jason. And with the gory kill animations and supernatural abilities at my leisure, I had a fun time inserting myself as one of fiction’s most iconic killers. On the other side of the coin, as a camp counselor I was forced to rely on my wits and cooperation with fellow players to survive the night.

Friday the 13th is our recommendation if you have a large group of friends looking to play together. With several opportunities for escape, players must work together against Jason to complete a series of objectives before they’re killed one by one.

GTFO is a four player coop horror game where you’re thrust deep into the underground to survive against abominations called the Sleepers. What sets GTFO apart from the others is its tactical nature. Sleepers are irritated by light and noise. So you’ll have to cooperate with your team to ensure the best possible odds for survival. Pick your fights carefully and tip the odds in your favor.

There’s nothing better than an old fashioned zombie killing game. Group together in a team of four to take the fight against the horde. World War Z features multiple classes to pick from so cooperate with your squad and play your respective roles to increase the chances of survival.

The Aftermath DLC brings in an all new class to play with, new maps to dive into, and a first person mode to experience the horrors up close and personal. Killing the horde has never been more satisfying.

While originally starting out as a single player game, The Forest has received updates that allow friends to join you in your journey to save your son. Surviving in an open sandbox with friends has never been more fun.

The Forest is a survival coop game that places you in a sandbox to collect resources as you build shelter and create protection against the freaks inhabiting the forest all the while conducting exploration.

A coop horror game that relies primarily on sound, Sign of Silence pits you against creatures that uses noise to detect where you are. Talk too much and they will come for you. If you have that one friend who never seems to shut up, then maybe introduce them to this game without giving context?

Parkour and zombies, what could be a better combination? Dying Light allows you to team up with your friends of up to four in a party to fight the undead plaguing the city. As you roam around the rooftops, you can scavenge materials to create better weapons, improve your skills, and accomplish objectives.

Ever been sleepwalking? In The Blackout Club, you and your friends investigate why some have been waking up in the middle of nowhere with no recollection of how they got there. Is it just a result of a bunch of drunk teenagers? The threats lurking in the dark say otherwise. Uncover the mystery of what’s going on your own way and create your own solutions.

The Blackout Club offers great replayability value with its procedurally generated maps, missions, and obstacles. No two nights around the neighborhood will be the same.

Killing Necromoprhs alongside a friend is now possible thanks to the introduction of coop gameplay in Dead Space 3. Play through the whole campaign with a friend in tow as you blast down the undead and prevent the Brethren Moons from consuming the Earth.

You can play the game on current generation consoles thanks to Xbox Game Pass and PS Now.

With the frustration of dying again and again, Hunt Showdown is a game that requires quite a bit of patience and best played with friends you can trust. It is a refreshing take on the battle royale formula that pits you against other players on the map with the goal of hunting a fierce monster plaguing the area and extract. Be warned as other players are an even bigger threat to you than the various abominations roaming around. Be sure to cooperate with your friends and position yourselves carefully.

The godfather of zombie shooter games, Left 4 Dead and its sequel is a timeless classic that offers fun for all despite its age. If you don’t mind playing an old 2008 game, Left 4 Dead has a lot to offer in terms of charm and carnage as you mow down the zombie horde in your journey to get from safe zone to safe zone. If there are more than four of you, you can opt in for a versus mode where other players play as the infected to hinder your progress. In our opinion, it’s still a much better game than its spiritual successor, Back 4 Blood.

Similar to Phasmophobia, Forewarned is an investigation that tasks you to find out what you’re up against. Except in Forewarned, there is an archeological twist. Your bandaged foe lie awaiting in the darkness of the tomb you’re tasked to explore. Can you and friends make it out alive?