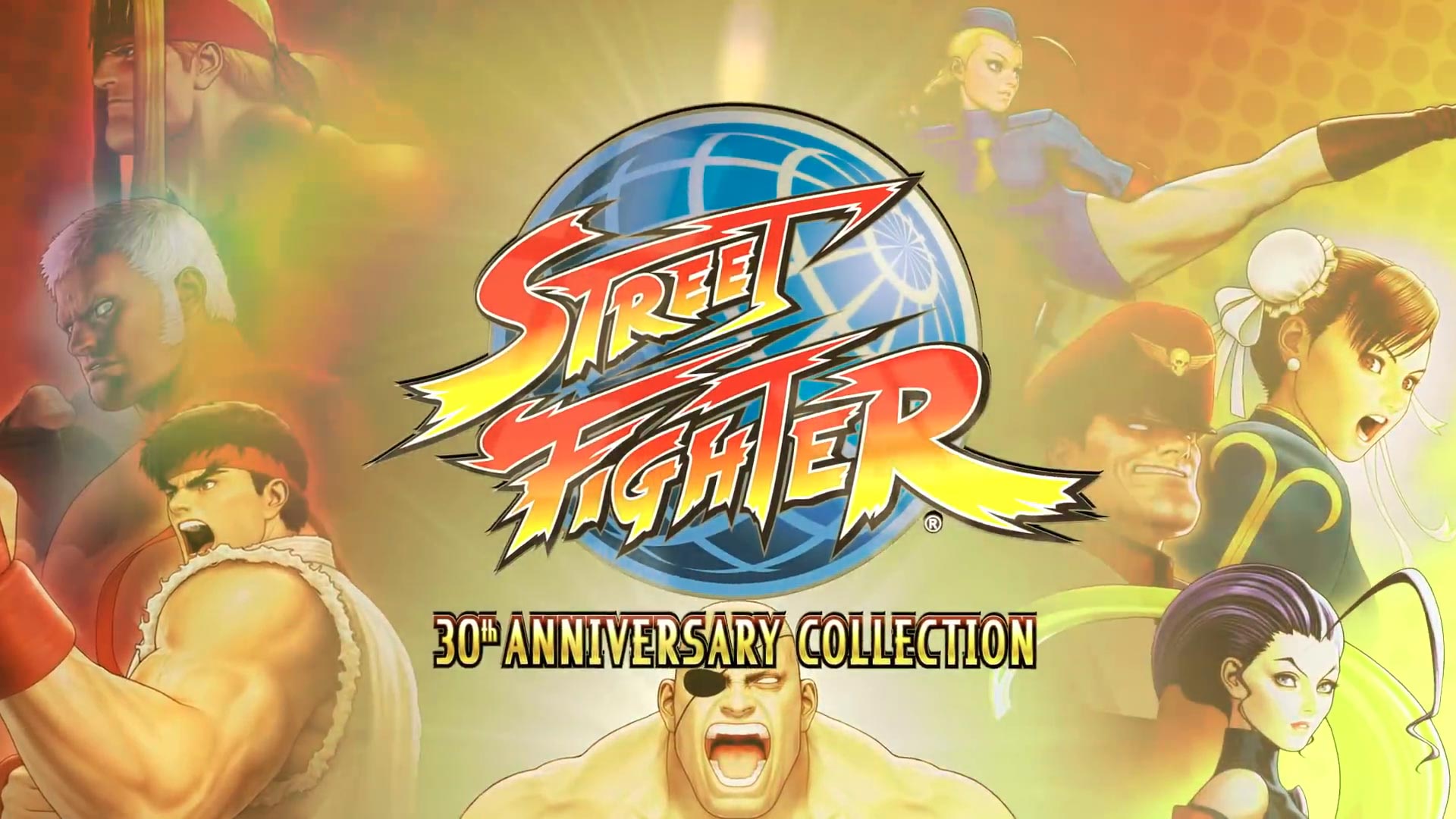 Street Fighter: 30th Anniversary Collection Review – How Do Can? Sure You Can!

It was three decades ago when the original Street Fighter game released on arcades. It was also in 1987 when Mike Tyson beat Tony Tucker for heavyweight boxing title. I wouldn’t really care about that, I wasn’t even born yet! But that’s the whole point of Street Fighter’s 30th Anniversary Collection – it gives youngsters (like me!) the chance to enjoy the franchises’ years of legacy. So is it worth getting?

FIRST THINGS FIRST. I suck at Street Fighter-ing. That because this franchise left a scar in my childhood, but let’s see if I’d talk to you about that one – we still aren’t that close. Heh. Anyway… 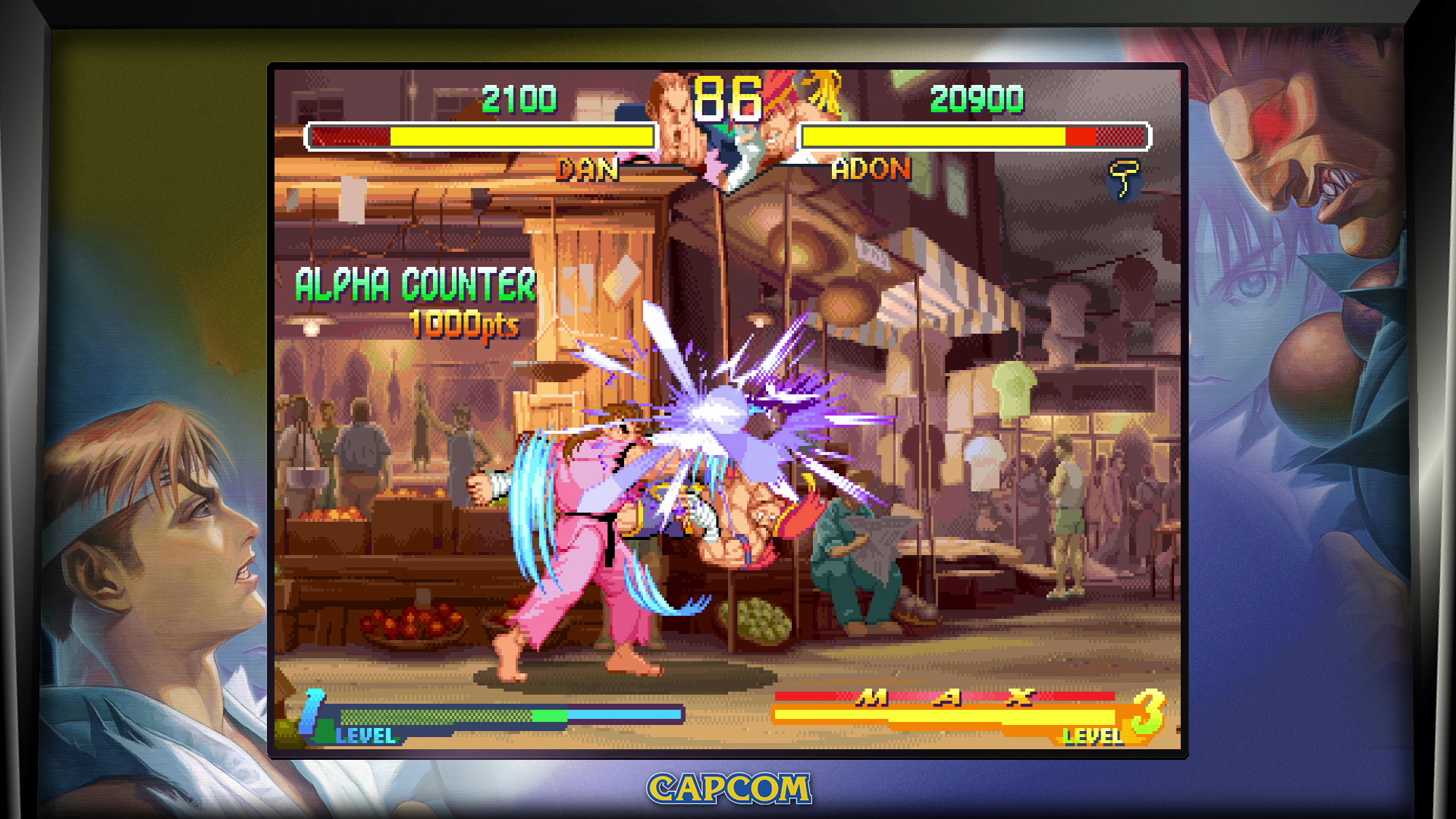 That’s a lot of street fighting in one collection. Most of the games are awesome, being one of the world’s best fighting game series. However, the original Street Fighter sucks. There, I said it. It basically sucks.

The first Street Fighter has this weird-ass art style. I don’t know if games looking like this were the hots back in the late 80’s, but in today’s standards, the game looks hella ugly. Not only does it look bad, it also plays bad. The controls are barely responsive, I don’t think the combos are the same as they are today, and I bet a lot of kids wasted their quarters back in the day.

Okay, I’m pretty sure you get the point – the original Street Fighter just isn’t great. You know what made me realize how great it is, though? It’s the foundation of the series and it’s always there to remind us of how gaming technology has evolved over the years. Yeah right, you got me. It’s so hard being optimistic about something so terrible. 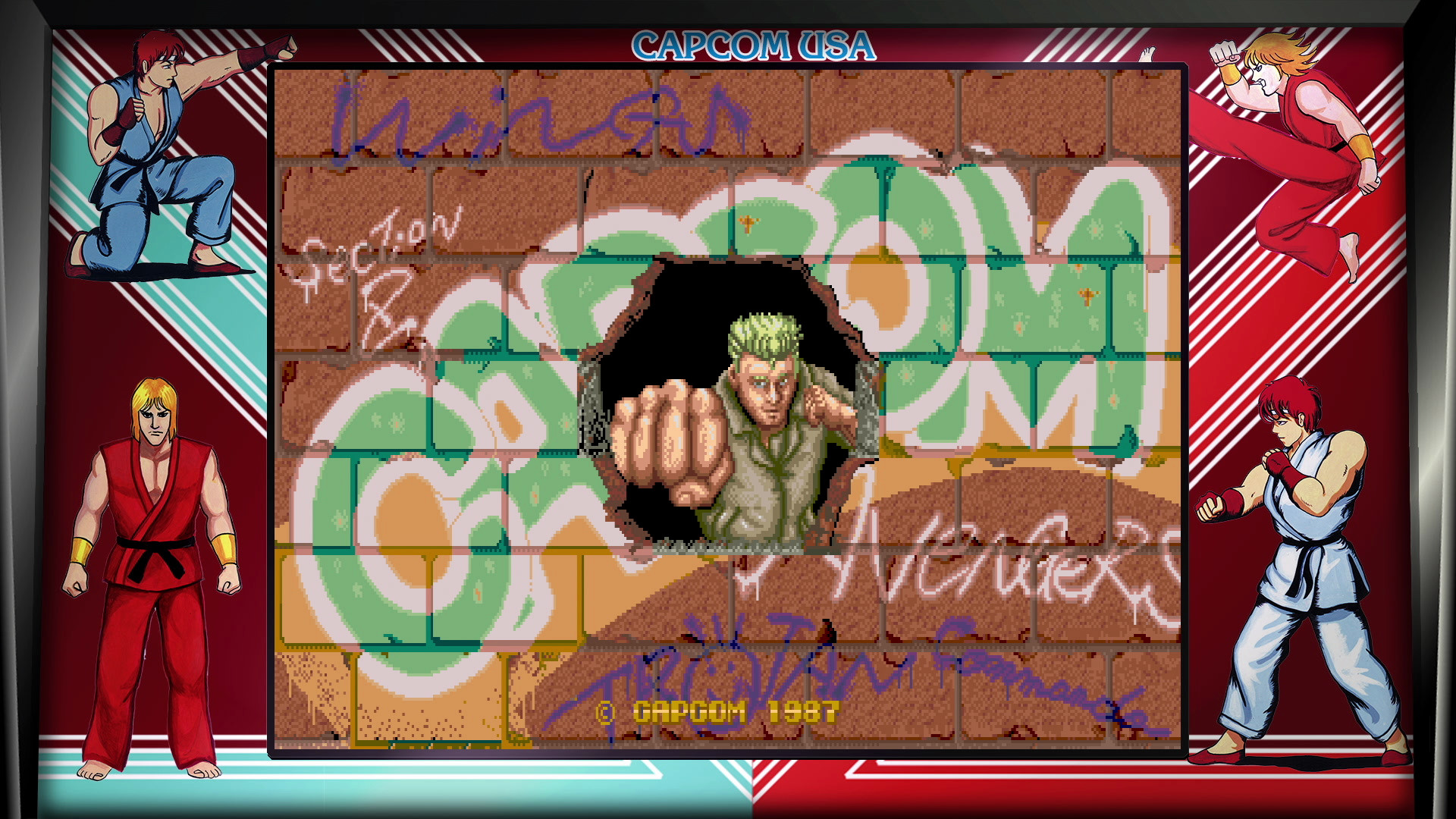 It’s a great thing the sequel is way waaay waaaaay better than the first. Street Fighter 2 is so well-made, I personally think it’s the most popular number in the series. How great is it, exactly? Well, let’s just say that even until now, the second entry has new versions coming up, with the latest being Ultra Street Fighter 2: The Final Challengers, released for the Nintendo Switch last year, 2017. I’m pretty sure a new SF2 will come out for future generations of consoles.

Playing through the virgin version of Street Fighter II up to Super Turbo is a blast to the past. It’s amazing how through the years, the developers have added a lot of game mechanics to keep the games fresh. Makes me wonder why they didn’t just name the later versions Street Fighter 3, 4, 5, etc. But I guess having II next to Street Fighter would make fans of the vanilla version go weak in the knees. The succeeding games in this series number play great, still. Even better than the original SFII.

I grew up with Super SFII Turbo in the arcades, and that was a memory I’d rather delete from my brain. A lot of five peso-coins were lost because the other kids just didn’t give me the chance – they’re just too hardcore! I lost my will to play another Street Fighter since then. With this collection, I was introduced to the SF: Alpha series, and playing it was a blast.

The Alpha series added something that lets newcomers/noobs a fighting chance. Unless you’re playing with another person who knows what they’re doing (good luck with that). Not only were the sprite arts completely rebuilt (everything’s flashier with the third Alpha installment), the roster even grew bigger. 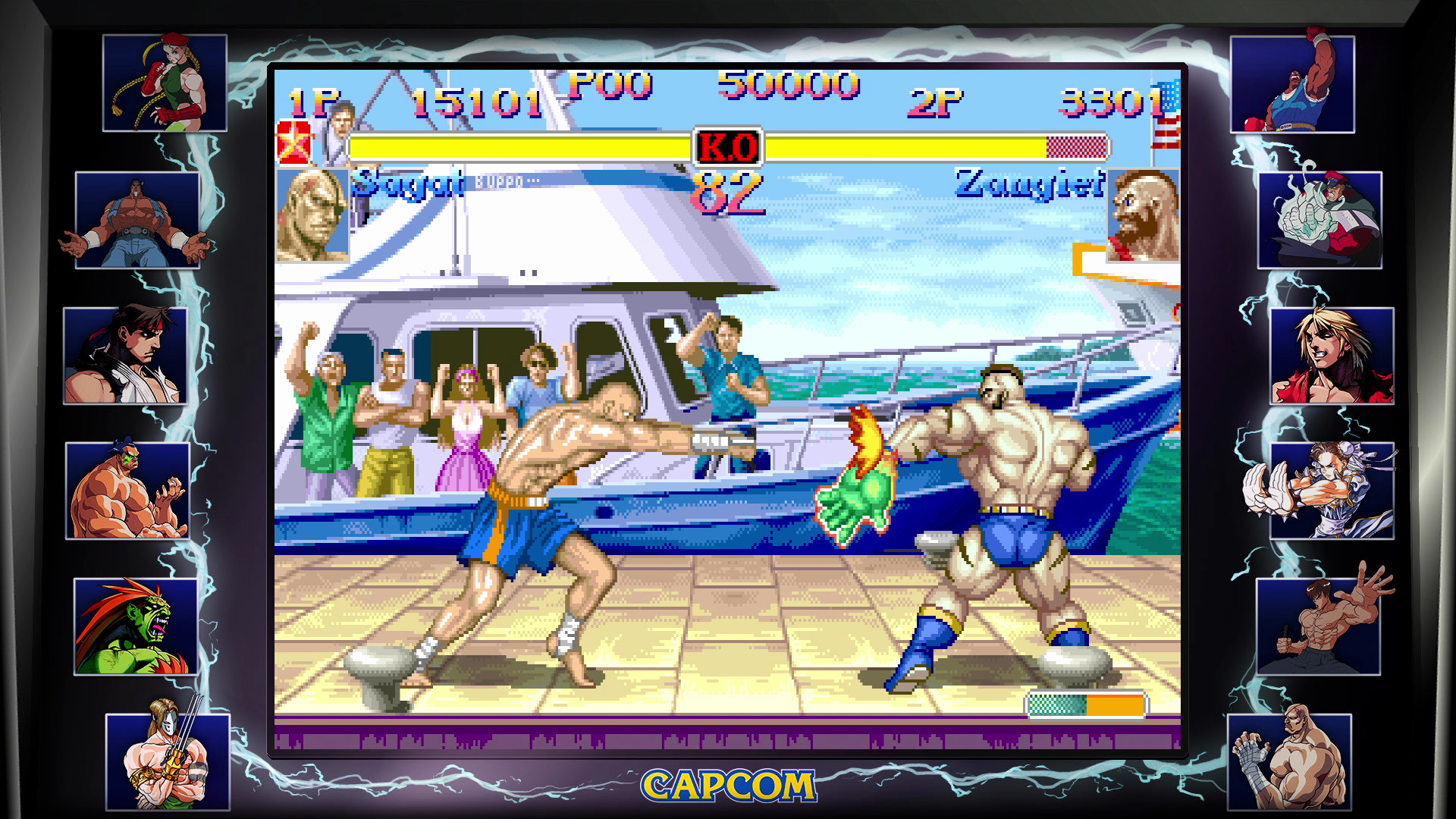 The Street Fighter III series added parry. Parries are achieved by tapping the direction towards your enemy the moment their attacks land. You can even cancel you parry, turning it into your own attack, interrupting a combo. Just make sure to do it with the right timing, or you can just take the attacks with reckless abandon. I learned that the hard way.

Street Fighter 30th Anniversary Collection (what a mouthful) is a celebration of all things Street Fighter, including sketches and behind the scenes of the games for the last three decades. The collection perfectly emulates playing in the arcades, even adding optional frames that let you feel like you’re actually playing in a big, boxy, Stranger Things-related gaming machine.

The developers even included online versions of SFII: Hyper Fighting, Super SFII Turbo, SF Alpha 3, and SFIII: 3rd Strike. This way, you can relive the moments of your childhood when other kids beat your chosen character’s ass in-game. Or maybe that’s just me.

Street Fighter: 30th Anniversary Collection - Review
Score Definition
When the issues of a game are rolled and stomped by its greatness, then it’s something to invest on if you have some spare.
Pros
Full retro
Original, wide, and fit screen settings with frames for added arcade immersion
12-Street-Fighter-games-in-one
A great way to experience 30 years of Street Fighter
Includes online versions of some games in the series.
Cons
None if you play like a pro, a lot if you play like a noob (this is me).
8.5
Great