Sonic Mania Plus Makes Its Way To PSX 2018 SEA

SEGA’s famous blue hedgehog is going to blast away attendees at PlayStation Experience 2018 South East Asia in Bangkok next month on August 18 to August 19. The latest release of Sonic Mania Plus makes its appearance to Sony’s exclusive event as it attempts to bring nostalgia and let the event goers experience the game before making them decide to get it.

More titles will be announced by PlayStation Asia soon, so stay tuned for more announcement of PSX 2018 SEA on Sirus Gaming. 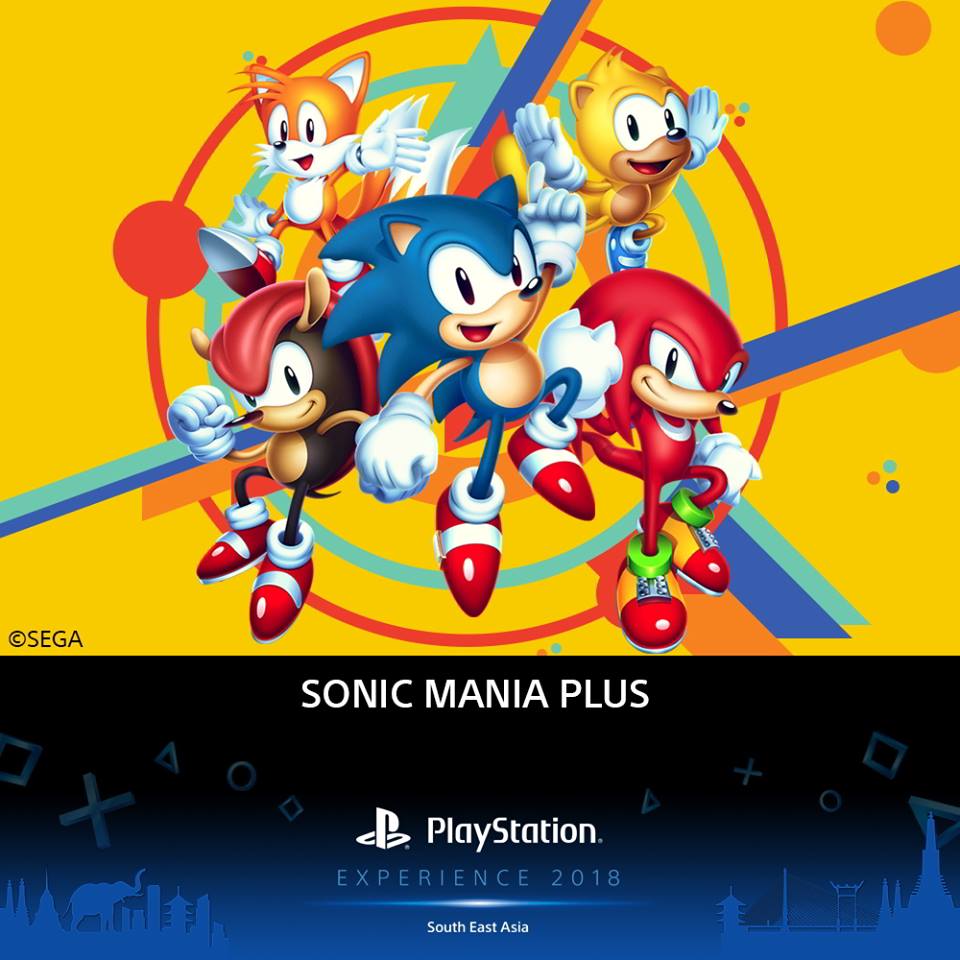 Sonic Mania Plus is technically an expanded version of this year’s release of Sonic Mania. It brings Mighty the Armadillo and Ray the Flying Squirrel as playable characters, as well as a brand new zone called Angel Island. With the latest addition to Encore Mode, this provides slight changes with visual design especially the level’s color pallets to add a little gimmick to it.

Sonic Mania Plus is going to be available on PS4, and to other platforms: Xbox One, PC, and Nintendo Switch, this July 17.