Splatoon 2: Octo Expansion Review – What the Base Game Should Have Been

Modern gaming’s shooters with a post-apocalyptic world as its theme are mostly dark and gritty. Zombies and mutants roam the lands while you, as a survivor, try to not get eaten or beaten the shit out of your bag of bones. Then we have Nintendo, giving us a colorful multiplayer-focused game featuring squids in a universe where human beings are extinct. And now, the sequel to that game has its own downloadable content. Welcome to Splatoon 2’s Octo Expansion. *Cue Off the Hook music*

Splatoon 2’s main campaign took us to an adventure about saving Callie (one of the first game’s host and idol) from the evil clutches of DJ Octacio (also the first game’s main villain). The story missions are great and ll, but they all feel like remnants of the first entry in this series. The new expansion fixes all of that.

Octo Expansion delivers a new story to Splatoon 2. This time around, we’re introduced to an Octoling who goes by the name that Captain Cuttlefish has given – Agent 8 (because octopus has eight tentacles, get it? Get it?!). The two then found themselves traveling on a train, taking missions to get out of the subway they’re in. Oh, and Agent 8 is also an amnesiac. The only way to regain the lost memories is to finish the quests. Memories are then acquired via mem cakes, which looks a lot like cute Japanese candies of Splatoon characters. Collecting a set of mem cakes nags you an Octoling gear.

The Octo Expansion contains a total of 80 missions, with each being harder than the rest. Wait, a Nintendo game is hard? Yeah, you read that right. Some multiplayer-focused games give story missions as the tutorial stages for the players to get the feel of the game’s controls and mechanics itself. In Octo Expansion, however, Nintendo just didn’t give a shit about your well-being.

The missions vary from one another and are creative enough they could be compared to some of the shrine challenges from the Legend of Zelda: Breath of the Wild. On some of the simpler levels, you are tasked to get from point A to point B. Then comes the hellish nightmares of making you protect a teeny tiny object from being exploded by big, flying missiles. Think of it as a timed escort mission, but a whole lot worse.

Don’t let the difficulty intimidate you, however, since after a couple of deaths on a single mission, a skip meter charges. Once full, you can then skip the whole mission with Marina’s hacking skills. So don’t throw your controller just yet – just dive off a cliff and let Marina do the rest for ya. Doing so, however, will get you a black and white mem cake. Eh, so long as you keep your sanity, right?

Finishing Octo Expansion’s campaign lets you bring your Octoling to online turf wars and ranked modes, but you don’t have to finish all 80 missions. You just have to find four ‘thangs’ to be able to face off with the final boss. I thank the developers for this because I don’t think the whole 80 missions are passable for everyone.

The bosses here are just bosses you find in the main game. However, they’re worse and have a few more tricks up their sleeves. Still, defeating them is the same, but you just have to cover everywhere with your ink to dodge and get out of the way as much as you can. Then again, we know a certain DJ who can make the game think you’ve passed the test after a couple of splats, right? Psst, I’m talking about Marina!

So is Splatoon 2’s first ever paid DLC worth the $20? Heck, yeah! Not only are you given the missions, but finishing even just the main story is worth it. It’s nice to see the Off the Hook team in action for once. Splatoon 2’s Octo Expansion really feels like it’s what Splatoon 2’s main campaign should have been. 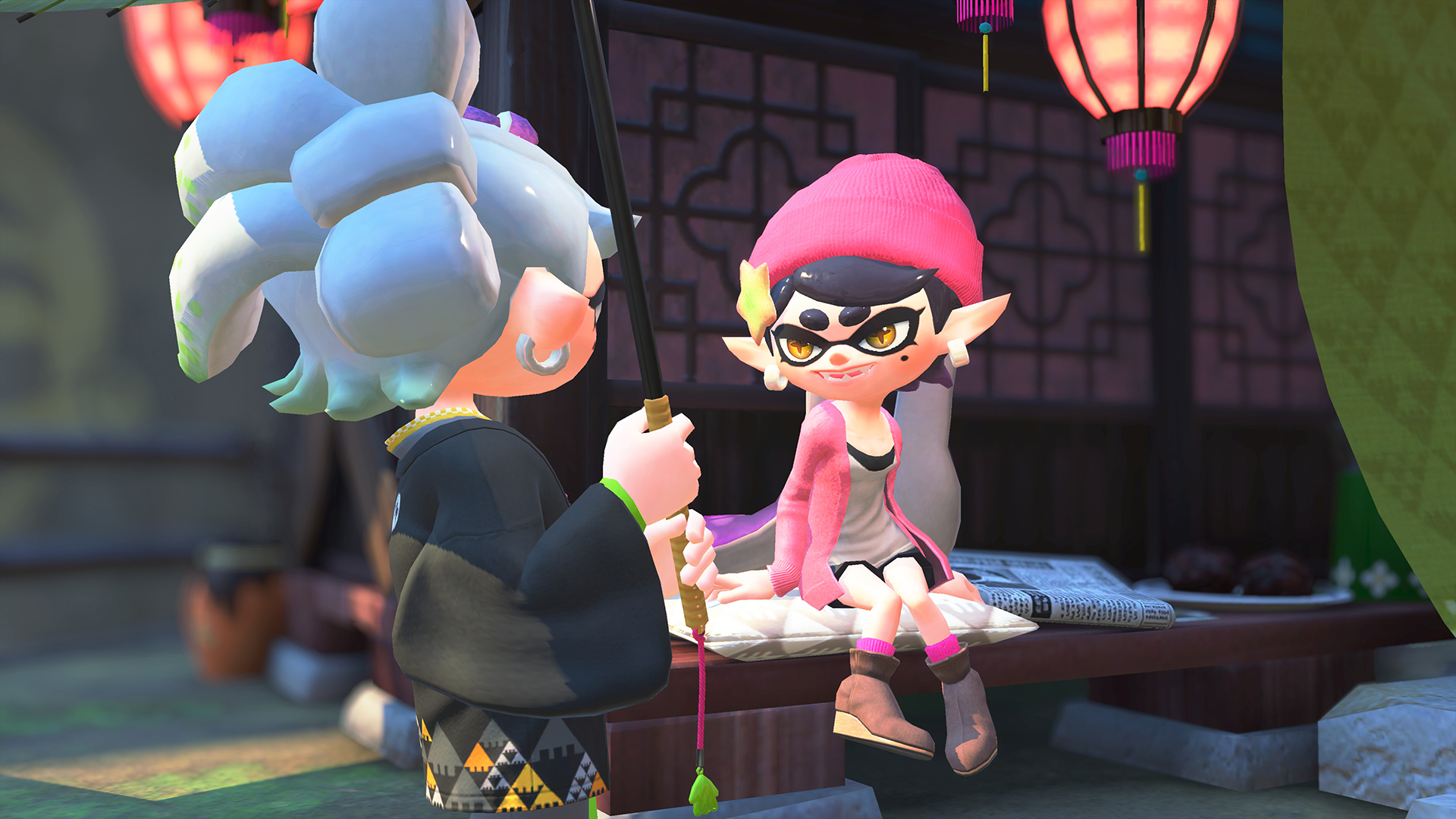 Splatoon 2: Octo Expansion
Score Definition
When the issues of a game are rolled and stomped by its greatness, then it’s something to invest on if you have some spare.
Pros
Challenges are creative
Missions can be skipped after a couple of splats
Funny/cheesy banters and messages between characters
Veemo
Cons
Sometimes the challenges are too much
8.2
Great