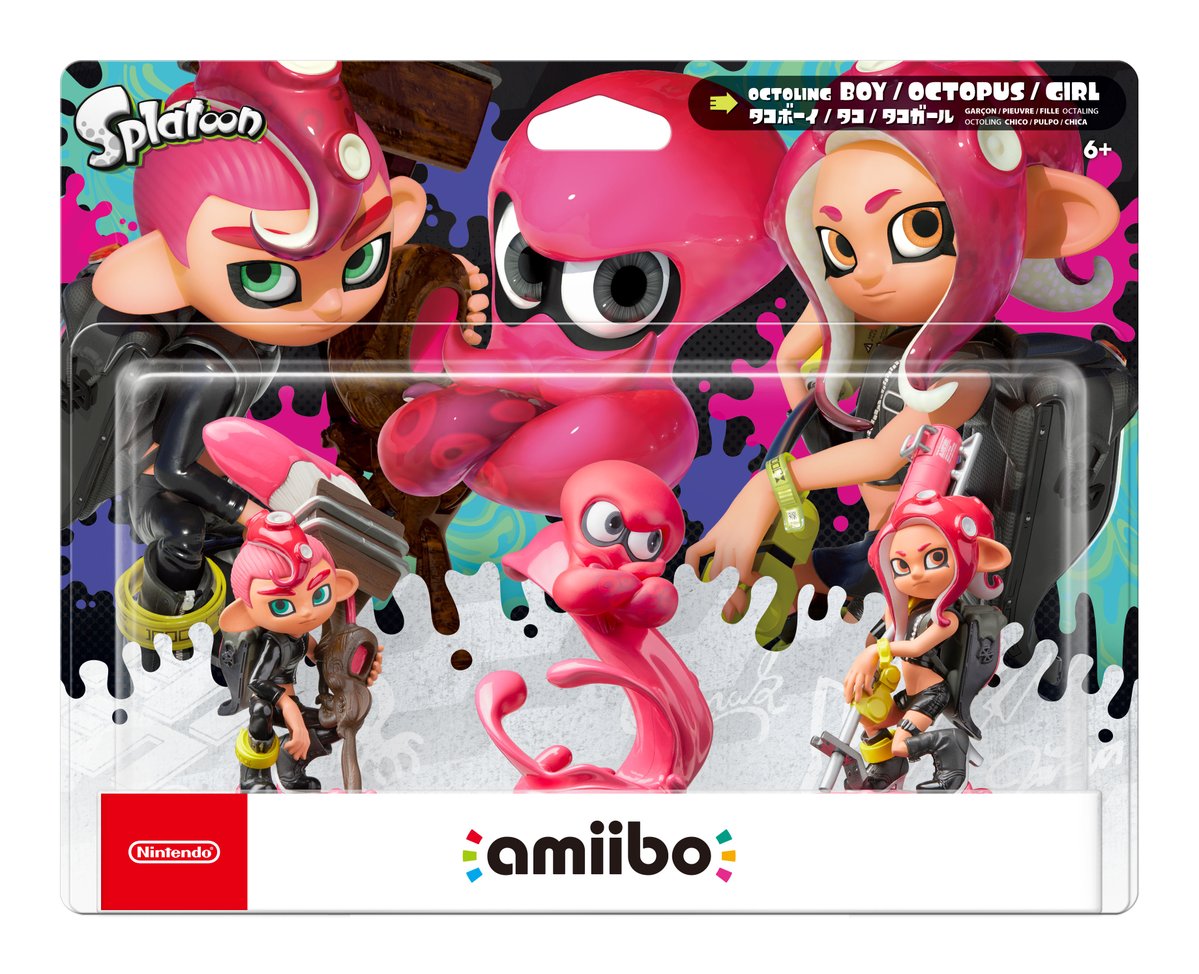 Splatoon 2 gets themed set of amiibos

Nintendo recently announced the official themed set of amiibo figures based on the video game. The three-pack will include figures of an Octoling Girl, Octoling Boy, and an Octoling in octopus form. The whole crew shares a smooth pink and black color scheme.

Heads up Inklings! There’s some new #amiibo joining the ink-splatting action! This 3-pack, featuring Octoling Boy, Octoling Girl, and Octoling Octopus will be available on 12/7. pic.twitter.com/XeAgbG9s7S

The whole set will launch later this year on Dec. 7. This will coincide with the launch of upcoming video game Super Smash Bros. Ultimate.

The amiibo set will be compatible with the Nintendo Switch. However, there is no word if it will unlock anything in the upcoming Super Smash Bros. Ultimate.