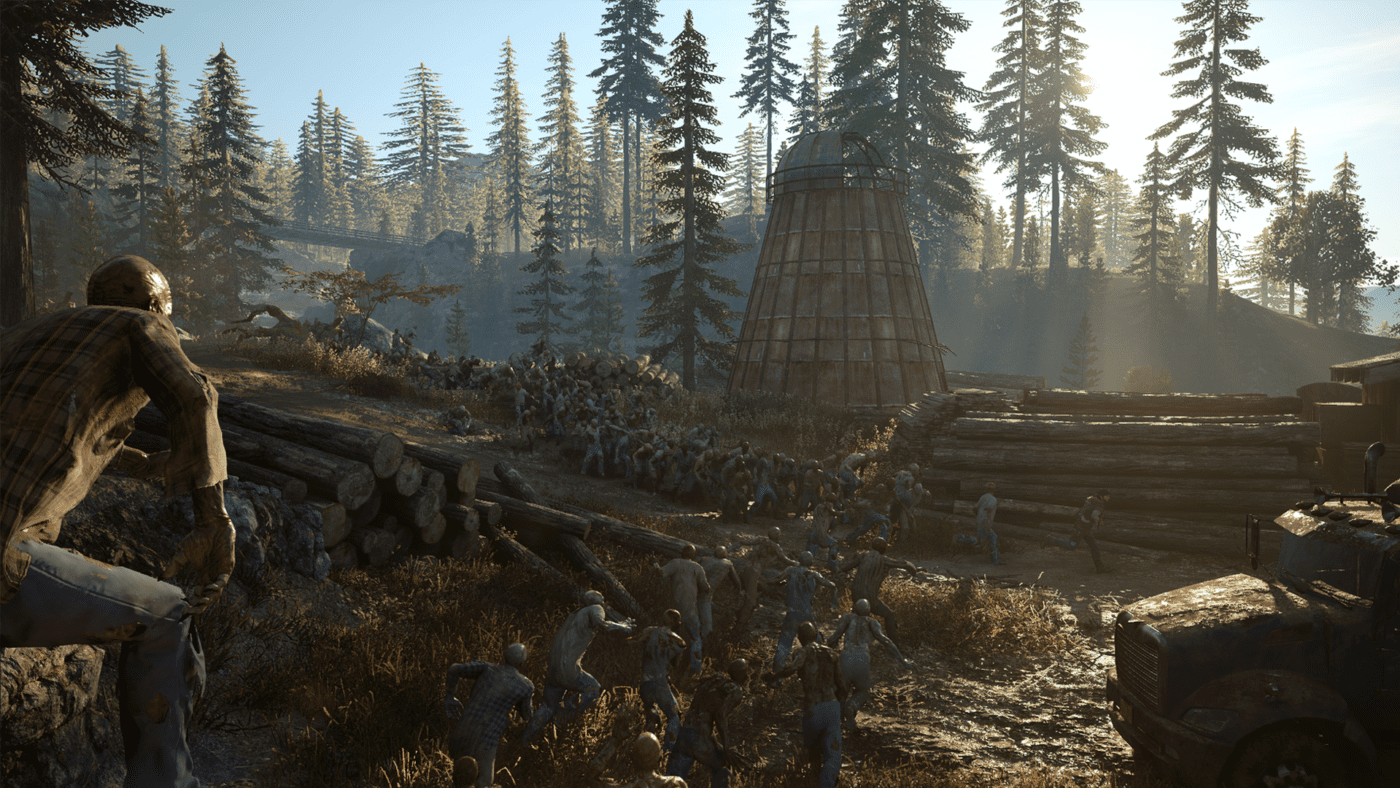 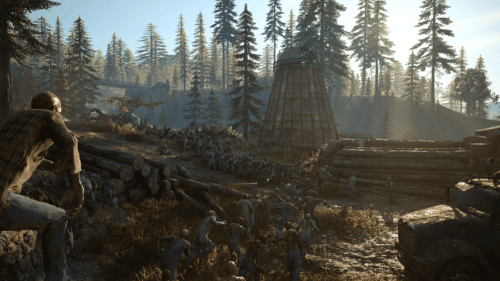 With tons of post-apocalyptic-genre video games that have been released, we already have a pretty good idea which horror flick games are awesome in their own rotting, bloody way or something that you can just totally put in the backseat and maybe for some, something you can just totally ignore and wait until it is on sale.

Days Gone is set in an open world where every corner might mean an adventure or death for you. This is quite a familiar territory for Players who loves to play open world-esque adventure type of games. What I find silly though is that when you put a marker on a random location in the map, the game doesn’t give you a path to the location. Once you hop on your bike, you can only see the marker and its distance. The in-game path will only happen if you set a marker on a specific location. This is really inconvenient because I really would like to go to every corner of the map, but I couldn’t!

I have been playing this game for more than 40+ hours and believe me when I tell you, this one is slow when it comes to storytelling. I did mention in my review in progress that I find those Encampments very unique but really find most of their missions unbearably boring. Well, they still are! There will be more where they came from as there are a few Encampments you will have to undergo. I feel like they should be more of a side mission rather than a main story line. These unnecessary missions are quite inevitable and there must be an option to skip them and go to the meat of the story. The main story line could get quite emotional as Deacon turns every stone and opportunity he could find to figure out if Sarah did make it out alive and survived like the rest of them. Everyone keeps on telling him to give up and move on and to live his life to the present. But he keeps on pushing forward never tempting to give up. Every scene of discovery is both sentimental and hopeful. That is the reason why I would really like to get to the bottom of all of this mystery!

Even if these Encampment gives me these annoying rinse, wash and repeat missions – I appreciate the time that they put into character roles. Aside from Boozer and Sarah, you will have the chance to meet with Camp Leaders and get to know them a little further. Mark Copeland who not only is a camp leader but runs Radio Free Oregon who broadcasts controversies; I really love his ending speech to ‘Do not believe in Lies’. Ada Tucker, another camp leader, who is a warden previously before everything was consumed by death. She is an old lady but definitely runs her camp with a firm hand. This third Encampment in Lost Lake is where I really got attached to as it was run by a leader named Iron Mike, nothing like how Tucker runs things, by the way, he treats every life as precious. Every life is valued and all of them must act together to survive this damnation. I tell you, he is too good for this kind of world. You will also to get to meet Rikki, Iron Mike’s trusted survivor, who will give you missions and at some point of the game – gives a little too much attention to our Protagonist. Juicy! Anyway, another character you will meet in Lost Lake Camp is Skizzo, Iron Mike’s head of security. I love hating him as he is arrogant but I think he is just clearly misunderstood. There are still plenty of characters you can meet and I appreciate it how much you grow with them and knowing their backstory.

I believe that whatever it lacks on the storyline they try to make up for the never-ending shrieking Freaks that are plentiful in the area. It was a surprise too when these Freaks can totally evade your melee attacks! You’d think they are mindless creatures but that subtle ability really umphs the zombie gameplay. Don’t fret though, this subtlety you can totally nail in the head. Just evade the attack after they evade the hit and you can now hit them crazy with you boot knife or whatever melee weapon you have on hand. There are varieties of Freaks that is quite similar to Left For Dead zombies as I have mentioned previously but no one was ever ready for the Horde. Comprised of hundreds of Swarmers, they move in a beehive mind and will pursue you until the very end. It is not easy running away from them as you only have limited stamina and you must be resourceful using cocktails to generate it. As you may run out and will cause your ultimate doom. They hide primarily in caves, train cargo and sometimes inside buildings to hibernate during the day and come out at night. They are very sensitive to sound and you may want to be very careful clearing out camps if there is a horde nearby as gun noises wake them up and they can come out raining to your direction. I usually use this to my advantage as they do the dirty work for me while I hide in bushes and seeing everything from afar. Wink!

Now you thought you can just finish the game without fighting a horde now, don’t you? Jokes on you then! The game pushes you to really fight off a horde and it’s the most adrenaline packed run of my in-game life! You can literally hear them breathing on your neck and those never-ending shouts will give you goosebumps and sweaty palms while you run away and fight this pile of undead. You want to squeeze through tiny spaces to lose them but this could put you in danger too. A huge horde may break their formation and can run anywhere. I really hate running zombies and seeing a colony run towards you, is not a sight you can forget any time soon. You will have to heavily rely on traps, Molotov and bombs to help you survive. Ammo could run really low and you don’t want to rely on explosive land items as they may be scarce. You will have to explore the area where you will fight off this horde to build a strategy because pushing buttons like crazy won’t work. I know you have seen that infamous trailer where Deacon got overrun by zombies in a sawmill lot. You read my mind. You will have to absolutely undergo the same ordeal as you can’t progress the storyline without clearing it. Good luck!

I have to admit that voice characters are also on point. Sam Witwer did justice to Deacon’s character with his I-don’t-really-give-an-eff character but totally going out on a limb to save someone’s life. Aside from speaking characters, I also noticed how faint sound changes when you change location. Like when you drive around a wooden bridge, the texture and sound really seem like you are driving around an uneven wood bridge. When you are driving around during rainy weather especially when your bike doesn’t have that traction yet, it goes through the ground rather slowly and drifting is quite difficult. The ground also has this sloppy sound as the mud somehow goes through your wheels. I have also observed that when Deacon hides in bushes from enemies when he moves around the bush – this creates a ruffling sound which makes me feel like I’m in a bush as well.

A major problem that I have noticed before is how frame rate lowers when I start exploration and I was hoping that after two patches released by the developer, this problem gets fixed. Unfortunately not – it still is happening and it has become worse. This is evident when I drive into a camp. Whenever I enter the camp after they open the gate, the frame rate goes way down or it will eventually hang. At this point, I am already assuming the worst where I will see a blue error screen but Deacon just moves very slowly through and this happens every time. Not just a bounty hunt this happens but when runners, infected wolves, comes after you – the next thing you know, you are on the ground since you got knocked out by it unknowingly. Quite annoying!

So going back, how will Days Gone leave an imprint on everyone where zombie shooter games are always being released every year? Hordes are definitely different and amazing but everything else is quite generic. I fear this will only leave so much and nothing more in the next few weeks. But hey, it’s always different in every Player. Who knows? you might enjoy it more than I did. Let me know! 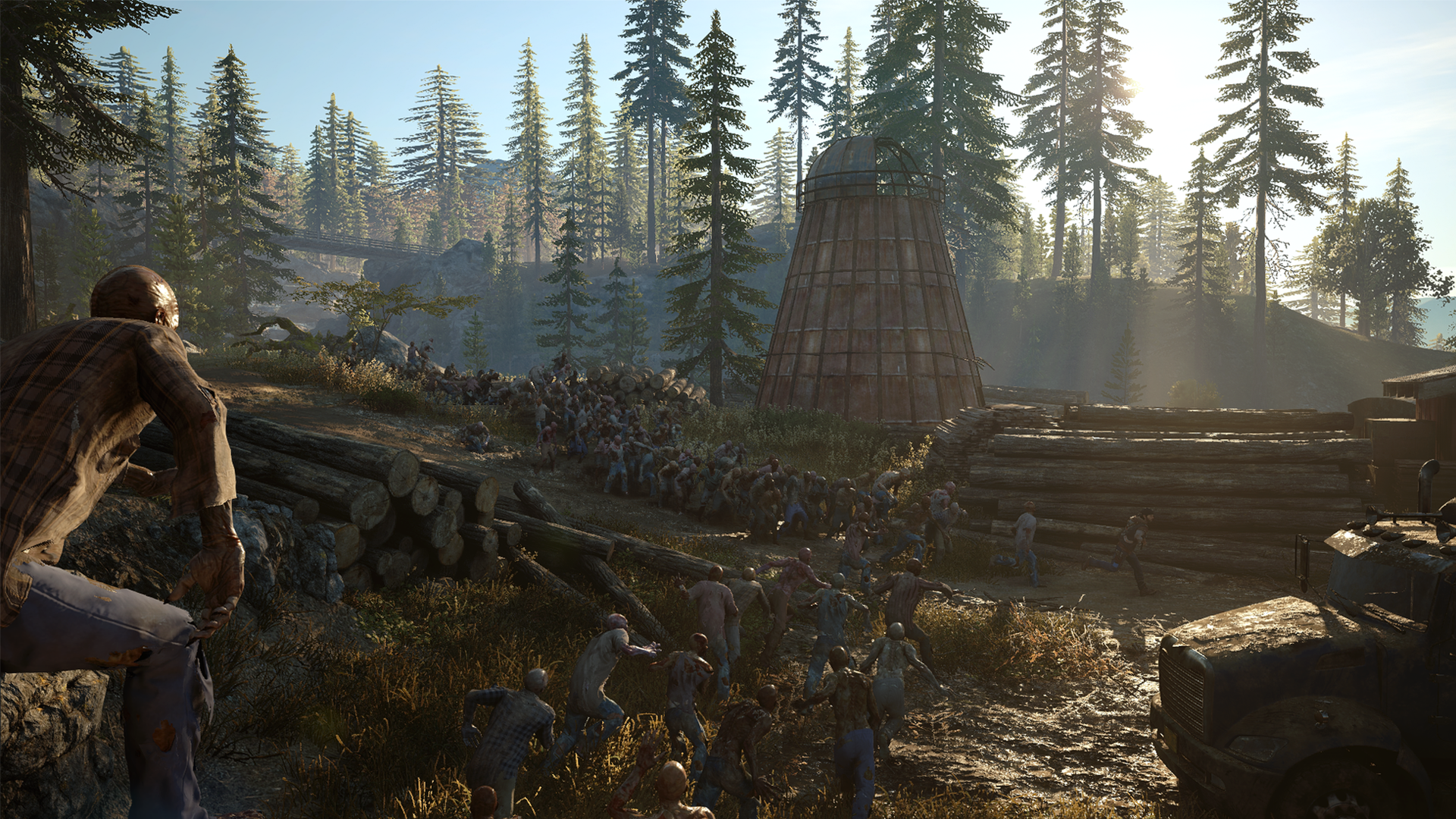 Days Gone – Review
Score Definition
You better have to choose if it’s worth spending your spare cash, because it might not be the game for you and it might be for others.
Pros
Character Development
Subtle Noise Differences
Great Character Voice Actors
Horde Strategy
Unique Encampment Trust Level and Credits
Cons
Frame Rate Drop
Pixelated Images
Snail-Like Storytelling Progress
6
Justified