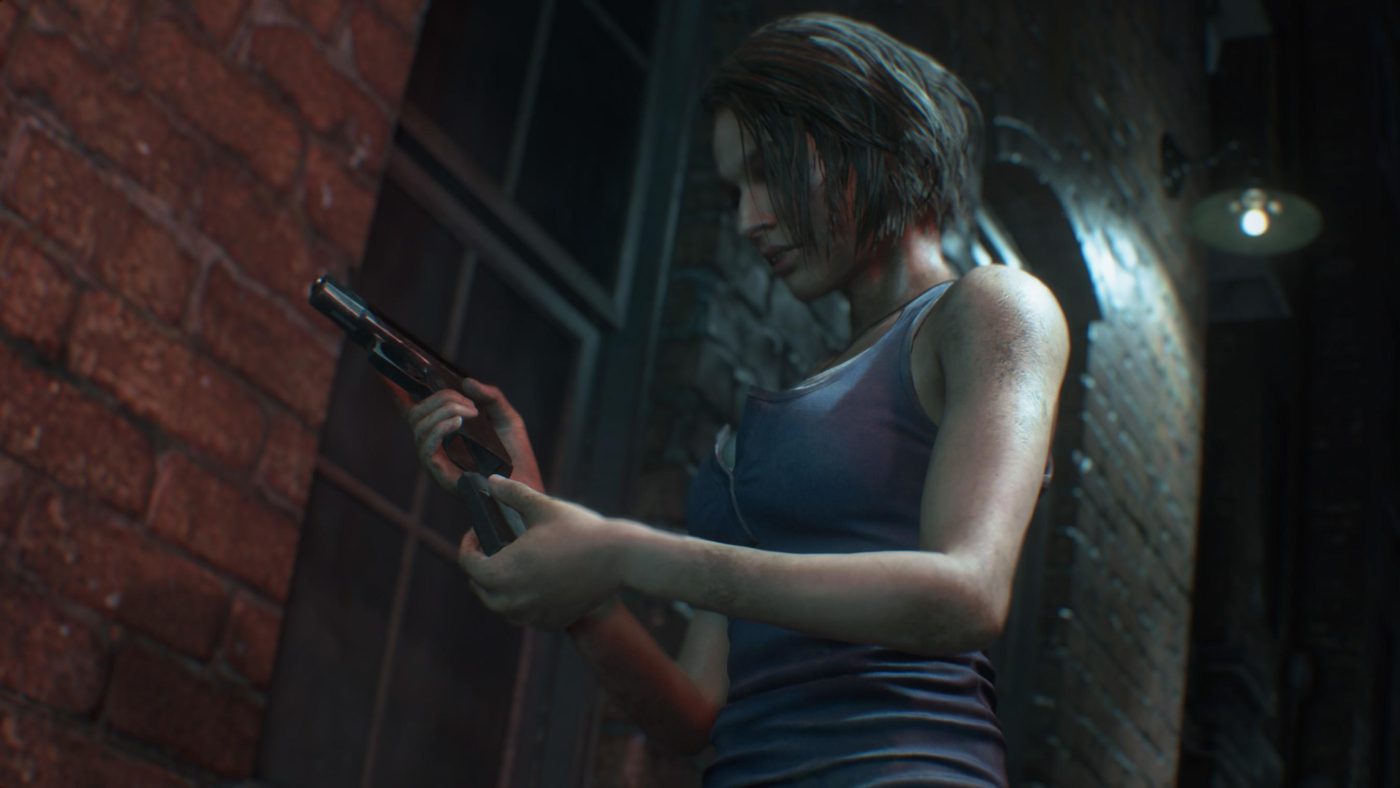 First off, Resident Evil 3 does several things different from its predecessor. Unlike Resident Evil 2, the third numbered installment in the franchise is a much more action-turned sequel. This was true for the original PlayStation One game, and the same can be said true for the remake.

You play as Jill Valentine. A former Delta Force operative and a veteran member of Raccoon City’s police task force, Special Tactics and Rescue Service. As you can already tell, you’re not exactly just a green rookie on his first day. Unlike Leon and Claire, Jill is faster, tougher, and has experience in dealing with bio-hazard mutations.

And Jill’s superior experience reflects in gameplay as well. One of the new mechanics added to Resident Evil 3 is Jill’s ability to dodge enemy attacks under the right timing. While this sounds forgiving, there is actually only a slim margin for error. The dodge mechanic is one that needs practice to be mastered. If you time it just right, Jill can briefly enter a period of slow motion bullet time to give players a chance to hit vital targets on the enemy.

Also unlike last year’s Resident Evil 2, ammunition seems to be more plentiful this time around. Perhaps it’s because this is only the demo for the game coming out it April, but I never really got punished for taking liberties with my weapons. Though I wasn’t necessarily trigger happy and mowing down every zombie I came across since I did have to think whether or not it was worth it to unload that shotgun on the face of a zombie in the narrow corridor.

Now all this sounds like a recipe for turning what was supposed to be a survival horror into a mediocre third person action shooter, but that is actually quite far from the truth.

Despite all the elements that swing Resident Evil 3 into a more actionized sequel, the game never losses its ability to still stay within the boundaries of survival horror. The game’s environment is quite similar to Dead Space in that it mostly takes places in tight corridors with almost no room to move. This makes dodging particularly difficult against a horde of flesh eating zombies. Dodge the attack of one zombie and you may find yourself in between two and becoming the infamous Jill sandwich.

Inventory management is also crucial in spite of the game’s ammunition generosity. Weapons and key items also take room and you have a very limited storage. Find yourself in front of an item you really need to progress and you’d have to pick if that herb you have sitting on your inventory is really necessary. This adds a layer of decision making that forces players to maximize the chances of survival by weighing down each item and deciding its worth. Of course, you’re always welcome to store excess items you don’t need in your storage box inside safe rooms. But you do have to go back for it if you forget something important.

And of course there is Nemesis, the game’s main antagonist. He’s Mr. X but faster and come with additional extra features that make him into a colossal threat. He’s capable of running faster than Jill herself. He can turn ordinary zombies into more dangerous ranged tentacle abominations. And he can drop in and out unexpectedly. This thing is relentless. He will chase you across the map and almost nowhere is safe. The only haven you have is your safe rooms which are few and far between. And even then, Nemesis is always waiting for you outside not too far.

At first, my experience with this grotesque giant was one of fear. He was faster than I expected and could grab me even from afar. He also unexpectedly jumped from nowhere and is quite nimble for his size. I had a near seizure every time I heard his footsteps behind me. He is miles more frightening than Mr. X and any other enemy Resident Evil offered to date.

Then I proceeded to exploit his inability to enter safe rooms. Such a particularly cheap method to take him down is to run into a safe room before peaking outside waiting for Nemesis to approach, shooting him, and then running back into the safe room again. Now this doesn’t make him any less intimidating, but it did make me laugh a bit at how easy it could be to get in cheap shots.

Now while it is possible to take down Nemesis, he doesn’t stay down for good. At best, you can briefly stun him for a quick moment before he’s back up and chasing you again. So as cheap as the method I used to get some breathing room from him, it did comes at the expense of ammunition for a brief moment of time. So the developers obviously saw players doing this and made things more balanced.

In terms of atmosphere, Resident Evil 3 nails it. The all around destruction of Raccoon City is something you get to experience first hand. Unlike its predecessor which mostly took place in a police station with limited exploration of the city, Resident Evil 3 allows you to explore a good portion of this doomed town.

The graphics are gorgeous. This has to be the best looking game Capcom has made to date. The gameplay is fluid and the environments actually look like something you’d find in an actual city. You get to imagine what Raccoon City might have been in real life had it not been destroyed by bio-organic weapons.

Resident Evil 3 Remake will be coming to us this April 3rd 2020. The demo is available for download at no cost should you decide to get a small taste of fear.