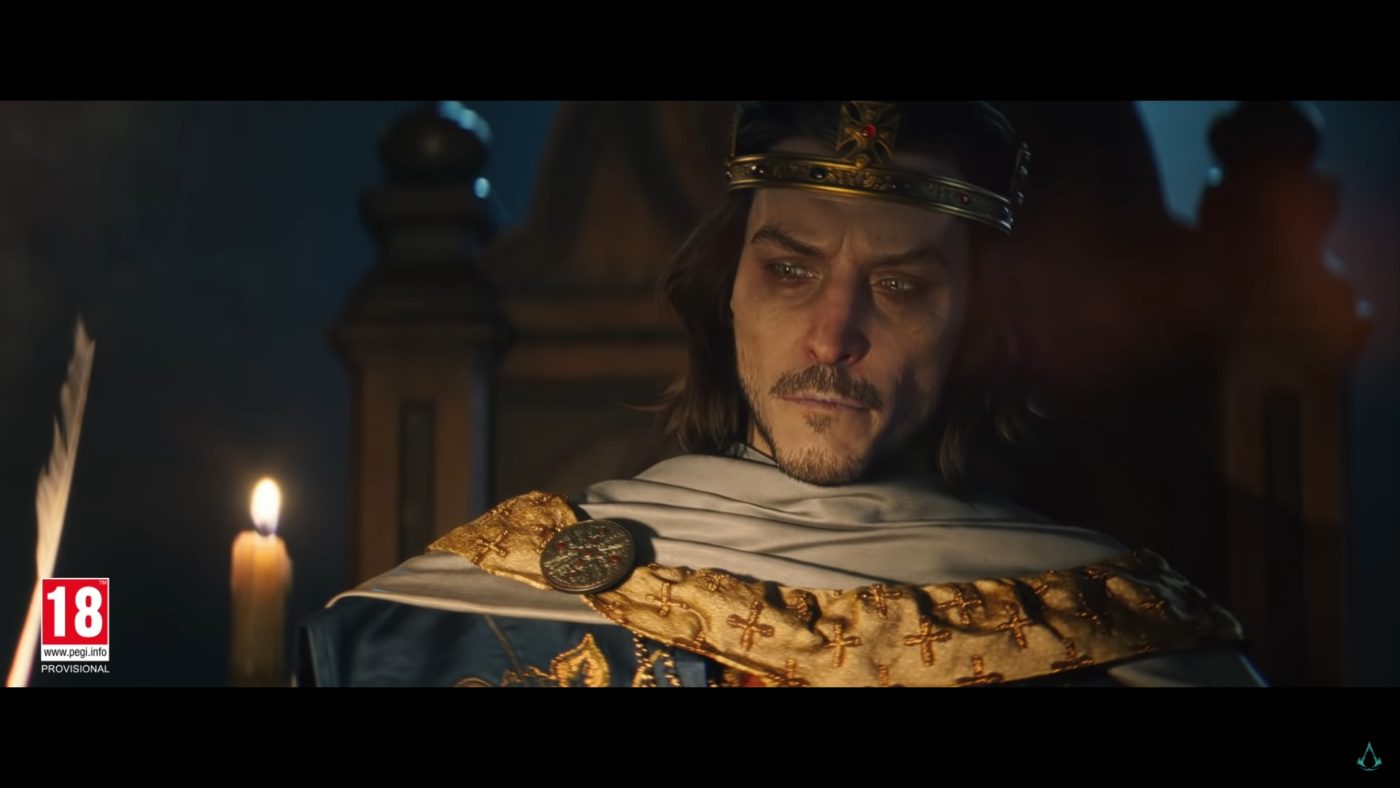 Assassins Creed Valhalla is set on medieval Britain where the protagonist is a strong Viking warrior Eivor with the goal of making a grand settlement on these lush lands. The problem here is that Britain at that time was ruled by King Alfred, which looks to be the main villain of this game. But is it how it will look like? Is he really just a mere villain that Eivor has to knock down and kill?

Assassins Creed Valhalla King Alfred is not just any villain

While the premiere trailer revealed King Alfred as the main villain of the game and possibly related to the Templar faction, Laferriere says otherwise. The lead producer shared that he is more of a complex character when players meet him in-game.

He is shown in that [villainous] way in the trailer but over the course of the game you’ll see there’s a lot more nuance to him.

Valhalla will be a grand campaign fighting against his kingdom and its armies, but there will much more to him. Laferriere says that Alfred the Great is an important historical figure so the development team wanted to treat him right. To do that, it will be all in subtleties and nuances that the players will find along the journey. So he will not be painted black and white, there will be other shades of color to King Alfred. There could be conspiracies that he is forced to go along with.

The lead producer confirmed this: there will be no grand boat battles like in Black Flag or Rogue. These water vessels will have important roles in transportation instead. It is true that Vikings do not have cannons at that time because they do not do that. They land on shores, raid villages, and then move out as quickly as they came in. Comparing it to the modern world, the waterways in medieval Britain are the concrete roads of today, which is why boats will be essential as a getaway vehicle.

Laferriere revealed that any military location that Eivor encounters along the way is fully raidable.

We want you to be playing the ultimate Viking fantasy, so you’ll get to have your Viking buddies going with you on a longship. Sometimes you’ll get resources to take back and upgrade your settlement, or maybe additional firepower to help take down higher level bandits in the region.

Raids will become the main method of gaining wealth in this game with how this goes. This might also yield other important resources like weapons, armor, food, clothing, and other items needed for upgrading the settlement.

Assassins Creed Valhalla will be available sometime in the holidays 2020. It will launch on Xbox One, Xbox Series X, PlayStation 4, PlayStation 5, Google Stadia, and PC via Epic Games Store.