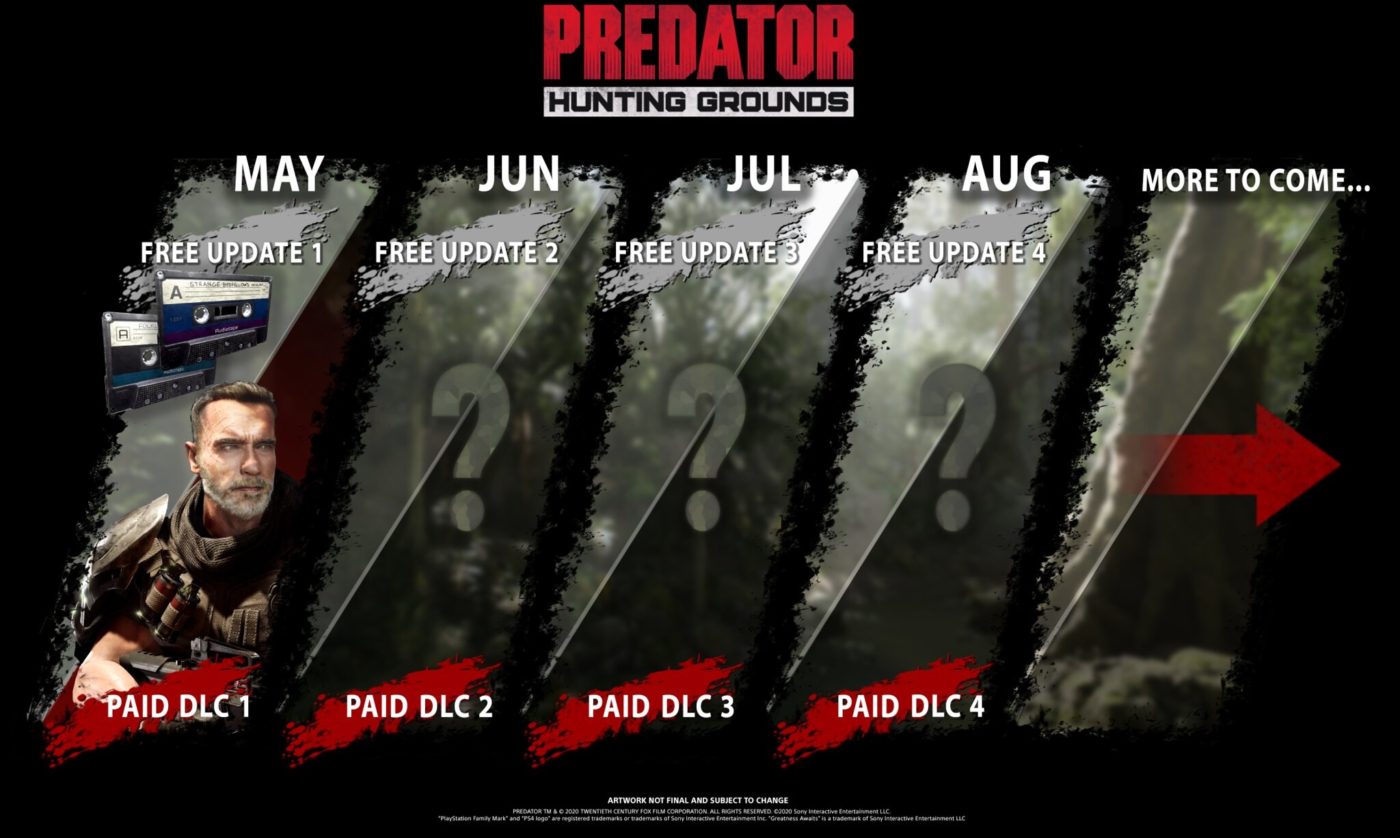 The game will have two forms of the popular and nostalgic character. The free version will be in the form of audio tapes that players can earn as they level up. The voice is dubbed by the original actor himself, Arnold Schwarzenegger. With the tapes, people will learn about what has happened to him all these years. And this can be acquired via free update.

The second form is in the form of a paid DLC. It will contain the character Dutch as a playable character and will include early access to the QR5 Hammerhead Rifle and Dutch’s Knife. The knife will be free for all players later in June.

Both free update and paid DLC will be available on May 26. According to the roadmap, the game will get new content to download monthly and there is still more to come beyond August.

The game is now available on PlayStation 4 and PC via Steam.