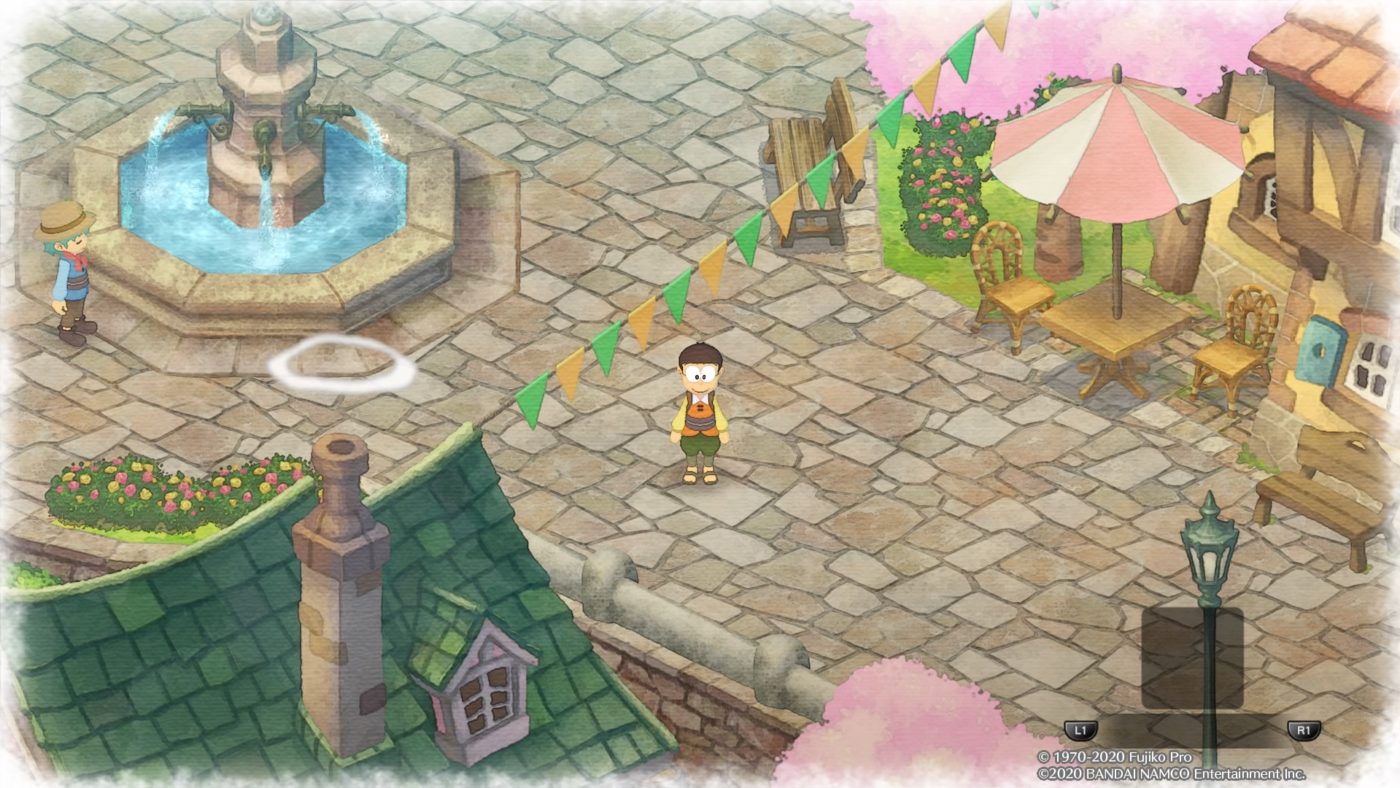 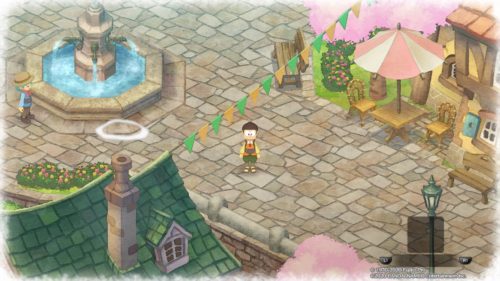 I could barely remember watching Doraemon when I was younger. Those wacky adventures of a lazy kid named Nobita and his robot cat from the future seemed so far into the back of my mind that it must have been years since I last heard of it. So when I was told that there was a game coming out on the PlayStation 4 called Doraemon Story of Seasons, I honestly had only the faintest of ideas what to expect.

What kind of game is Doraemon Story of Seasons? When I first heard of it, I thought it might be a platformer with bits of story to drive us along. Being a kid’s show, I honestly wasn’t expecting much out of it. But color me surprised, Story of Seasons turned out to be a farming simulator with surprisingly immersive mechanics.

So you might be asking, “Would it be possible to play this game without having watched Doraemon before or being familiar with any of the characters?” Well, yes. Due to how the story goes, there’s no need for any background information and you honestly wouldn’t be missing much by going in blind. However, Story of Seasons is guilty of catering to those with nostalgia. If you’ve never heard of Doraemon, chances are you might be a bit challenged to be attached to the characters because the game doesn’t quite do a good job at leaving a first impression.

The story begins when Nobita finds a strange looking seed. He takes it to Doraemon, who then proceeds to take him and his friends to a hill where they can plant it. To their surprise, the seed grows into a tree almost immediately before a storm suddenly brews out of nowhere. The tree they planted seems to somehow contain mystical properties, as not only does it shelter them from the storm but also transport them into a different world.

It’s here that our adventures begin. And when you first start up the game, you’ll notice that there isn’t an option for an English dub. The whole game is in Japanese with English text. However, this isn’t really too much of a factor since characters mostly speak in grunts and small greetings. So at least you know before you decide to buy the game.

So what is it exactly that you do in Story of Seasons? Well, you farm. At first you’ll be lacking quite a bit of resources but in time, you’ll be able to build up something much more impressive. However, when you’re first handed your farm, you might be in dismay just to see how messy and lackluster it is. There are trees, rocks, and other things that keep you from getting some breathing room. You’ll be given the tools to clear up a few things to give yourself a place to plant your seeds. Cut down trees, smash rocks, and pluck up undersirables. Story of Seasons does give you tutorials to ensure that you’ll never really get lost while giving you the freedom to operate as you please.

Speaking of freedoms, you’ll be at liberty to name your farm as you see fit. And without censorship, try guessing what I named my farm? Gives me a laugh every time.

The game’s graphics is very reminiscent of watermark painting. Story of Seasons gives a very peaceful and relaxing feeling to its players. You’ll wander around different areas of the map, exploring what the game has to offer from the town center to the beach at the south.

Story of Seasons includes some excellent variety in terms of what you can do. There are multiple seeds to plant from and they can range from 3 days all the way to 15 for them to fully sprout. Now some seeds can only grow in certain seasons. You can’t grow watermelon on spring. I really like this mechanic, as it stops you from choosing a favorite and just going ahead and farming that all the time.

Additionally, you can also use fertilizers to improve the quality of what you grow.

So why are you farming these plants anyway? To gain currency. Basically once you’re able to reap whatever you planted you can have it placed on the delivery box for Doraemon to get at the end of each day. In turn, you’ll receive currency you can then use to improve your farming tools, buy equipment, and help make life a little easier. However take note, stores have a time that they’re open and a time that they’re closed. Some stores are closed on Thursdays while others only open in the afternoon. There’s a timer that you can wait out, so it’s best to do something else while waiting.

An important thing to note is that Nobita only has so much energy. Plowing the field isn’t going to be a breeze. So you understandably have to give him a break at times. If his stamina falls below zero, he’ll be taken to the town doctor. You can avert this by consuming meals or by sleeping on the ground anywhere.

At the beginning, you’re only ever able to plant. But shortly afterwards, the game starts opening up to you and fishing will be unlocked available at your leisure. And while fishing here isn’t as immersive as Red Dead Redemption 2’s, it certainly isn’t just an afterthought. While fishing, you really just have to wait till the fish take the bait before pressing a button to reel them in. Easy as that. However, the fish you get depends on what spot you fish and the bait that you use. Careful not to use the same spot too often. The fish will get smart and start avoiding that place. Thankfully, you can fish anywhere where there seems to be water.

A little later in the game, you’ll also have the opportunity to raise your own cattle. Sheep and chickens, mainly. However you can also unlock other animal companions, such as a horse and the dog. Some of these companions can be unlocked by raising your friendship with certain people.

Speaking of friendship, you’ll have plenty of opportunities to bond with certain people in Story of Seasons. One such way to increase affection is to choose the correct dialogue when given the opportunity or to simply gift them with items from your inventory. That strawberry you grew might be found delicious by some.

This is a family-friendly game, so there is no romantic intimacy with the characters you bond with. However, this doesn’t mean that there isn’t something for adults to enjoy.

I really like Story of Seasons. Despite the absence of action that I’m so familiar with from other games, this game is still very engaging enough for me to get sucked into its micromanagement. However, playing this on the PlayStation 4, I felt a bit awkward. I didn’t really think this was the type of game you sit on the couch and boot up on your home console. This was originally a Nintendo Switch game. If you can get the Switch version, then I recommend going for a more portable alternative. However, despite the fact that I like the game there are a few things I can criticize. For one thing, I felt that the inventory system is much too small in this game. You’ll only get 8 slots at the start. Even with the upgrade to 16, which costs a pretty penny, I found myself hiking back to my farm to access my storage more often that I would’ve preferred. Although for some, that may be big enough. 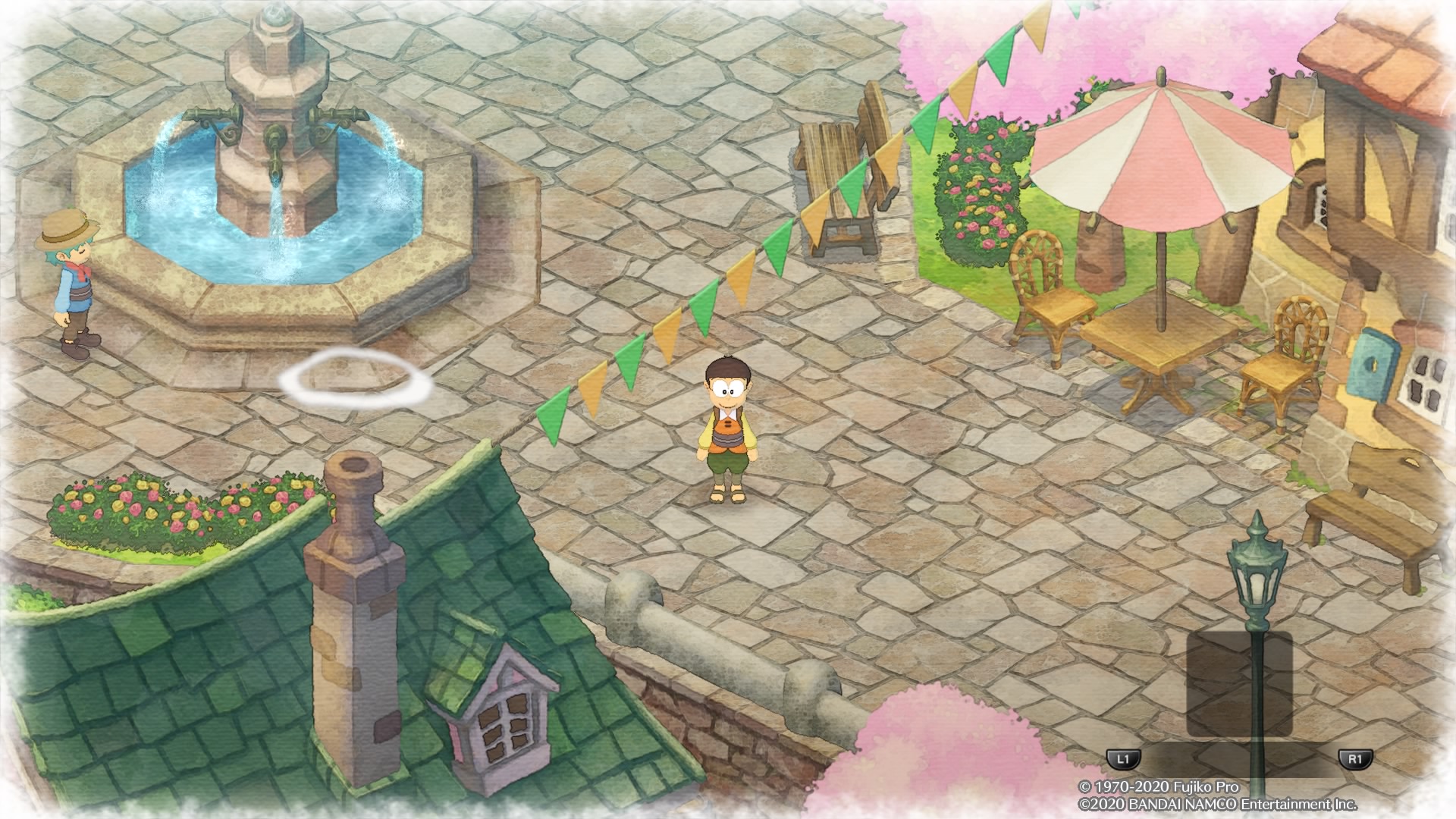 Doraemon Story of Seasons – Review
Score Definition
We tell you, it’s a good game! It’s not average! It might have some problems here and there, but you have to admit it is a “Good” game.
Pros
Relaxing Game To Play
A Trip Down Nostalgia Lane
Simple Controls
Engaging Mechanics
Easy to Get Invested
Cons
Best Played on a Portable
Limited Inventory System
7.5
Good