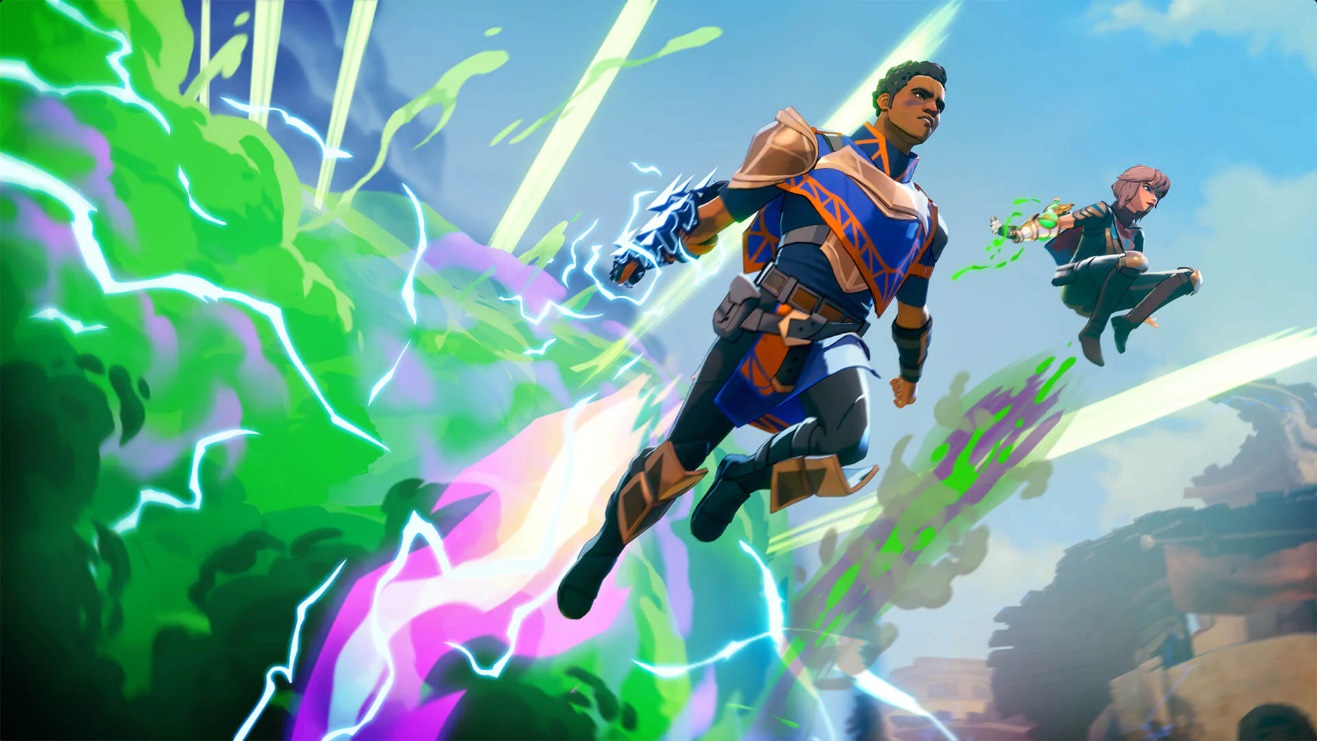 The magic focused battle-royale game was launched five days ago and it already gained quite a milestone. In less than a week, it gained over 2 million players across PlayStation 4, Nintendo Switch, Xbox One, and PC. Fall Guys just got a major competitor, but this one is a free battle royale.

According to the post on the game’s official Twitter account, other details include the title being watched by gamers for 1.7 million hours on Twitch and enough spells cast to cause 7 billion damage.

The developers thanked the fans for making this possible.

About the game via Epic Games Store:

Spellbreak is a multiplayer action-spellcasting game where you unleash your inner battlemage. Master elemental magic to fit your playstyle and cast powerful spell combinations to dominate other players across the Hollow Lands.

Become the Ultimate Battlemage!
Spellbreak is a multiplayer action-spellcasting game where you unleash your inner battlemage. Master elemental magic to fit your playstyle and cast powerful spell combinations to dominate other players across the Hollow Lands.

Unleash your inner battlemage in Spellbreak.
When magic is forbidden, locked in the iron grip of the Vowkeepers, it’s up to you to resist and reclaim what’s yours. Harness the raw power of your gauntlets and tap into the unimaginable forces of the elemental planes . Soar into fierce battles, through floating islands and impossible terrain, to unleash the Breaker within.

BUILD YOUR BATTLEMAGE
Choose a class: Frostborn, Conduit, Pyromancer, Toxicologist, Stoneshaper, or Tempest. Each has its own playstyle, which you can customize with talents as you grow in power. Which will you master?

OUTPLAY YOUR RIVALS
Explore the map and find tactical advantages to outplay your opponents. Discover hidden chests that contain magical runes and game-changing equipment. These items give you the ability to fly, teleport, control time, become invisible, and more.

ENTER AN EVER-EVOLVING WORLD
The fractured battleground of the Hollow Lands is just the beginning of your adventure in the greater world of Primdal. New chapter updates will reveal more of the deep, rich lore behind this powerful place and its people.

BATTLE ACROSS THE HOLLOW LANDS
Form a party of powerful battlemages and vanquish other players to stand victorious in this unique battle royale! Future updates will unlock exciting new game modes.

Can you summon the strength, skill, and cunning to unleash the battlemage within?

PS4 fans can get a great deal because they do not need a PS Plus subscription to play. The PC version is exclusively available on Epic Games Store.