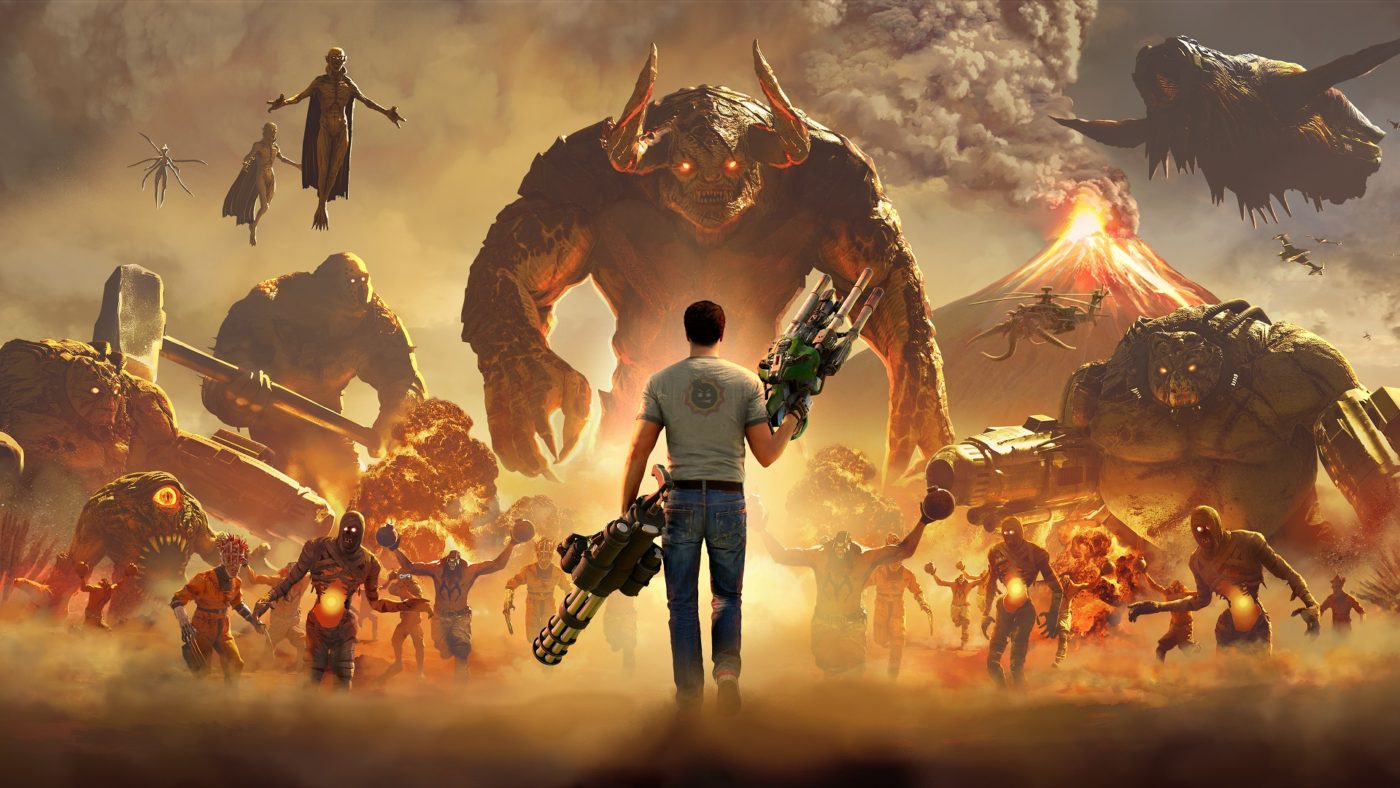 Game studio Croteam and publisher Devolver Digital are proud to announce that the latest chapter of saga, Serious Sam 4 is now available on all available platforms.

The game is now available on PC via Steam and GOG, and Google Stadia. To celebrate, a new launch trailer was released.

Standard and Digital Deluxe Editions will be available for the game, as which the latter will include an exclusive Tommy Gun classic weapon skin, The Art of Serious Sam 4 digital art-book, and an OST by Croteam’s veteran composer Damjan Mravunac with guest appearances by Rob Finck from Nine Inch Nails and Ivan Spelljack Jitz from Undercode.

Croteam is planning to expand the game in months to come. There are also extensive modding tools to use in the Serious Editor. It allows players to bring their own creations to the game’s world. More information about the post-launch plans will be revealed later on.