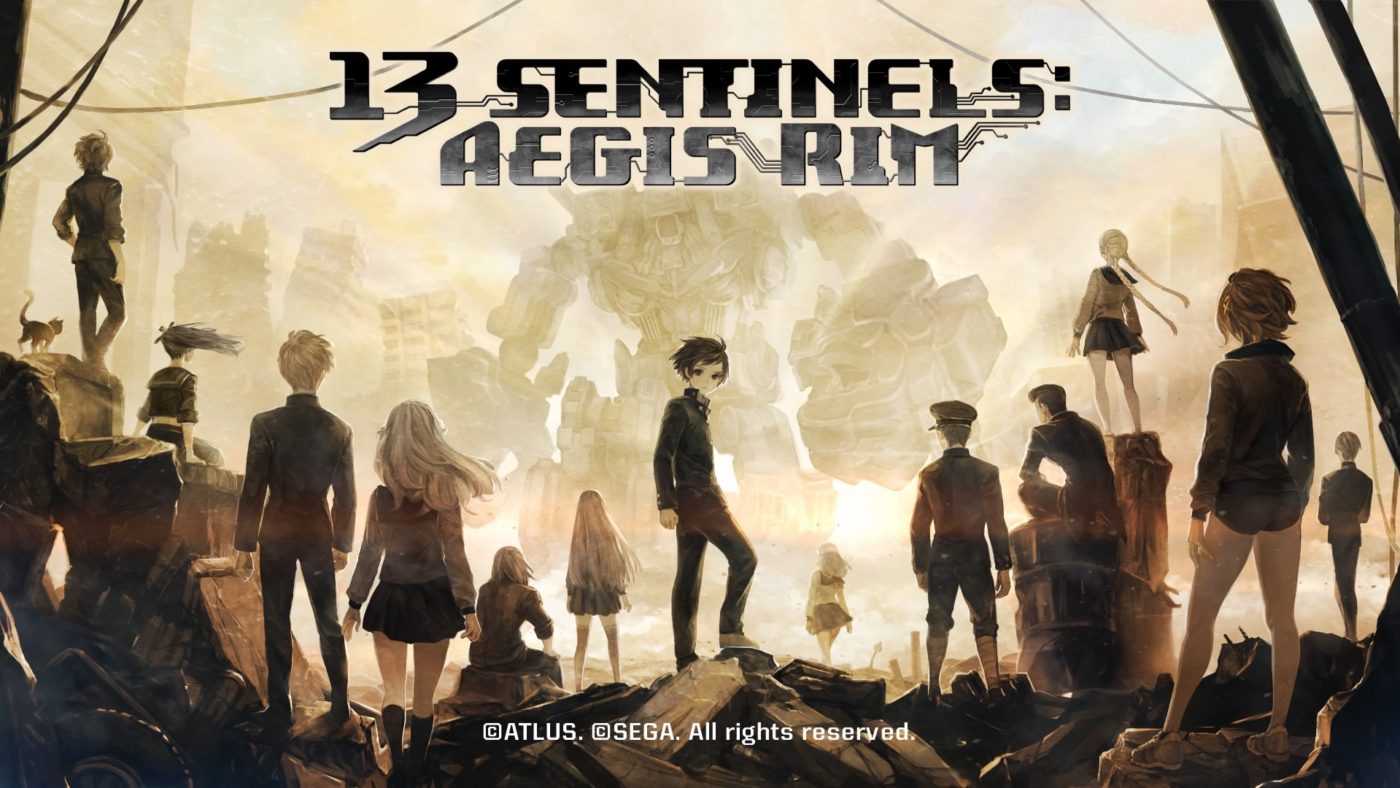 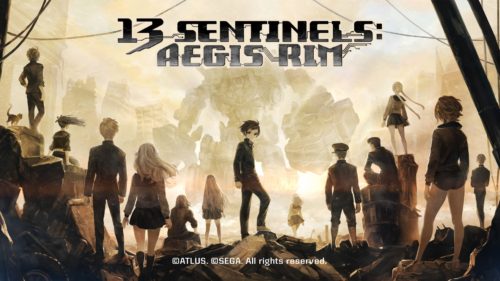 If I were to even try to give you an idea of what 13 Sentinels Aegis Rim is about, I’d have a difficult time trying to do so. Summarizing the nature of this game can be just as convoluted as its plot. But to help paint an image, the main ingredients for the recipe of this game consists of teenagers, time travel, and giant robots. And if you’re not one to keep up with complex plots with multiple branching elements, then you might want to avoid this one because 13 Sentinels goes down the rabbit hole fast.

From the get-go, I’ll say that 13 Sentinels Aegis Rim is not for everybody. Even if you’re a fan of Atlus and are familiar with the Shin Megami Tensei and Persona Series, 13 Sentinels uniquely does its own thing. And you’ll find out very early on if this game is for you.

But why not listen to what we have to say first before buying the game for yourself?

On the beginning segments of the game, you’re forced into a slow prologue that places you into the perspective of multiple characters. It’s during the beginning where the game is at its weakest. It doesn’t do a good job at first impressions. 13 Sentinels is keen on remaining cryptic that the prologue winds up somewhere between interesting and frustrating as we try to wrap our heads as to what the fuck is going on.

Prologue places you into combat situations that feel completely out of place and lacking context. One moment you’re talking to an NPC and side-scrolling through an area, the next you’re looking at a map of the city from top-down while playing turn-based, strategic tower defense.

Needless to say, this is where 13 Sentinels risks quite a few players dropping the game entirely. Unless you force yourself to trudge through the confusing opening segments of the game, you’re not really going to get into the interesting stuff when the game finally decides to open up. Even then, there might be a few elements in the game that you might find rather milquetoast.

13 Sentinels is a hybrid between a visual novel and a real-time turned-based strategy. The former, called Remembrance Mode, has you walking around different environments as different characters in a 2D side scroller. The latter, Destruction Mode is basically a tower defense game where you have to use your units to eliminate as many enemies as possible before they reach and damage the area you’re supposed to protect. And while it’s more strategic than it sounds, it can be fairly challenging to get into unless you develop a taste for it.

Both gameplays are actually mutually exclusive and don’t tie in with each other. After the prologue, you’re able to select between the story mode section of the game and its actual combat. So you’ll never actually be getting into fights mid-story.

However, the progress for both is tied to each other. Some story segments for individual characters are locked until you pass a certain level during combat, so you will be alternating between the two on this incentive.

Storywise, 13 Sentinels is actually pretty interesting. Disregarding the confusing the prologue, fans of science fiction would definitely enjoy the tale this game has to offer. From giant mechs to naked teenagers, you’ll take control of unique individuals as you defend the world from kaiju throughout different timelines.

During Remembrance Mode, you’ll take your pick from a selection of characters each offering a different perspective of 13 Sentinel’s story. However, some characters are initially locked or hidden away until you can pass certain requirements. These requirements can range from defeating certain kaiju waves in Destruction Mode to progressing the tale of other characters. Because of this, you’ll be influenced to alternate from character to character in between their stories. This is actually where I have some issues with the game. It takes me out from the perspective of one character and shoved into another. Because of this, I had a challenging time trying to get attached to the people of the game as the narrative can feel like discontinued segments that pulls me out of the perspective of a character just when things are about to get good.

Each character has multiple branching paths. Depending on the options that you select, the keywords that you find out, and what you do new paths can be unlocked that differ from your previous option.

13 Sentinels does a great job of offering you a quick way back. With the press of the square button, you’ll be taken to a timeline branch where you can see the multiple branching paths you could’ve traveled had you done something else. And the game offers you a quick way back just by selecting a certain segment you’ve already completed. This is a game about time travel after all, so multiple branching paths are to be expected. I actually really like this system, as unlike other visual novels where I have to rely on save files or having to redo the story entirely, I can go back and select different options at the touch of a button.

Although if the thought of side-scrolling through small areas and talking to people doesn’t sound appealing to you, then you might want to be warned. This game does consist of a lot of that and you’ll be going around gathering information from different characters throughout your journey.

Combat wise the game can be hit or miss. I never really acquired a taste for how 13 Sentinels handles its turn-based strategy. It’s okay, but it isn’t great. There were moments where combat was fun but I never really felt excited whenever I’m going to engage with the enemy.

To start with, the turn-based strategy of this game is basically tower defense. You don’t get a game over from having your troops wiped out as they’ll eventually recover and rejoin the battle anyway. It does end however when the terminal you’re tasked to defend is destroyed by the multitude of kaiju waves heading in your direction.

Now I don’t necessarily think this is a bad thing. However, the presentation of combat in the game was less than what I was expecting. You don’t actually get to see the mechs up close as you’re given a bird’s eye view of the battlefield. Everyone is represented in small dots down from your troops to your enemies. Despite the variety of mechs, there’s no real uniqueness in visual aesthetic in the giant robots, called Sentinels, you pilot. They all pretty much look the same so there’s nothing iconic.

However, there is some depth to the strategy of the game. Some Sentinels are meant for front lines, some are meant for support, while some are strictly defensive. They can either be grounded or be more mobile flying around the battlefield. There’s just no real visual distinction. If it wasn’t for the UI telling you who’s piloting what, you probably wouldn’t even know which mech is which. I also hold the same opinion for the enemies that you’re fighting. Placing them all as dots on a map makes them difficult to appreciate.

Speaking of visual distinction, the same can be said for the maps that battles take place in. They’re all in urban city environments but there’s no variety. They all look the same. And no battlefields ever really change your strategy. The only thing you really have to think about is the formation of your group and the placement of the waves of kaiju coming after the terminal.

There is some level of customization on the mechs each character use. But they’re all in ability. You can enhance certain skills or unlock new ones using the game’s currency that you earn either in combat or story mode. This does help add strategy into its combat system by giving you the decision of which character is the best to invest in.

The combat can be fairly challenging enough on later levels of the game where you’re swarmed by kaiju after kaiju in waves of hundreds. There is a difficulty selection that you’re free to choose from should you find a level too difficult and simply wish to proceed and enjoy the story.

I did find 13 Sentinels to be a fun game. For what it lacks in gameplay, it tries to make up for it in the story. I just find that the game lacks anything iconic despite its uniqueness. While I was won over by the colorful cast, I can’t quite recommend the game to everyone who doesn’t enjoy the specific genre.

If you’re willing to overlook its shortcomings, then 13 Sentinels Aegis Rim is definitely for you. There is definitely some questionable taste in gameplay and visual representation that I feel holds the game back, but it’s not a bad game in general. Atlus has always been great at storytelling. If you’re interested in their works, then I’d recommend you try out Persona 5 Royal and Catherine Full Body right after this one. 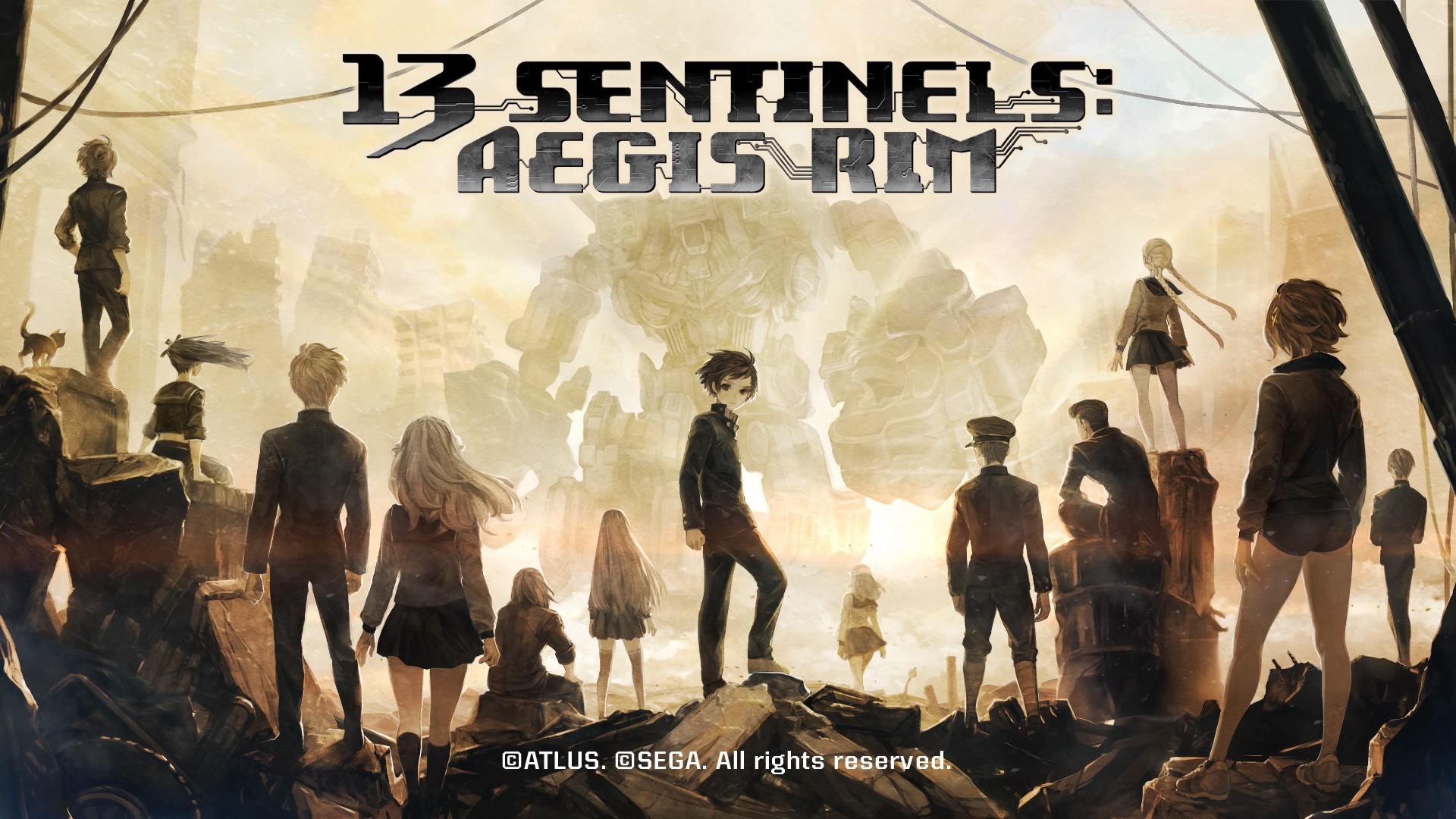 13 Sentinels: Aegis Rim – Review
Score Definition
You better have to choose if it’s worth spending your spare cash, because it might not be the game for you and it might be for others.
Pros
Interesting Story
Colorful Cast
Cons
Confusing Prologue
Combat Has Uninspiring Visuals
Lack of Anything Iconic
Plot Can Be Difficult To Follow
6
Justified