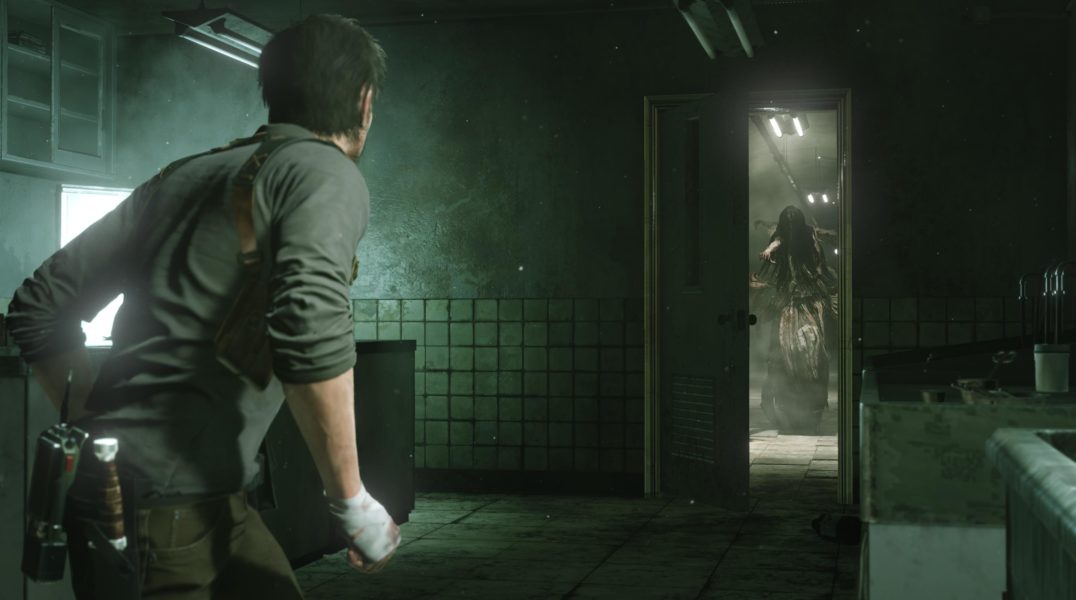 Top 5 Games We Recommend You Play This Halloween

It’s that time of the year, folks.

I’m talking about Halloween! You know, that day when children dress up as their favorite fictional character to go ask for candy from complete strangers? Yes, that day. Unfortunately, they don’t celebrate that in every country. According to a quick Google search, only four countries in the world celebrate it. And with the quarantine going around, I doubt anybody would go out trick-or-treating.

Still, this holiday is popular around the world despite the scarcity of nations that actually celebrate it. And dressing up and going out isn’t the only way to honor the day. If you got a console or a PC why not try out these games for a good scare?

The Evil Within is one of those games that I hold closely to my heart. Sure, the plot is terrible and is rough around the edges, but what it lacks in narrative, it makes up for in its atmosphere. Play as Sebastian Castellanos and survive hell while investigating and learning the truth behind the supernatural horrors that seem to be twisting the world to its amusement.

This is a third person survival horror that clearly takes inspiration from Resident Evil 4. From the father of horror himself, Shinji Mikami, The Evil Within is an interesting experience from the guy who brought you the fourth numbered Resident Evil. And although he didn’t direct its sequel, Part 2 is even better as it improves upon much of the flaws of the first game.

Experience the horrors up close and personal with the seventh numbered installment of the Resident Evil franchise. Ditching the fixed camera controls and over-the-shoulder angle, Resident Evil 7 places you into first person and this impact is immediately more noticeable when you see the monster coming after you instead of your player character. If you’re feeling even more ballsy than usual, put on a VR headset and play the rest of the game through that.

Unlike its predecessors, you play as Ethan Winters, a civilian without any prior military or police training, in Resident Evil 7. Though should you opt to instead shoot the grotesque abominations, you’re more than free to do so provided you have enough of the already scarce ammunition of this game.

With its sequel coming up next year, there is no better time to play this game if you haven’t already.

The tension of horror is increased when you’re robbed of the ability to fight back. In Outlast, running and hiding is your only option to survive the night. There are no guns or combat, and you play as a completely defenseless journalist as he investigates the truth of what happened in this asylum gone wrong.

Outlast truly has some disturbing themes so make sure to have an iron gut before trying out this game. There is also a sequel if you’re interested for more, but if you didn’t like the first game chances are you won’t really like the second. Play through this one first to find out if this series is for you.

You might already be familiar with Phasmophobia. On a glance, it’s easy to write this off as a meme game, occasionally played by people online to create some funny moments. But beyond the playthroughs you’ve seen online, there’s some truly terrifying moments as you investigate a variety of locations hunting down paranormal activity.

What’s scary about the game is unlike those mentioned above, you’re encouraged to draw out the threat yourself. There are multiple types of ghosts haunting each location and you have a variety of tools and methods at your disposal to identify and capture evidence of the ghost’s existence.

Play with friends or alone. This game is also VR compatible and available on Steam.

Going way back to one of the pioneering titles of survival horror, Silent Hill has a long history. This is definitely one of the most popular survival horror titles to ever exist. And chances are, you’ve most likely heard of it already. Unfortunately, it seems the series has met its tragic end thanks to executive meddling. But that doesn’t mean that the games aren’t still there for us to enjoy.

Taking place in a small American town called Silent Hill, each numbered installment of the franchise has you taking control of different individuals, each with their own skeletons in the closet.

What’s interesting about Silent Hill, is that beyond the horror the games carry quite a bit of symbolism and interpretation. There’s a deeper meaning to the fear than just for the dread as each character you play as is forced to confront monsters that was formed from either their own or someone else’s psyche. If you haven’t tried the series, this is a must play for those seeking a great survival horror game.