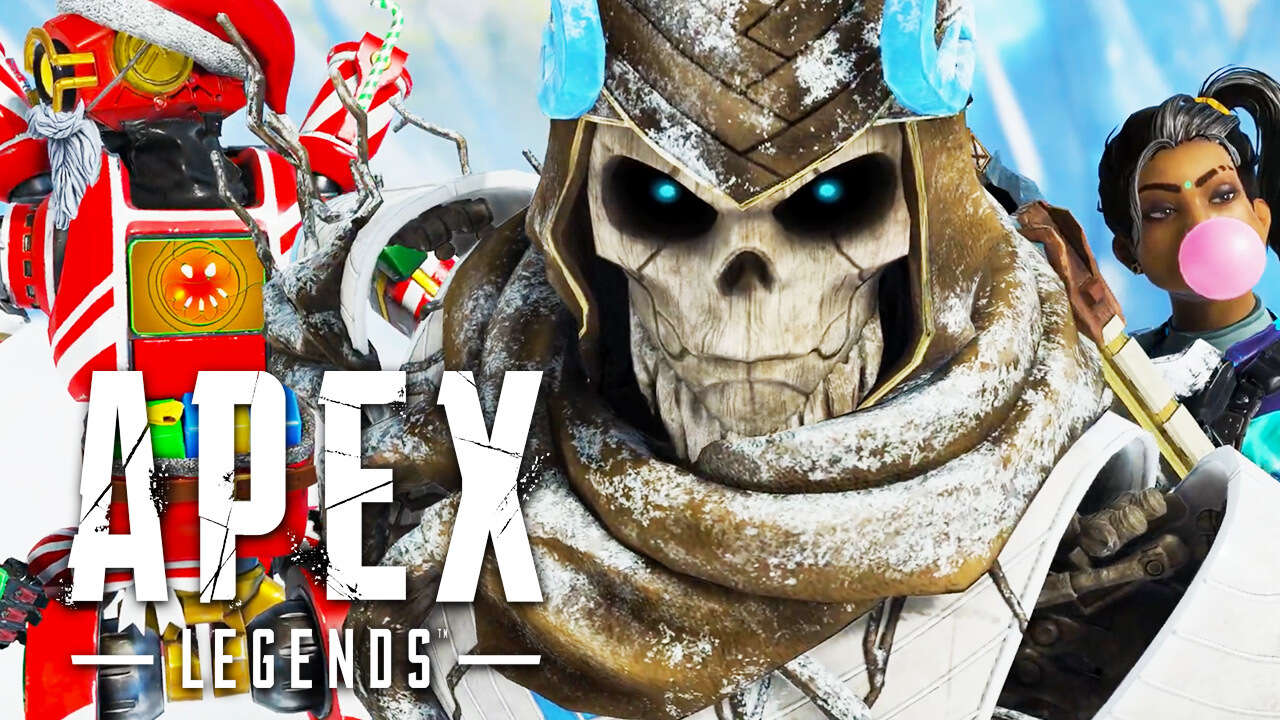 The fan favorite seasonal event returns in style this year. And though it may not be as shiny and new the second time around, the game mode has some changes that improve upon what’s already there.

But before we get into the improvements, let’s have a recap for the new players out there. The Winter Express Mode is, essentially, King of the Hill on a moving train. The train runs the tracks through various points on the map, Worlds Edge. When the train settles at a station, 3 teams of 3 have to fight it out for control of the central car to win the round… or be the last team standing before the overtime timer goes off. In the event the timer does go off, nobody wins, and all teams reset for the next round.

The first team to win 3 rounds wins the match.

The first notable change is the inclusion of supply ships. Apparently, 2 ships got lost on their way to Kings Canyon, and somehow their way to World’s Edge. All joking aside, 2 teams start the match aboard these looming giants. While the 3rd team prepares their defense of the train.

The second is the addition of 4 new legends that were introduced over the span of the year – Revenant, Loba, Rampart, and Horizon. Their appearance in the game mode adds another layer of depth between Legend counters. With the exception of Caustic… because the only counter to a Caustic, is another Caustic. And believe me, there are plenty of players running him for the sake of holding one end of the train under an iron grip.

I spent most of the first day of the event playing as Loba. Her teleporting bracelet allowed her to make some pretty daring escapes from lethal encounters. Also, her primary weapon was the Volt SMG… and I took full advantage of that laser beam and its killing potential. Rampart was probably one of the legends I had some trouble using. The sight of the amped cover usually made my position a magnet for all the grenades in the game… but I’ve seen her shine in the hands of more competent players. Maybe I should keep working at it. Who knows? It might make me into a better defensive player.

As for Revenant, his totem pushes aren’t as effective, even with full team cooperation. Another problem is with totem placement. I’ve won more than a couple of rounds by holding the point and forcing the Revenant team back to their totem. By the time they got to the train, the point was ours. Skilled Horizon players are a pain to deal with. Good players know when to stay in the air and when to softly drop down to finish a fight.

Moving on to the Legend select screen, you will notice that each legend runs with a pre-made loadout. That’s what you’re going to run for the entirety of the match. They will not change unless you change from your current legend during the grace period. The loadouts change daily, so you would want to prioritize synergy and abilities over insta-locking the character holding the Hemlock for the day. Or not. If it kills fast, the abilities won’t come into play as much.

At the start of the round, all 3 teams can decide to engage each other while the train is in transit towards a station. A bit risky though. It takes a second for your character to transition from the jump animation and to pull out the gun. In that time frame, it only takes an enemy to be in the right place, at the right time to kill you right then and there.

Now, the beauty of the train going to different points is that it allows the drop teams to sort of plan ahead when they inevitably decide to storm the train. There are certain points that’ll be useful for snipers, whereas mountainous terrain might be able to mask an incoming approach. Regardless of how you wanna play it, all that matters, in the end, is who will the last ones standing on the train.

Encounters on the train itself feel like a never-ending multi-team battle where one team gets to third party, then gets pushed back, and they become the ones who are third partied. It’s a bloody mess. And with healing and shielding taking a fraction of the time to get off, the fights can last for minutes on end. When one team starts to assert their dominance on the train, that’s when the round becomes deadliest for the other teams. Not only do they have to find a way to kill the enemy team, but the round timer’s also running out for them.

Sometimes, it’s better to let a round go and to reset, rather than to scramble over to the train during the grace period. At that point, you’re just asking your team to line up like target dummies.

I, personally, think that this is the best limited-time event mode in Apex Legends. Not only do I get the chance to practice with the pre-made loadouts, but I can only practice with legends that I normally wouldn’t use in a normal Apex match. Give it a shot, if anything else, there are lots of goodies up for grabs in exchange for event tickets. In fact, you can earn tickets by taking part in regular Apex matches. Just so you won’t get tired of the new event so soon.

The event runs the entire month of December and ends early January of next year. But hey, even if you don’t decide to take part in the event, there is a login reward waiting you when you boot up Apex Legends.