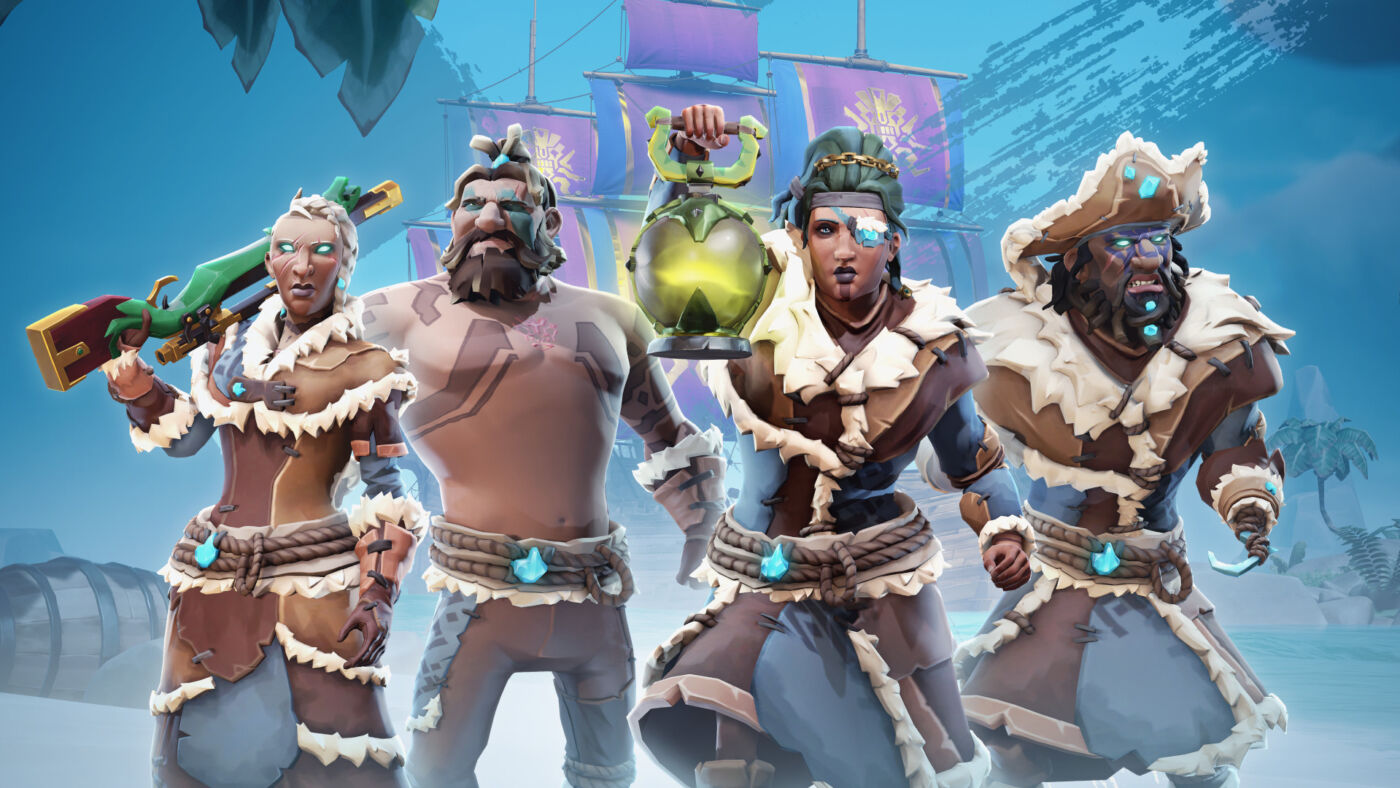 The first free update is now available for download for all players with Xbox Game Pass and across Xbox Series X/S, Xbox One, Windows 10 PC, and Steam.

Season One will include all 100 levels of rewards and will be free of charge to all players with the new Plunder Pass available for additional purchase that offers early access to premium rewards.

Seasons in the game are designed to run for around three months at a time and will bring a brand-new layer of progression to the game. Going through the levels and completing them in Season One will unlock a reward each time from gold and Doubloons to cosmetics and Ancient Coins that can be spent in the Pirate Emporium.

In order to go through the levels, players must increase their Renown, which can be done naturally by just sailing the seas and doing what pirates normally do. It is designed to make them gain something while finishing a session and constantly getting rewarded by just playing rather than cashing in loot. To gain more Renown, players can complete Trials. These are sets of Deeds that cover almost every available activity in the game like visiting every island in a region of the world to vanquishing Ashen Lords and sea monsters.

Season One launches Lost Shipment Voyages, which is a new way to engage with the Merchant Alliance. Players become detectives, looking for clues to previous deliveries that went down with the ship out there somewhere within the trade routes. Retrieving those lost cargo will earn players Merchant Alliance rewards and reputation, but getting the key to the Captain’s cabin will gain more rewards and treasures.

Taking down undead marauders for their Soul Fragments will net the Order of Souls weapon set in the process.

The Pirate Emporium has a new thing with Season One called Plunder Pass. Purchasing this will give players a big boost in earning Seasonal progression. It also nets them 11 premium Pirate Emporium items including Dark Warsmith Blunderbass, Eye of Reach, Pistol and Cutlass, and the proud Silver Skull Sails.

The Emporium also has some exotic Lunar Festival gear including ship livery and weapon bundle with an all-in-one pirate costume and matching pet outfits. New emotes have been added too and Order of Souls Possessed Pets can be purchased for cats and monkeys.

Performance Mode is available on Xbox Series X, which enables 120fps at 1080p. This will require players to have a TV capable of supporting 120hz before it can be switched on.