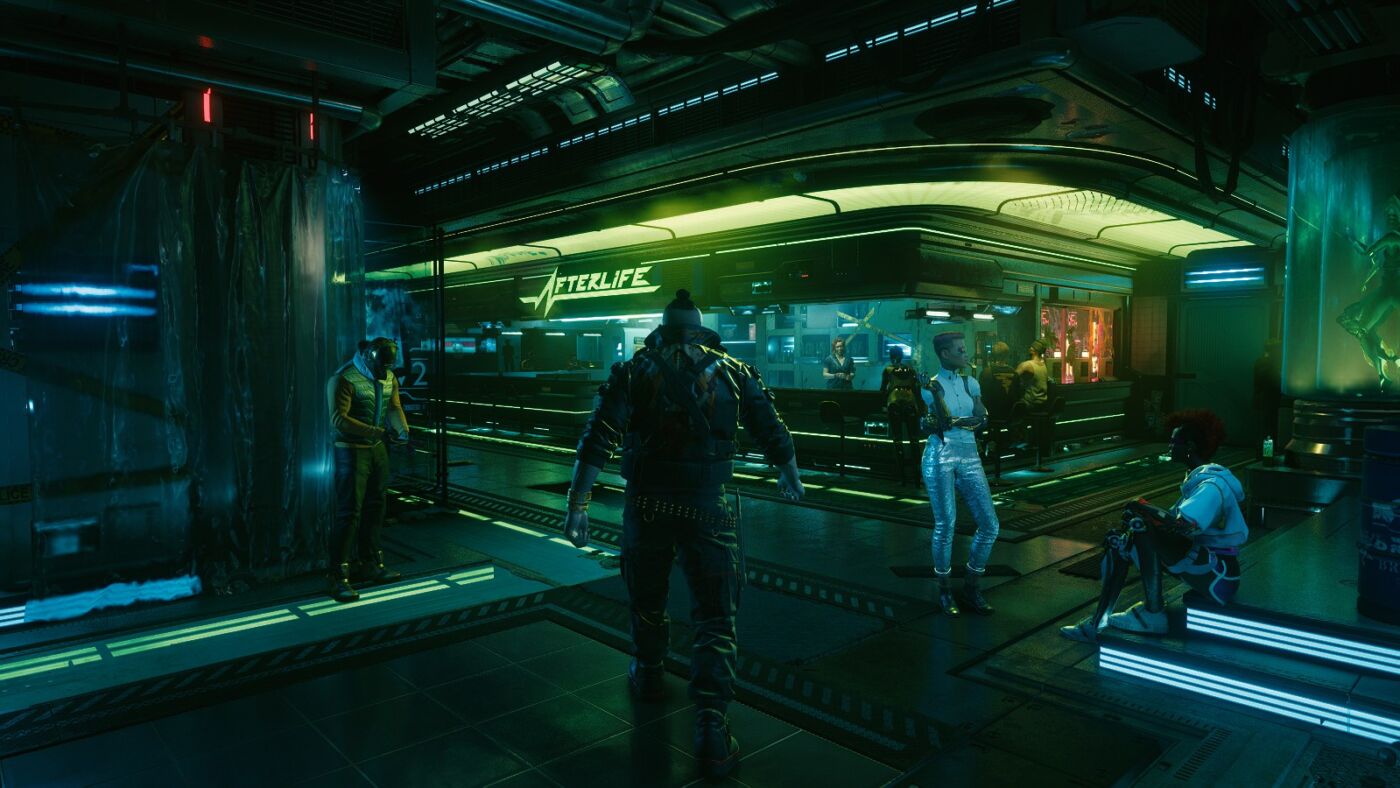 And it is massive. If you take a look at the patch notes CD Projekt Red left on their website you’d be reading for a good while. It addresses several issues the game is having particularly its bugs and performance issues. So the question is, is the game finally worth getting back into?

Now I know I said some pretty harsh things about this patch before its release. With the announcement on March 22nd regarding this update leaving me very doubtful. But now that it’s released you’re probably wondering if I changed my tune. Did Patch 1.20 finally fix everything wrong with the game?

Don’t get your hopes up. While the patch does indeed significantly improve the game to a much more playable state, there are still serious problems to be addressed.

One of the most glaring issues of Cyberpunk 2077 is in its police system. Or rather, lack thereof.

If you remember, NCPD would just teleport behind you shortly after committing a crime. Not only was this immersion-breaking but it was a frustrating mess and a telltale sign of the game’s rushed development. So how did Patch 1.20 address this issue?

You’re going to be disappointed to hear but police still spawn the same way they did before. The only real difference is the spawn distance. So if you’re parched up high on the roof and start shooting down below, NCPD will still appear behind you even if it takes them a little bit longer this time around. There are no car chases, no AI improvements, and nothing of actual substance when it comes to what is arguably the biggest flaw of Cyberpunk 2077.

On a more positive note, driving feels much better. No longer did I make those embarrassingly sensitive turns nor did the vehicles I commandeer feel wobbly. Driving feels more grounded in physics this time. But as I would occasionally hit other vehicles I can’t help but feel like I’m sitting in a bumper car.

Speaking of driving, pop ups are still noticeable when it comes to vehicles. Low polygon textures make themselves apparent for a few seconds before the car properly loads itself into the screen. It’s immersion breaking sure, but nowhere near as frequent as before I’ve noticed.

On another positive note, V finally sleeps like a normal person! So for those finding themselves peeved that our dark mercenary of the future sleeps sideways can finally put those frustrations to rest.

As for the actual performance of the game, it seems to be much better. I’m running Cyberpunk 2077 on high settings with an RX 5500 XT 4GB and hit a stable 40 FPS performance on 1080p. Before the update, I genuinely had a difficult time trying to run the game smoothly on such settings.

But before you think it’s a good thing, there are still quite a bit of major problems and missing features that CDPR needs to address.

From the moment I first booted up the game after the update rolled in, I was greeted by a bunch of thugs who wouldn’t react to my attacks no matter how hard I hit them with my baton. With one of them humorously yelling “Smash it! I want it in bits and splinters!” as I continue to beat the living tar out of his unreactive friends.

AI in the game is still massively unimpressive. With them running single file into my line of fire made me think that CDPR didn’t really do much in terms of adding actual intelligence into their NPCs.

It seems to me that their priority was stability and performance. Which makes sense, as they most likely have the goal of bringing the game back into PS Store after it’s removal from the platform for 3 months and counting.

If you’re thinking that now’s the right time to hop back into Night City then I can’t really say I recommend it. Cyberpunk 2077 still faces glaring issues that prevent a satisfactory experience. If you haven’t bought the game yet or did but haven’t touched it, then I’d recommend giving it a few more months.

I can’t quite say that I’m satisfied with Patch 1.20 but I’m far from as angry as I was when it was first announced. This is a significant step into making the game more playable, but unfortunately nowhere near as enjoyable as it should be.