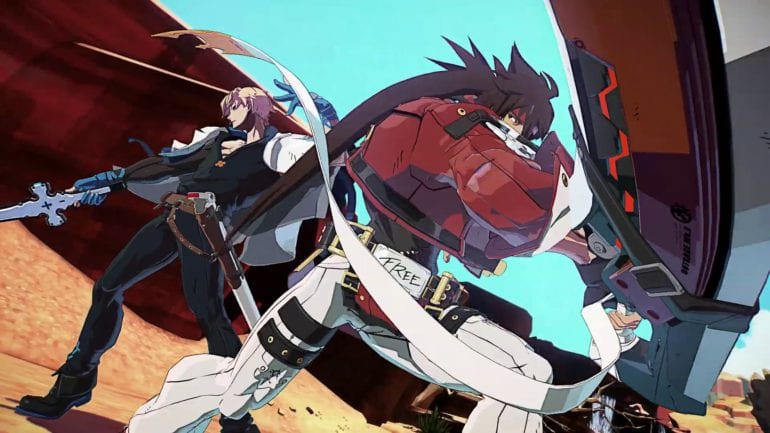 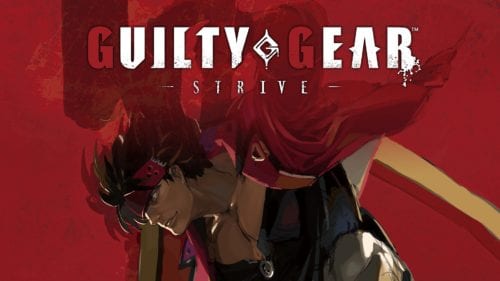 When it comes to the world of anime fighters, no one does it better than Arc System Works. 2018’s faithful and flashy Dragon Ball FighterZ brought Arc to a wider audience. After almost three years of continued support for FighterZ, Arc has returned to Guilty Gear and delivered the new king in the anime fighting game space with Guilty Gear Strive. Arc System Works does a fantastic job at creating a beautiful-looking game and, most importantly, creates a mechanically complex fighter that also demystifies the complexities of a hardcore fighting game for beginners.

Right off the bat Guilty Gear Strive hits you in the face with a crunchy heavy metal soundtrack and a visual feast of crisp and colorful anime characters. Arc System Works has never been lacking in the art department and for this release, you can tell that extreme care was taken into making every character look fantastic.

The entire roster is unique, well-drawn, and inspired; fighters pop and come to life in every match. Strive’s stellar art is not just limited to character models as almost everything in Guilty Gear just oozes “cool” especially when executing flashy overdrive moves that could fit into any Shonen Jump anime panel. Zoom-ins on counter-attacks, the crisp sound of a punch or kick landing, and destructive screen transitions after a wall break create a visual and audio experience that is just pure fun. There is no point during a round where your eyes and ears are bored.

GG is a five-button fighter with special moves that can be executed with combinations of the d-pad and one of the slashes, kick, punch, or heavy attack buttons. The fighting feels as good as ever, Arc perfected the craft of creating a crisp feeling fighting game a long time ago, and Strive is here to refine and rebalance what already was a great set of mechanics.

Guilty Gear Strive opts for a slower fighting style with emphasis on the neutral game. Where FighterZ relied a lot on the rush-down and combo chains, Strive decides to take a slower approach in its mechanics. Gone are fights composed of lengthy gatling combos that result in weak damage totals relative to combo length. Where FighterZ had simple one-button combos that could be chained together, each hit dealing slivers of damage at a time, Strive instead comprises many of its bread and butter combos out of two or three commands that could remove even up to half a health bar at a time.

By making every combo a potentially game-ending one GG Strive turns into an almost cerebral game as players stare down in the neutral, attempting to guess and counter each other. That great feeling of winning a match never gets old and Guilty Gear Strive does a fantastic job of making the stakes feel high and each win or loss is rewarding thanks to its reworked and balanced fighting mechanics.

New players should have no problem learning how to deal some serious damage fairly quickly and one of Guilty Gear Strive’s greatest accomplishments is its comprehensive tutorial mode. Fighting games are not for the faint of heart, they’re difficult, complex, and require practice and dedication to get the most out of them. So many new players fall through the cracks and give up before finding their potential in fighting games; however, Guilty Gear Strive adds a mission-based tutorial mode that serves to aid and guide new players that may not understand all the mechanics, terminology, and minutiae that goes into understanding a fighting game.

These detailed missions do a great job at ingraining the mechanics of Guilty Gear into a new player’s muscle memory as it forces you to complete a lesson at least three times before allowing you to continue. Seriously, these missions are so in-depth that you’ll even learn countermeasures for character-specific moves. Guilty Gear Strive is easily the most accessible and beginner-friendly Guilty Gear game and a great starting point for those getting into the series or even just fighting games in general.

The story mode blends all of Guilty Gear’s style together and provides a non-interactive movie as the main story-based single-player aspect of Strive. Guilty Gear once again foregoes the typical fighting game trope of having cutscenes interrupted by a CPU fight to further progress the story. Instead, the single-player element is essentially a small season of anime that functions to give the rest of the game its lore and backdrop and for what it is, it is pretty entertaining. Guilty Gear’s lore is very deep as the series is over twenty years old at this point and, unless you’ve been with the series for a while, you might be lost if this is your first Guilty Gear game. The lack of a true single-player campaign does create a shallow pool of options when it comes to the single-player experience but the main story is a fun ride and exciting to watch.

Strive’s main focus is around online play and Arc System Works knocked it out of the park with their online infrastructure. When it comes to fighting games, online play has always been an inferior experience because every frame counts and internet latency can throw off the whole game, especially in high-level play. Thankfully, Arc System Works has implemented rollback netcode to this year’s game and the result is a smooth online experience. While testing the game against players across the country the fighting experience felt stable and far better than any delay-based system that is implemented in older and even contemporary fighting games. Rollback netcode is the present and future of fighting games and it is great to see Arc embracing it. The stability of online play is critical to the success of a fighting game in the long term and Arc System Works nailed it.

Where Strive does drop the ball sometimes is the lobby system as it makes everything outside of playing a match feel very sluggish. Thanks to long “communicating with server” load times and some tedious feeling lobbies, where you must control an avatar and have to physically find someone to fight, the time from booting the game to getting into online play takes a while. Scurrying around a lobby looking for an open space to fight someone in is obnoxious, I just want to play the game.

There is a more traditional matchmaking mode but it has proven to be a bit unreliable, at least compared to the lobby system that GG would like you to use. This mode occasionally drops connection just to place you into a lobby anyways and we’re back at square one trying to find someone who will give me the time of day. I’m sure in time these issues will smooth out and if FighterZ taught us anything it’s that Arc will stick with a game for the long haul but for now the lobby system is more of a pain than a boon.

Overall Guilty Gear Strive is a great game. Arc System Works really took the time to create a tight and refined fighter that is only complemented by a rock-solid online component. For a game series over twenty years old, Strive is the most accessible in the series for newcomers by far, and if you never have played a fighter but think this one looks neat then by all means jump in. There is a lack of single-player options and the lobbies can feel clunky and tedious but, once you’re in the heat of a match, these issues simply melt away. 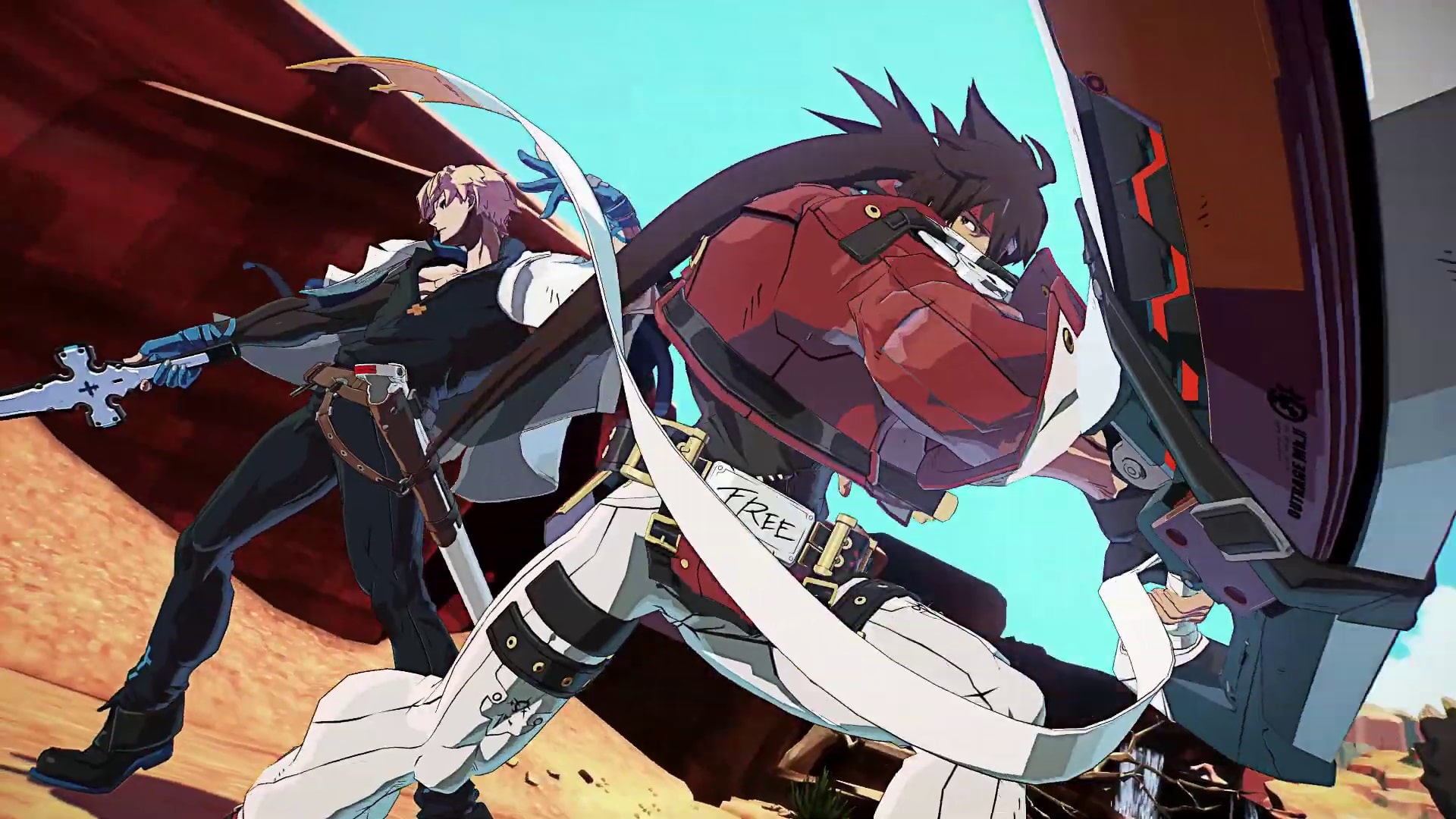 Guilty Gear Strive – Review
Score Definition
When the issues of a game are rolled and stomped by its greatness, then it’s something to invest on if you have some spare.
Pros
Fantastic rollback netcode
Refined, polished and fresh take on Guilty Gear fighting
Deep and rewarding game mechanics
Colorful and interesting roster
Excellent mission mode for newcomers
Cons
Clunky lobbies
Lack of single-player options
8.5
Great 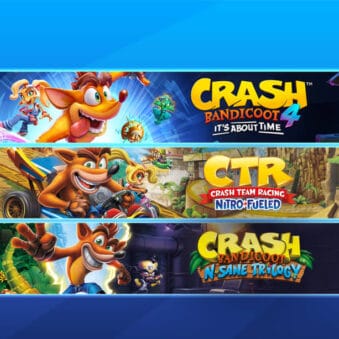