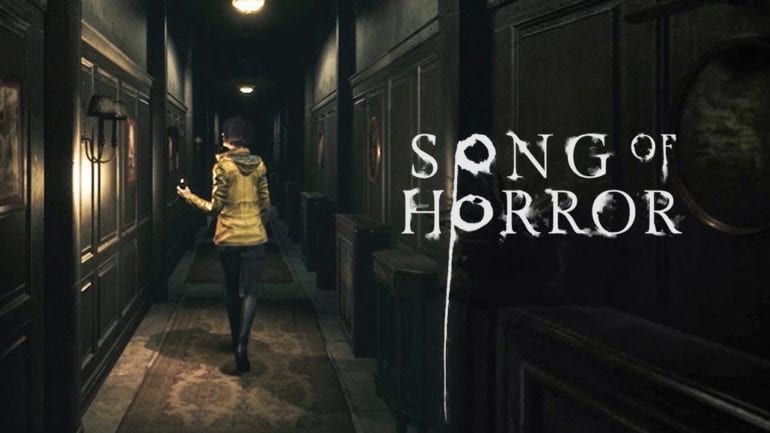 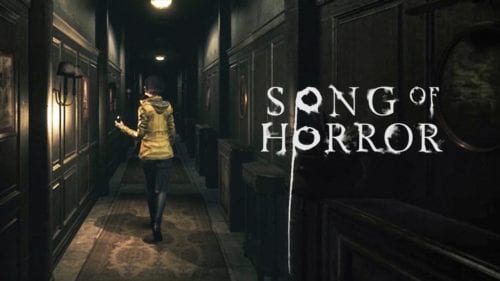 “I’m not stupid enough to go in there,” was a phrase frequently said as I played through the Song of Horror. Slowly moving around the environment and listening through doors was a favorite strategy of mine in order to stay alive. In this game, sound is your enemy.

Song of Horror does a good job letting fear fester into the hearts of players as it allows the game to play tricks on our minds. It will ask you to listen for sound cues through doors if there’s a game over waiting for you on the other side.

It’s easy to tell the passion the developers have for the classics as this is reflected in the game’s difficulty settings: ETA Hoffman, MR James, and Edgar Allen Poe. Each being a placeholder for Very Easy, Easy, and Standard Difficulty. Finishing the game in either MR James and Edgar Allen Poe even unlocks the HP Lovecraft difficulty, which is essentially the game’s Hard mode.

Like Lovecraftian tales, Song of Horror pits you against an unrelating horror with little to no way to actually fight back. The game takes clear inspiration from works such as Resident Evil, Fatal Frame, Silent Hill, and Alone in the Dark with numerous nods to those franchises hidden throughout each level. If you’ve played those games, you’ll feel right at home with this one.

Unfortunately despite doing a lot of things right, Song of Horror a few inconveniences that wind up being a burden to the overall experience. Let’s start with those.

For starters, the movement. It’s traditional tank controls, a game perspective that’s almost dead in modern gaming. While I welcome the return of these tank controls, it’s unfortunate that the developers chose to go for 3D tank controls rather than 2D tank controls. Think Silent Hill 4, but done a little better. I found myself often stumbling where I didn’t want to go as I moved the joystick to a certain direction, my character would often go another way bumping into furniture. It’s almost as if the game doesn’t quite properly register where the camera is and interprets me going up when I want to go left. This is especially notable when I was in a room where the camera cuts to a lot to a different perspectives. While this was an annoyance, I found it mild at worst but tolerable.

A big annoyance I experienced however was when it came to the pause menu. Specifically when you go to the settings. I’m not sure if this is unique to my playthrough, but whenever I would pause the game in the base PS4, go to the settings, then unpause it the pause menu seems to break. When I paused it again subsequently, I’m now seeing the settings menu instead of the default pause menu which I’m supposed to be seeing. I was first perplexed as to why none of my inputs were working. When I pressed the circle button the game would take me back to the main menu as if I picking the option to save and quit. It would happen every time I paused and entered settings in the middle of a playthrough. I winded up avoiding the settings menu all together except for when I’m in the main menu. Hopefully, this will be patched in the future.

Song of Horror is a genuinely scary game. However, much of that relies on well timed jump scares, creepy atmosphere, unpredictability, and tension building up. Whenever encountering actual dangers, you’re stuck to doing quick-time-events in order to avoid dying. In certain scenarios, the game will encourage you to hide and wait for the danger to be over. This isn’t necessarily a bad thing, but encounters being delegated to a QTE can feel a bit underwhelming. Admittedly, in any Lovecraftian inspired works, guns and brute force rarely works so there might not have been a way much around this.

Character models can also be rather uncanny. Despite the environment being rather well done, models for characters can come off as creepier than some of the monster designs themselves. The way their mouth moves when their speaking, the developers didn’t seem to make any effort when it comes to lip sinking the already atrocious voice acting in the game. It’s easily the most distracting and immersion breaking aspect of the game.

The Song of Horror does a lot of things well despite its flaws.

To start with, the game relies on AI to help build the experience. You’ll be constantly monitored by it and it will act upon what you do. Stay in a room for too long? The Presence will start coming after you. Make too much noise? That’s a death sentence. Depending on what you do, the AI will pull off a series of scares that will screw with your mind. This makes each repeated playthrough possibly different. I could never quite figure out just what triggers the AI to start doing something.

There are 5 episodes in the game. There are a total of 13 playable characters and you’ll have a different roster to pick in each episode. Some characters will be recycled depending on whether or not they survived the previous episode. Each character has their own traits, source of light, and stats which you can take advantage of and utilize to your benefit. I did feel that some characters were clearly better than others with better sources of light and better stats. They also react differently when conducting their own investigations. I always felt on edge especially when I play as someone I’m actually fond of as the risk of losing them permanently always loomed.

You heard right. Song of Horror has permadeath. If your character dies, you’ll be forced to switch to another one. This gives tension as you do have limited characters to play as. Lose every available character for an episode has you resetting the stage. The good news is that if your character does die, progress is kept. This permadeath will have you on your toes as you risk losing the character you’re playing for your playthroughs for good. This will also mean fewer playable characters in the next episode should they have been available. Should you feel that this feature is annoying, you can turn it off by lowering the difficulty to ETA Hoffman.

At times, this can be tempting as things can feel rather unfair. The game can kill you abruptly should you choose to take certain actions. While in other horror games taking risks can be rewarded, Song of Horror discourages this. Instead encouraging you to take things slow and frequently doubt yourself. Should you feel that something is risky you’re better off taking another alternative. I did feel that some deaths were rather cheap, as various traps can have almost no indication.

Song of Horror has a pretty decent replayability value. If you didn’t get the chance to have a perfect run, you can always try an episode again. There are a total of 5 of them each in various different locations. And chances are you most likely won’t get a perfect run in your first try.

So should you buy Song of Horror? If you’re a fan of the survival horror genre, then this game is definitely for you. This game has our full recommendation for those seeking a haunting experience with interesting mechanics. For a survival horror where you can fight back in, check out my Resident Evil 8 Review or for a similar game to this one, check out my review for The Medium.. 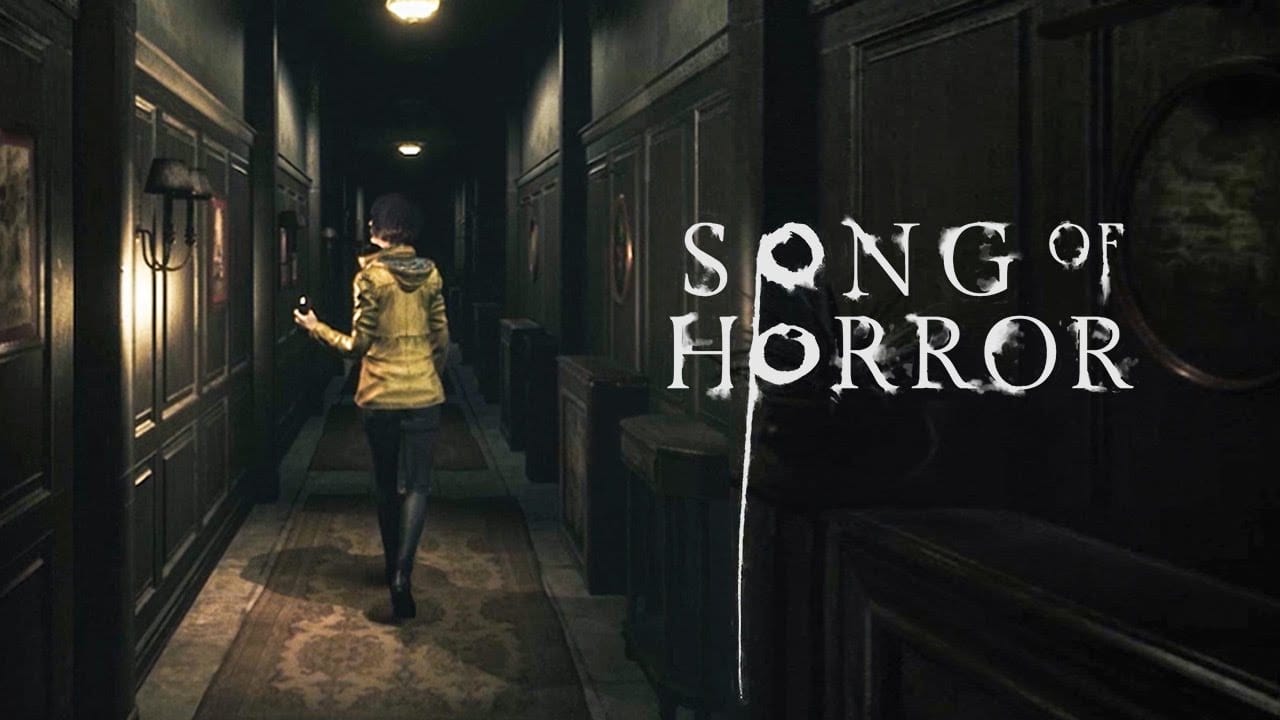 Song of Horror – Review
Score Definition
We tell you, it’s a good game! It’s not average! It might have some problems here and there, but you have to admit it is a “Good” game.
Pros
Eerie Atmosphere
Well Built Up Scares
High Tension
Great Environments
Cons
Wonky Controls
Broken Settings Menu In Pause Menu
Bad Lip Sinking and Voice Acting
7.5
Good