You need to be online to play with the bots unfortunately. 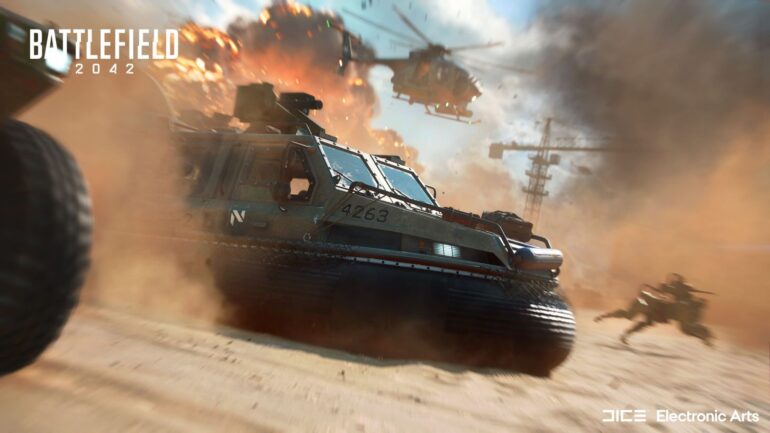 Game company Electronic Arts recently shared some new facts about upcoming video game Battlefield 2042 in regards to the bots filling up the servers.

EA recently gave more details about the game and this time the one that really got on the spotlight was the AI soldiers that would fill up the servers. Here are the facts so far:

The AI soldiers do have limitations though. They are not designed to be Specialists thus they cannot use Traits and Specialties. They can do some tasks like using the vehicle call-in system and engaging with vehicles, or capturing objectives but that is just it. They cannot even use the Wingsuit.

Now here comes the bad news. Players will not be able to opt-out the AI Soldiers since it will be used to backfill servers. They can, however, limit how many AI Soldiers to include in a multiplayer match, but it must not be zero. Also, they will not experience more AI Soldiers than players unless the match is still filling-up or almost empty. The players will be the first priority over the AI.

When a player leaves a match, an AI Soldier will temporarily replace that player until a new one will join the game. This was done in order to ensure players will not have any difficulties in matchmaking and just fully enjoy the game.

And another bad news. Players can go solo and play with AI Soldiers to practice, but they cannot go offline with them. They need to play ONLINE to play with the bots. This could be a bit troublesome for those who just want to have a good time on their own and without online connection (for some reason), but that is the requirement in order to play with AI Soldiers.

Battlefield 2042 will launch on October 22, 2021 for PlayStation 4, PS5, Xbox One, Xbox Series X/S, and PC. Yesterday, details about crossplay and other “cross related” features were announced.