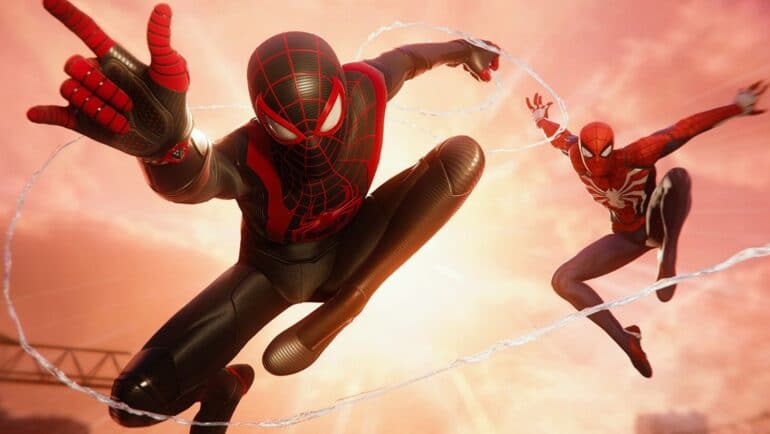 Insomniac Games has recently leaked that next Spider-Man 2 is in the works and many Spidey fans are wondering which of Spider-Man’s rogue gallery may appear as possible villains. So far, a lot of teases have been made through the epilogues of Spider-Man PS4 and Miles Morales Spider-Man game. So in this article, let’s explore and know who could Spidey face in the next sequel:

In the ending of Miles Morales Spider-man, Curt Conners was seen with Norman Osborn releasing Harry from his stasis pod. Chances are, we will see him not only in his human form but as well as in his reptilian form, also known as the Lizard.

The Lizard first debuted in the Spiderman comics in issue #6 of the Amazing Spider-man comics. In the comics, Curt Connors is a geneticist who researched the ability of certain reptiles to regrow missing limbs, and developed a serum that would allow humans to do the same, using lizard DNA as the basis. However, when he decided to test it on himself, hoping to regenerate his missing right arm, he transformed into a feral anthropomorphic lizard. While Spider-Man was able to restore him back to normal, the Lizard remained part of Connors’ subconscious, and would be unleashed time and time again to wreak more havoc and try to establish himself as the dominant personality.

The Lizard’s general goal is to replace the world’s population with creatures like himself, while Connors attempts to keep his reptilian alter ego under control and find a way to be rid of him for good; in some reinterpretations, Connors is able to control his transformation, and only uses the Lizard as an excuse to commit heinous crimes himself.

During the main mission of Spider-man PS4, we saw a Halloween party event that featured some of students wearing costumes of either Spider-Man or one of his enemies. One of them in particular was Mysterio. Since Mysterio was featured in the Marvel Cinematic Universe as the main villain of Spider-man: Far from Home, and was a big hit among fans and movie goers alike, fans are asking if Mysterio will be part of the video game verse as well.

Mysterio aka Quentin Beck debuted in issue #13 of the Amazing Spider-man comics and is a special effects wizard and stunt man working for a major Hollywood studio with dreams of making a name for himself in the film industry. However, he came to see his career in special effects as a dead-end job. His attempts to become an actor were poorly received, but he realized that his expertise in illusions could make him an effective criminal.

In his first battle with Spider-Man, he frames Spider-Man for robbing the Midtown Museum. During the fight, Mysterio obstructs the hero’s spider-sense with gas and dissolves Spider-Man’s webbing with a chemical abrasive, leaving Spidey at his mercy. However, Spider-Man tricks Mysterio into revealing that he robbed the museum. For all his arrogance, Mysterio failed to realize that Spider-Man captured the conversation on tape.

Mysterio was then jailed, blaming Spider-Man for his ruined career.

One of the Easter Eggs found in Spider-man PS4 was a vial containing sand. But it wasn’t just any old sand. It was a sample belonging to Sandman. It is possible that should Sandman be part of the Marvel’s video game series, he will play a huge part as one of the villains in the next Spider-Man 2 game.

Sandman aka Flint Marko first appeared in Amazing Spider-man #4. Marko clashes with Peter Parker/Spider-Man in high school for the first time. He escaped Spider-Man in his first battle, but later Spider-Man found the Sandman hiding in his school. He defeats Marko with a vacuum cleaner and handed it over to the police. The Sandman escaped by getting through his window after turning himself to sand again, but was recaptured by the Human Torch after the Torch lured the Sandman to a building by disguising himself as Spider-Man, he then activated the sprinkler systems.

After a while the troubled youth resurfaces as a member of the Sinister Six, led by Doctor Octopus. He battled Spider-Man inside an airtight metal box, which was activated when Spider-Man touched a card saying where the Vulture was, but the Sandman was defeated due to Spider-Man having stronger lungs than him.

Nothing scares little lambs more than a hunter and what’s more frightening than having to face a tough hunter like Kraven the Hunter. Known for his hunting skills, Kraven the Hunter has hunted down and battled Spider-man in numerous occasions and has caused physical and mental damage to Spidey’s physique leading him to his darkest days.

Kraven the Hunter aka Sergei Kravinoff debuted in Amazing Spiderman #15 and is a maniacal big game hunter who seeks to defeat Spider-Man to prove that he is the greatest hunter in the world. Unlike other hunters, he typically disdains the use of guns or bow and arrows, preferring to take down large dangerous animals with his bare hands. He also lives by a code of honor of sorts, choosing to hunt his game fairly. He consumes a mystical serum to give himself enhanced strength and dramatically slow the aging process.

Kraven was trained as a hunter by a mysterious man named Gregor, a mercenary who once battled Ka-Zar. Kraven was, at one point, the lover of the voodoo priestess Calypso. He is contacted by his half-brother the Chameleon to defeat Spider-Man. He leads Spider-Man to Central Park with the help of the Chameleon, who disguises himself as Kraven to use himself as a decoy while the real Kraven ambushes the hero.

Despite Kraven having weakened Spider-Man with a poisonous dart, Spider-Man prevails in the end. Spider-Man proves a frustrating quarry because Kraven continually underestimates the superhero’s resourcefulness.

In the epilogue of Spider-Man PS4, a scene where Norman reveals the whereabouts of his son, Harry in a stasis pod filled with some green substance. In that scene, Harry is seen being bonded with black symbiote that slowly preventing or rather healing Harry’s sickness. This scene speculates that Venom will be making an appearance in the next game and it is unconfirmed whether or not Harry will be the host and if it is, Spider-man will be having a tough time dealing with him as shown in previous encounters he had in the comics.

The Venom symbiote first appeared in Marvel comics in Secret Wars #8 after Spider-Man’s costume was badly damage during a fight against numerous villains. Hulk and Thor recommended Spidey to have his costume fixed with the help of alien technology that he thought can print him a new costume but was actually an alien prison meant to keep outsiders away. After donning the black symbiote suit and surviving the Secret Wars event, Spider-Man continued to use the black suit as it gave him not only a new look but also improved strength, agility and unlimited webbing to fight bad guys. However, after a shocking discovery, Spidey noticed that the more he used the black suit, the more violent he became. In order to prevent himself from going crazy, he and the Fantastic Four tried to get rid of it. However, the black symbiote escaped and found itself a new host under the guise of Eddie Brock.

Eddie Brock first appeared in the comics without the black symbiote in the Web of Spider-man #18. Starting his career as a failed reporter unwittingly due to the actions of Spider-Man, Eddie would go to Our Lady of Saints Church to ask God for forgiveness before attempting suicide. However, the symbiote that was earlier discarded there by Spider-Man sensed his anger and merged with him, becoming one of Spider-Man’s deadliest foes. He, then, appeared as Venom in Amazing Spider-man #299 and started to attack Spider-Man and his loved ones causing them pain misery during and after their encounters.

Green Goblin is one of Spider-man’s greatest nemesis and is known to be a very dangerous man. As shown in the game, tons of Goblin related tech is seen in the game and hints the fact that the Green Goblin might make his appearance. A inevitability well known to everyone.

Green Goblin made his first appearance in the comics in Amazing Spider-man #14 and has made a name for himself as being one of the greatest villains of the Marvel universe. Norman Osborn became the goblin when he was exposed to an experimental formula which enhanced his physical abilities and intellect, but also drove him to insanity.

Having endured as Spider-Man’s archenemy, Osborn has been part of the superhero’s defining stories as well as being the father of Harry Osborn and Gabriel Stacy, the grandfather of Normie Osborn, and the killer of Gwen Stacy, Ben Reilly and Flash Thompson.

Knowing that these potential villains might come out in the next Spider-Man 2 game as possible encounters, fans will be surely be attentive to the reveal of the next sequel. More news about the Spider-Man 2 will be revealed in the coming future as Insomniac is already starting the development of the sequel as hinted by the actor of Miles Morales, Nadji Jeter.

That’s it for our list of possible villains who could potentially be in the upcoming Spider-Man 2 game. There are some certain favorites and dark horses, for sure. And we can’t wait for official news on them.

For more updates on Spider-Man 2 and its possible villains, check back here with us on Sirus Gaming! 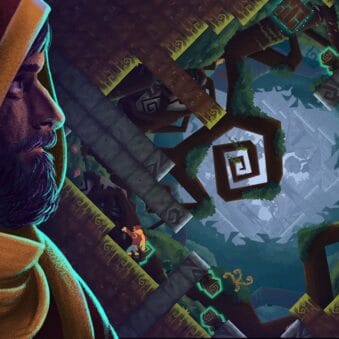 Tetragon Puzzle Adventure Coming to Steam and Consoles Next Month